Nasa says it will not regulate private missions to land people on Mars but would offer advice if it felt lives were in danger. 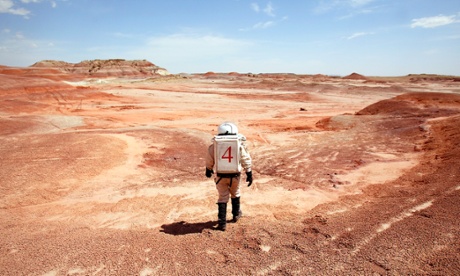 It’s like an interplanetary re-telling of the famous tortoise and hare story. Nasa and the world’s other space agencies are pursuing a careful, long-winded programme aimed at landing astronauts on Mars by 2035. Private organisations, such as the not-for-profit Mars One, are claiming that they can do the same thing by 2025.

This distinct two-speed approach begs questions. Is Nasa being over-cautious? Are the private organisations being reckless?

Over-caution could mean over-spending, and with space budgets around the world continuing to be under pressure, expensive programmes mean delays and even cancellation. On the flip side, trying to do things quickly could mean cutting corners and with space being such an unforgiving environment, that would almost inevitably cost lives.

With current technology, a voyage to Mars and back would take around three years. That’s a lot of time for things to go wrong, and to encounter unexpected difficulties.

At one point Stofan touched upon the challenge from private organisations. She explained Nasa’s position simply, “We want to make sure we get living astronauts to the surface of Mars. For us, that is a non-negotiable position. There is a lot of work to do, that's why we need all of the space agencies around the world working together.”

She continued: “A lot of work needs to be done before we can ethically ask someone to go and do this. Our primary concern is getting our people there safely and giving them the option of coming home.”

The private Mars One project intends only to send humans to Mars. It does not promise to develop the technology necessary to bring them home afterwards. Undeterred, 200,000 people reportedly applied to go.

At a small press gathering after the event, I wanted to pursue the points that Stofan raised. It seemed to me that such a statement belied some underlying concerns about the safety of the private initiatives.

Nasa is the most experienced organisation in the world at sending humans into deep space. I wondered at what point does it speak up and say publicly that it thinks a private company’s promise to send humans into space is endangering lives?

Adams said that although Nasa does not have a regulatory function over private companies, he thought the agency would comment if it saw something that was clearly reckless.

Stofan was more forthright. “We would certainly comment. All of these plans with all of these companies coming forward and saying that we would like to do this by 2021 or 2025, there’s not a lot of details that we have heard behind those plans. Once there were more details or if there was something we thought was going on that we thought was risky, of course, we would be happy to serve on review panels and give our technical and expert opinion on what was happening.”

Adams then explained about a comparable situation that is happening now with the B612 Foundation, a group of investors and philanthropists who intend to discover asteroids that could pose a danger to Earth: “They came to us and said we don’t really want Nasa to invest in this but what we want is your expertise. And so there was an agreement that was written that Nasa would supply experts to sit on review panels, and advise them and their investors about the progress and technological viability of the mission. I can imagine the same would be true [for manned missions].”

“I’ve heard Charlie [Bolden, the Nasa administrator] say that, if they want our expertise or advice then we’re more than happy, but not our assets,” said Stofan.

So, Nasa is ready to advise private companies on the safety of their plans to send humans to Mars. The question is, will the companies accept the offer?