The private-space industry is booming – and weaning off federal money. Why is Congress still wasting billions on a mini-Apollo? 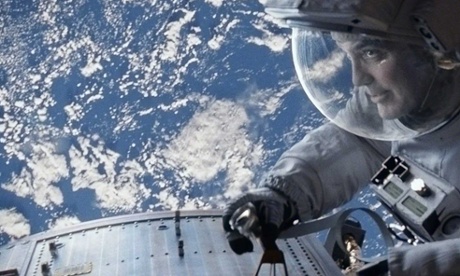 "Elon Musk," the satellite industry insider told me over a beer, "has got to be the luckiest son of a bitch alive."

Musk – the insanely dedicated, wealthy and polarizing founder of PayPal, Tesla and Space Exploration Technologies (SpaceX) – is on a hot streak when it comes to spaceflight. He's raiding revenue streams from Nasa and the US military to fund a private manned space program. His main weapon: low prices, with SpaceX offering satellite launches at about one-fifth the price of competitors at just over $60m a pop.

Sooner or later, the haters say, Musk's streak will end in a fiery accident, or a satellite horribly deployed. That kind of disaster, naturally, would undercut the current soaring confidence in SpaceX, from investors, private-space believers and even taxpayers.

Another group of doubters on Capitol Hill say the industries needed to keep private space exploration viable simply don't exist, necessitating a mini-Apollo push from Nasa, despite soaring progress from the Elon Musks of the world and soaring prices for government programs.

"There's a sense that America is falling behind, with our best days behind us," lamented Rep Lamar Smith of Texas on Wednesday, at yet another painful hearing of the House Committee on Science and Technology. "Today, America's finest spaceships and largest rockets are found in museums rather than on launch pads."

He's wrong: Right now there are more space spacecraft and launch systems being designed and tested than any other moment in human history. Smith and others in Congress may be hooked on pork for their districts, but Washington doesn't know how to build a space program. Inconsistent planning and politics have so stultified Nasa, after all, that America today has no way to launch people into space.

Three years ago, Congress mandated $10bn in federal spending to develop a capsule-carry rocket, reversing President Obama's own reversal away from George W Bush's manned spaceflight program. Now the administration underfunds the effort, wasting billions with nothing to show for it.

Meanwhile the US Treasury started writing checks to Russia for manned space rides to the International Space Station (ISS) at more than $60m per seat. It's still writing them.

Startups like SpaceX have already started launching private satellites to wean themselves off the government money that helped them get started. But the private-space industry will need customers, and that's where Congress could actually help. Politicians seem dead-set on handing out money – aerospace firm contracts, government programs, whatever creates jobs in Florida, Alabama or Texas – so why not help seed the space industries that will use startup-company rockets?

After all, it's more than thrill rides to the edge of the atmosphere. Asteroid mining operations, space-based power stations, orbital manufacturing centers and zero-G research labs are some fertile areas for private investment that could spur manned space travel. Government funding – even small demonstration programs of $25 to $50m – could absorb some risk and demonstrate new technologies.

That's how SpaceX found its footing. Musk's satellite-launching business funds his effort to fly people to space, and not just for a few minutes like Richard Branson's Virgin Galactic and other space tourism companies. Musk wants to go farther – to Mars, and by 2026, a decade before Nasa's most optimistic plan.

He will use Nasa money to help develop the hardware to get there. SpaceX is one of three companies hired to fly cargo to the ISS, and now the company is one of three trying to compete to deliver astronauts to the station. That manned development program costs Uncle Sam $800m for three private development programs. That's a relatively cheap government investment for some private-sector ingenuity, and it's already going a long way to making spaceflight look more like airline travel.

Ah, human spaceflight: it's either the savior of the species or a colossal waste of billions of dollars. Who needs to send humans up there when we've got to fix things down here, right? But human spaceflight is changing. It doesn't have to be all about giant, budget-busting government programs anymore. When space explorers can fund themselves, the ever-present "taxpayer money could be better spent" argument is irrelevant. Shareholders can defend themselves against idiotic waste better than taxpayers can.

I used to agree that Elon Musk was a lucky SOB. Then, year after year, his launch successes started adding up and his prices remained a bargain – at least as far as the bargain basement for rockets goes. I visited the SpaceX launch pad in Florida, the company headquarters in California, interviewed him one-on-one. He comes off as cerebral but lucid, awkwardly confident, and deeply appreciative of innovation. Launching rockets and building spacecraft is not a job for the lucky. It's not that type of gamble.

Musk may just be one of those industrial titans who come along in history to smash barriers. And the one he's busting really matters: cheap rockets are the key to opening up space, because that first step off the planet is the hardest. Once comfortable in our solar system, human beings can push even farther: space telescopes have ID'd potentially habitable planets circling other stars; new propulsion systems could send robot probes there, and experienced human explorers would follow.