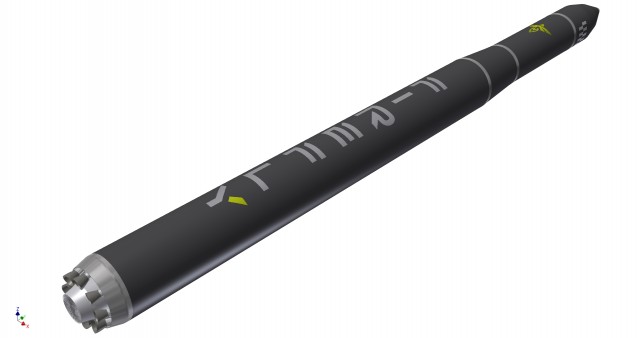 CEDAR PARK, TEXAS—Former SpaceX engineer Tom Markusic has brought Firefly Space Systems to the outskirts of Austin to make rockets and chew bubblegum, and he’s all out of gum. Standing in the vast field on the outskirts of the Texas state capital watching Markusic flitting between clusters of workers welding together test stand equipment, it's easy to get caught up in the man’s vision of democratizing access to space—a vision of filling that vault of empty sky above our heads with countless twinkling lights.

That’s the genesis of the company name: Firefly Space Systems. It isn’t named after the TV show, as many people commonly assume. Rather, Markusic says the name came to him one evening while sitting on his back porch, watching fireflies dance in the air over his lawn. One day, he believes, that’s what the sky above Earth will look like—filled with spacecraft ferrying people to Mars, in a journey as commonplace as going to the store might be today.

But to get to Mars—really, to get anywhere at all—we’ve first got to make it easy for people and equipment to claw their way up out of Earth’s gravity. After all, as the Heinlein quote on Firefly’s website explains, "When you’re in low Earth orbit, you’re halfway to everywhere." Making that first hundred miles easy and affordable is what Markusic wants to do.

Firefly is a "new space" company, a term that differentiates it and its contemporaries, like SpaceX and Blue Origin, from "old space" stalwarts like Boeing and Lockheed-Martin. "Old space" companies built Apollo and the Space Shuttle and the ISS, but it’s becoming increasingly clear that the ossified "old space" model of multi-decade government contract work and hidebound development and accounting practices doesn’t own access to orbit anymore. We’re entering the "new space" era where small agile companies stand on the shoulders of the slow-moving giants and send not just billion-dollar government payloads and multi-PhD-equipped astronauts into orbit, but cheap small payloads and possibly even tourists.

Metal rockets are for suckers

But before Firefly gets around to sending people into orbit—something Markusic says is on the long-term roadmap—the company is first focusing on building its first launch vehicle, the Firefly Alpha (styled as the "Firefly α," using the Greek letter). The design of that rocket is what made Ars gravitate toward exploring Firefly’s story in the first place: rather than walking down more traditional rocketry paths, the Alpha will be constructed from composites and will use a methane-fueled plugged autogenously pressurized aerospike engine.

That’s a technological mouthful, but it’s not that hard to understand—especially with the benefit of Markusic’s whiteboard explanation. (In addition to being Firefly’s CEO, Markusic was a former director at SpaceX and holds a PhD from Princeton in Mechanical and Aerospace Engineering.) We’ll take it piece by piece.

First, there’s the composite rocket body. Rather than casting and welding its rockets out of hunks of steel and aluminum and titanium, Firefly plans to weave launch vehicles out of carbon fiber, which will have two distinct advantages. First, the material will be lighter than metal, and weight is a precious commodity in a launch vehicle. Every gram of a rocket’s structure brings with it a cost in fuel. Second, the strength of the composite body lets Firefly use autogenous—that is, self-pressurizing—engines.

Engine pressurization isn’t an immediately obvious requirement for a layperson to grasp, but it’s a requirement nonetheless. To make a rocket burn fuel, you have to get that fuel from the tank to the combustion chamber. Pushing the fuel out of the tank requires exerting pressure that exceeds the pressure in the combustion chamber (the "chamber pressure"). Traditionally, this pressure is exerted by some combination of mechanical pumps pulling on the fuel and also by pumping an inert gas, like helium, into the part of the fuel tank not occupied by fuel. As more fuel is expended, more pressurized gas is pumped in, keeping the fuel under the appropriate amount of pressure. At the end of the burn, you wind up with a tank of pressurized helium (and some residual propellant), which must then be dumped.

Hauling up that pressurized helium and pumping it requires its own separate set of tanks and pumps and valves and control systems, which in turn means more complexity and, worse, more weight. Rather than introduce an inert gas to keep its tanks pressurized, Firefly’s rockets are autogenously pressurized. This means they completely pressurize themselves by converting some of their own methane fuel to gas and feeding that gas into the tank; at the end of the burn, the tank is then filled with pressurized propellant gas, which can also be burned for some additional thrust.