Buzz Aldrin to NASA: 'Get Your Ass to Mars' 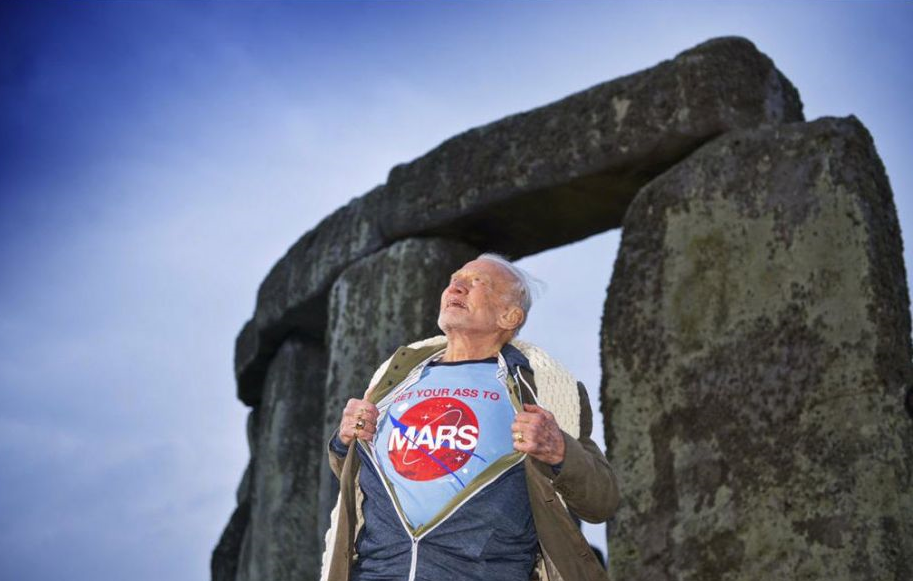 Note to NASA (and more specifically, the people who fund it): one of your most famous crew members wants you to get your as-tronauts in gear.

Earlier this week, the delightfully cranky and always outspoken Buzz Aldrin posted an Instagram photo of himself standing in front of Stonehenge, staring determinedly towards the heavens wearing a shirt proclaiming "Get Your Ass to Mars" over a reworked NASA logo.

Born Edwin Eugene Aldrin Jr., the astronaut affectionately known to the ages as "Buzz" was a member of the Gemini 12 and Apollo 11 space missions and the second person to walk on the moon.

By that time, Aldrin would be age 105. Perhaps he's just in a hurry to check out all of those UFO and alien "sightings" recently spotted.

Aldrin's Mars shirts were recently made available for purchase on his ShareSpace store.