Showing posts from June, 2015
Show all

There are so many competing ideas on how to realize interstellar propulsion. These include chemical rockets, ion propulsion, nuclear engines, solar sails, atomic bomb pulse detonation, antimatter drives, small black holes, warp drives and much more.

How do we sift through all these competing ideas?

For his objectivity and courage in stating that mathematics has become so sophisticated that it can now be used to prove anything, I have named the approach to solving this interstellar challenge the Kline Directive, in honor of the late Prof. Morris Kline.

To achieve interstellar travel, the Kline Directive instructs us to be bold, to explore what others have not, to seek what others will not, and to change what others dare not. T…
Post a Comment
Read more

The two-minute Blue Origin video features Jeff Ashby, the company's chief of mission assurance and a former NASA astronaut, describing what the private trips will be like, as well as the life-changing experience of going to space. The video also features a computer animation showing passengers floating weightless inside the rather roomy Blue Origin space capsule, and staring out its wide windows when they reach suborbital altitudes above the Earth.

"Why does this experience change who you are at the deepest level?" Ashby said in the video. "It's one of those rare life-defining moments that you have to experience for yourself.

Blue Origin was founded by billionaire and Amazon.com CEO Jeff Bezos. In April, the company performed a test flight of its suborbital New Shepard spaceship, which includes a six-passe…
Post a Comment
Read more

KEPLER DATA HELPING HONE IN ON ‘OTHER EARTHS’ 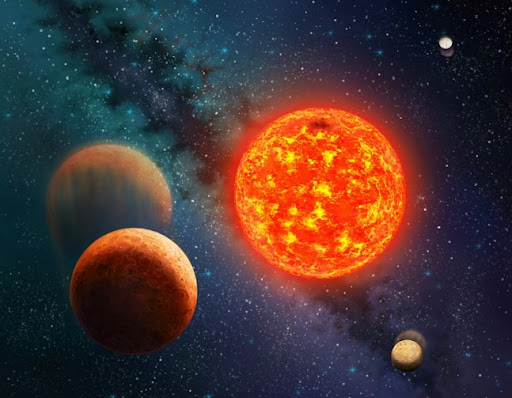 Astronomers have used data pulled from NASA’s Kepler Space Telescope to find a world about half the size and a tenth of the mass of Earth. Estimated to be roughly the size of the planet Mars, the world called Kepler-138b is the first exoplanet to be detected using a new method of planetary discovery that yields not only a planet’s potential size, but also its mass. This recent discovery also opens the door to finding other terrestrial worlds like our own.

The discovery of the first exoplanet to have its size and mass measured, and determined to be smaller than that of Earth, increases the range of worlds that Kepler can help scientists discover.

Kepler-138b is the innermost of three planets that orbit Kepler-138, a star less than half the size of the Sun and roughly 30 percent cooler. The Kepler-138 system is located about 200 light-years from Earth in the direction of the constellation Lyra.

When Will We Find Another Earth? 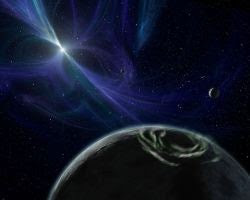 We hear about discoveries of exoplanets every day. So how long will it take us to find another planet like Earth?

Back in the olden days, astronomers could only guess if there were planets orbiting other stars.

These were the days when we had to wait at the bank to pay our bills, nobody carried computers in their pockets and those computers gave direct connections to everyone else’s pockets because pocket connectivity is highly important, school was uphill both ways, the number 6 was brand new, we recorded images on thin sheets of transparent plastic, 5 bees were worth a quarter and I had an onion tied to my belt, as was the style at the time.

With the discovery of a mega Jupiter-sized world orbiting the star 51 Pegasi in 1995, the floodgates opened up. In the years that followed, dozens more planets were discovered. Then hundreds, and now, we know about thousands orbiting other stars.

The bad news is we can’t get to any of them. The good news is most of these worlds suck. You do…
Post a Comment
Read more

June 14, 2015
Fun fact: Alcubierre's Warp drive method could allow us to travel ten times faster than the speed of light, without breaking the laws of physics, allowing us to get to our closest star in about half a year﻿
Post a Comment
Read more

Researchers from MIT and Aarhus University in Denmark have solved a decades-long riddle, demonstrating for the first time that the circular orbits maintained by Earth and the other planets in the Milky Way are not unique to our solar system’s worlds.

As the authors report in the latest edition of The Astrophysical Journal, they discovered a total of 74 exoplanets, some located hundreds of light years from Earth, that orbit their respective stars in essentially circular patterns, maintaining essentially the same distance at all times.

Astronomers had long wondered if these types of orbits were considered rare for planets located in other parts of the universe, and the new paper reveals that this type of orbital regularity is the norm, at least when it comes to planets that are roughly the same size as Earth.

Why is orbital circularity so important?

These 74 exoplanets, which orbit a total of 28 different stars, have far different orbits than massive exoplanets, many of which travel…
Post a Comment
Read more

NASA Chief Wants to Cut Mars Travel Time in Half