When Will We Find Another Earth? 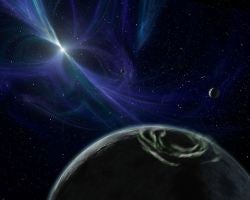 We hear about discoveries of exoplanets every day. So how long will it take us to find another planet like Earth?

Back in the olden days, astronomers could only guess if there were planets orbiting other stars.

These were the days when we had to wait at the bank to pay our bills, nobody carried computers in their pockets and those computers gave direct connections to everyone else’s pockets because pocket connectivity is highly important, school was uphill both ways, the number 6 was brand new, we recorded images on thin sheets of transparent plastic, 5 bees were worth a quarter and I had an onion tied to my belt, as was the style at the time.

With the discovery of a mega Jupiter-sized world orbiting the star 51 Pegasi in 1995, the floodgates opened up. In the years that followed, dozens more planets were discovered. Then hundreds, and now, we know about thousands orbiting other stars.

The bad news is we can’t get to any of them. The good news is most of these worlds suck. You don’t want any part of them. For starters their wifi is terrible.

Consider Kepler-70b. This world orbits its star 4 times in a 24 hour period. This means it’s super close, and a great place to really quickly win all the human torch cosplay competitions. The surface temperature is a completely unreasonable 7200 Kelvin, hotter than the surface temperature of the Sun.

There’s the planets orbiting pulsar PSR B1257+12, a millisecond pulsar in the constellation of Virgo. As they whip around their exotic host, they’re bathed in intense radiation. Which is generally considered bad for creatures who need functioning organs.
exoplanet exoplanets space