Showing posts from August, 2015
Show all

MELBOURNE, Fla. — Buzz Aldrin is teaming up with Florida Institute of Technology to develop "a master plan" for colonizing Mars within 25 years. The second man to walk on the moon took part in a signing ceremony Thursday at the university, less than an hour's drive from NASA's Kennedy Space Center. The Buzz Aldrin Space Institute is set to open this fall.

The 85-year-old Aldrin, who followed Neil Armstrong onto the moon's surface on July 20, 1969, will serve as a research professor of aeronautics as well as a senior faculty adviser for the institute.

He said he hopes his "master plan" is accepted by NASA and the country, with international input. NASA already is working on the spacecraft and rockets to get astronauts to Mars by the mid-2030s.

Aldrin is pushing for a Mars settlement by approximately 2040. More specifically, he's shooting for 2039, the 70th anniversary of his own Apollo 11 moon landing, although he admits the schedule is "adj…
Post a Comment
Read more 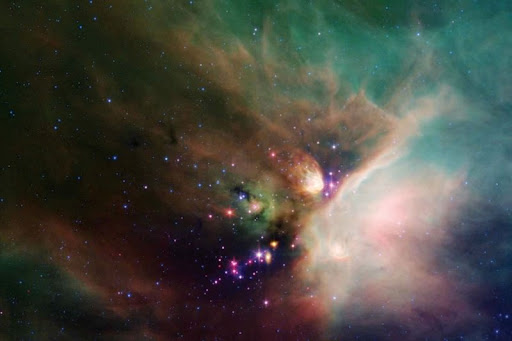 We’ve discovered enough exoplanets to get an idea of what sort of worlds exist. And realise its highly likely life – and civilisations – exist outside of Earth YOUR existence is unbelievably unlikely. Think of everything that happened for you to be born: your parents met, a particular sperm fertilised a particular egg, ultimately giving rise to the specific sequence of genes that is you.

But if it hadn’t happened that way, someone else would be reading this in your place. We’re unique, but that doesn’t make us special: there are 7 billion other humans on the planet. Now, thanks to a glut of data on planets in other star systems, astronomers are starting to realise the same is true of Earth itself.

Interstellar is REAL: Boffins create WORMHOLE in a lab 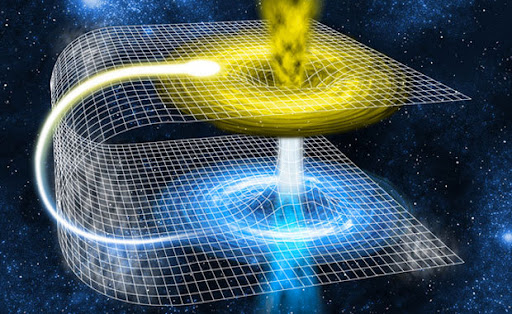 HUMANS could soon travel billions of light years through space to other planets after scientists successfully created a WORMHOLE. Until now it was thought that visiting distant galaxies in the outer reaches of the universe - like Matthew McConaughey in the hit movie Interstellar - was impossible.

But boffins in a laboratory in Spain have actually cracked it...using magnets.

Albert Einstein first suggested in 1935 that wormholes, hidden 'bridges' in the fabric of spacetime that could create shortcuts across the universe, were possible.

And now the holes, predicted by the brilliant physicist's theory of general relativity, have been proven a reality.

The researchers, from the Autonomous University of Barcelona in Spain said: "Wormholes are fascinating cosmological objects that can connect two distant regions of the universe.

"Because of their intriguing nature, constructing a wormhole in a lab seems a formidable task.

Why NASA scientists are excited about Matt Damon film 'The Martian' 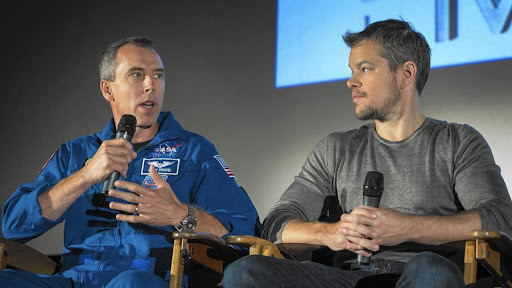 Fearing the wrath of his nerdy online followers, software engineer and amateur author Andy Weir spent countless hours digging through Google to perfect technical details in what became a popular 2012 e-book about an astronaut stranded on Mars.

As director Ridley Scott turned Weir's bestseller into a movie, he had NASA guide him through making Mars and space exploration technically and visually accurate.

The pair's adherence to science ended up producing a movie that has spawned excitement across NASA and the wider scientific community.

NASA plans to land people on Mars in the 2030s. Entrepreneurs like Elon Musk of SpaceX (and Tesla) think their companies can do it in the 20…
Post a Comment
Read more

Warp speed could be a reality in the next 100 years: Star Trek-like travel between galaxies is possible, claims astrophysicist 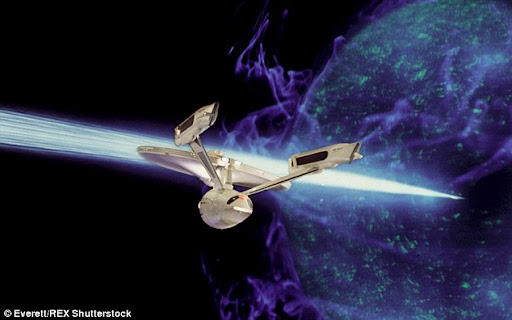 Claim made by Professor Geraint Lewis from the University of SydneyPhysicist says warp speed was part of Einstein's theory of relativityThis describes how we can bend space and time around a spaceshipWe are yet to discover materials with negative density energy to do this Warp speed space travel that will allow us to travel between galaxies could be a reality in the next 100 years.

This is according to Professor Geraint Lewis, from the University of Sydney, who claims the idea of warp speed is, in theory, possible.

He claims the futurist concept was part of Einstein's theory of relativity, which describes how we can bend space and time.

'Einstein's theory is already a hundred years old, but we have only started to scratch the surface,' Professor Lewis told ABC News.

'I think in the next 100 or 1,000 years we will reveal a lot more about the universe and maybe this hyper-fast travel will be realisable.'

A small, rocky planet could host liquid water on its surface, if it also contains a carbon-dioxide atmosphere, researchers say.

The planet, which scientists have dubbed Kepler-62f, has a diameter 40 percent larger than that of Earth, and could contain oceans of water if its atmosphere keeps the planet warm.

"A high carbon-dioxide atmosphere is a reliable way to put liquid water on this planet," Aomawa Shields, a scientist at the University of California, Los Angeles, who was involved in the new research, said at the Astrobiology Science Conference in Chicago in June.

Melting ice sheets
Kepler-62 is a small, dim star two-thirds the size of the sun and only one-fifth as bright. Five planets orbit the star, which lies 1,200 light-years from the sun in the constellation Lyra. Only two of these planets lie in the habitable zone, the region around a star in which liquid water could lie on the surface of a planet.

According to the Economic Times, NASA performed a nine-minute-long test run at the heart of the U.S. space agency’s mega-rocket that, apart from taking astronauts to Mars, will also help NASA conduct other deep space missions, including knowing more about distant asteroids and comets.

First developed in the 1970s by Aerojet Rocketdyne, RS-25 has been NASA’s most reliable and durable rocket for well over three decades. It was the same engine that was used in the first manned flight of the Space Shuttle program in 1981, and now 34 years later, scientists at NASA are confident that an upgraded RS-25 engine will face up to its next c…
Post a Comment
Read more

NASA’s RS-25 engine, the powerhouse aboard the SLS rocket that will one day launch us to Mars, just completed an explosive test run. You’re gonna wanna see this.

Remember that when the SLS finally takes off, there will be four RS-25 engines working in concert, making it the most powerful rocket we’ve ever sent into space. The engine-eye view is a pretty good look at the kind of power we can expect. What the spectators saw, though, was mostly smoke:

The engine burned for a full 545 seconds during its test. The early results, it’s true, look incredibly good—but NASA won’t know for sure until they go over the various engine parts to see how they came out and then sit down with the data to double-check.

Still, the first impression is that we’ve got one hell of a rocket engine ready to take us up to Mars, coming soon.

One of the problems with manned deep space travel is the amount of radiation astronauts will receive. While a mission to Mars won’t necessarily be fatal, the increased radiation from both the Sun and cosmic rays could pose some health complications, such as a bigger risk of developing cancer.

To combat this, it has been touted that future spacecraft could have a "safe room" surrounded in water to protect the astronauts. They would dive in here when an increased amount of radiation was incoming, such as from a solar flare. But CERN has other ideas. They have funded an experimental magnetic shield technology that could protect astronauts from health risks that could result from these long-haul flights.

In a statement, CERN scientists said that they were using magnesium diboride to create superconducting coils as part of the European Space Radiation Superconducting Shield (SR2S) project. This is the same conductor used in CERN’s Large Hadron Collider (LHC). 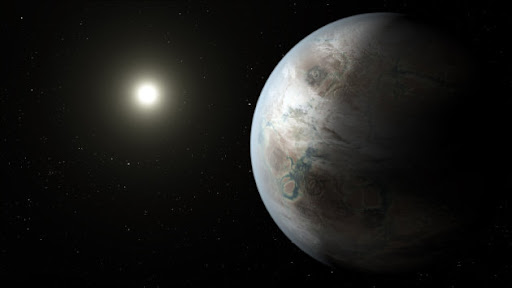 The hunt for a twin Earth is quickly gaining ground as scientists make a series of amazing announcements the past few weeks showcasing the discovery of the closest and most Earth-like planets along with a near twin of our solar system.

Astronomers are excited by the new-found, yet familiar-looking planetary system some 200 light years away called HP 11915. The finding took researchers by surprise, since out of more than 1200 planetary systems discovered to date, not one could match our own solar system in terms of architecture. Most appear to sport large planets many times the mass of Earth close to their stars, whereas in our solar system the small rocky planets are in the inner regions, while the larger gas giants like Jupiter and Saturn are scattered much further out.

At the heart of the new system is a sun-like star that hosts a gas giant planet astronomers believe is very much like our own Jupiter. The planet appears to orbit about the same distance as Jupiter, and scientists be…
Post a Comment
Read more

In 50 years, mankind will become capable of discovering potentially inhabited planets as it develops new astronomical instruments that will allow scientists to analyze the planets’ physical characteristics. This is according to Stefan Udry, Swiss astrophysicist and the discoverer of the Earth’s nearest exoplanet.

“I think we will have ways to get a hint on the inhabitance of planets. We will be able to find potentially habitable planets as well as planets already hosting life – those we want to reach. However, this is a long way we are talking about – around 50 years from now.

“Nevertheless, each discovery we are making now is putting a stone on the road we are building to get there,” the exoplanet discoverer, Geneva University astronomy professor Stefan Udry told RIA Novosti news agency.

In order to recognize a planet as a potentially habitable one, scientists need to know its mass, density and size as well as its distance from the star it orbits around. These characteristics would a…
Post a Comment
Read more
More posts