We’ve discovered enough exoplanets to get an idea of what sort of worlds exist. And realise its highly likely life – and civilisations – exist outside of Earth 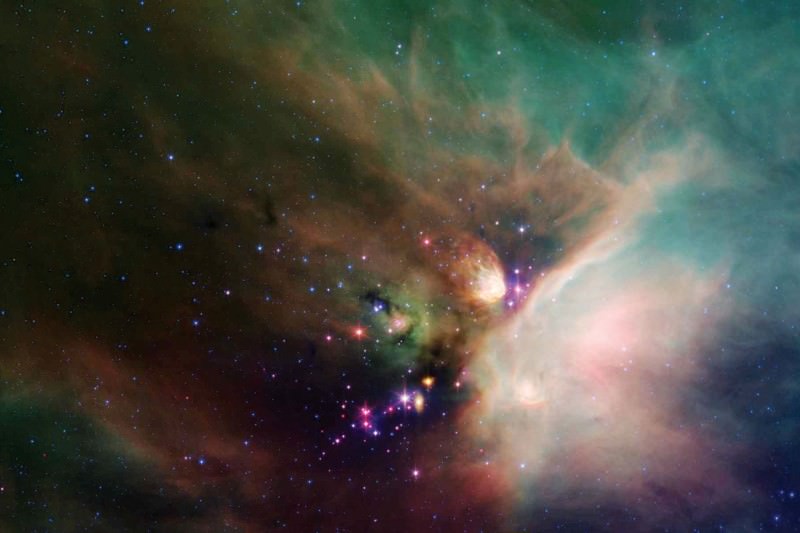 YOUR existence is unbelievably unlikely. Think of everything that happened for you to be born: your parents met, a particular sperm fertilised a particular egg, ultimately giving rise to the specific sequence of genes that is you.

But if it hadn’t happened that way, someone else would be reading this in your place. We’re unique, but that doesn’t make us special: there are 7 billion other humans on the planet. Now, thanks to a glut of data on planets in other star systems, astronomers are starting to realise the same is true of Earth itself.

Researchers have discovered nearly 2000 exoplanets so far, the majority found by NASA’s Kepler space telescope. Getting a better picture of our galactic neighbours helps put our solar system into context, says Peter Behroozi of the Space Telescope Science Institute in Baltimore, Maryland. “Kepler has been fantastic for setting some of the limits on how many planets are likely to be found around stars, especially for Earth-like planets.”

Behroozi and his colleague Molly Peeples have combined the latest exoplanet statistics with our understanding of how galaxies form stars. The result is a formula that tracks the growth in the number of planets in the universe over time (arxiv.org/abs/1508.01202).

It suggests there are currently 1020, or 100 billion billion, Earth-like planets in the universe, with an equivalent number of gas giants. “Earth-like” doesn’t mean an exact replica of our planet, but rather a rocky world that, if blanketed by a suitable atmosphere, would hold liquid water on its surface. Applied to the solar system, this definition would include Mars and Venus but not Mercury or the moon.

And that’s just the start. Only a fraction of the gas within all the galaxies in the cosmos has cooled enough to start collapsing, so stars and planets will continue forming for billions of years. That means 92 per cent of the universe’s Earth-like planets won’t exist until long after the sun has died and taken the Earth with it.

“Philosophically, if you want to know our place in the universe as a whole, then you also need to include what will happen in the future,” says Behroozi. “I didn’t expect to find the Earth had formed so early.”

Figuring out where we fit in the grand cosmic timeline also gives us an idea of how many other civilisations might be out there. Suppose intelligent life is so rare that Earth is the first planet in the universe to evolve a civilisation – an almost ludicrously conservative assumption. Then the sheer number of future Earth-like planets means that the likelihood of us being the only civilisation the universe will ever have is at most 8 per cent.

If we find just one other inhabited planet in the Milky Way, the number of other such worlds rockets up. Such a discovery, together with the unlikeliness of our galaxy being the only one to host life, would make Earth at least the 10 billionth civilisation in the universe at present.

Despite this abundance of other Earths, the odds of there being an exact carbon copy of our world are so low as to be impossible, just as the genetic lottery will never produce your exact twin in another family. But as we are now realising, that’s in part due to the precariousness of our existence in the first place.

The basic recipe for a solar system reads: take one giant gas cloud and leave it to collapse under gravity for a good few million years, until it becomes a newborn star surrounded by a spinning disc of leftover gas and dust. Wait patiently for another few million years as this clumps up to form planets.

But the details of how this process plays out are still a mystery. One way to study it is through computer simulations of swirling particles. Set them up with different initial conditions, and rate how closely the resulting planets match what we find in our solar system.

It turns out that even near-identical starts lead to different outcomes, as Volker Hoffmann at the University of Zurich, Switzerland, and his colleagues have discovered. They simulated a solar system in the middle of forming, starting with a gas disc containing 2000 planetismals – lumps each around 4 per cent of the moon’s mass.

Previous work shows that Jupiter and Saturn formed earlier than the other planets, and that their gravity had a large influence on the rest of the solar system. So Hoffmann’s team also simulated systems with two gas giants in two different types of orbit.

The team ran all three scenarios 12 times with slightly different initial conditions, each simulation requiring a month of computing time. They found that if just one planetesimal was moved by a millimetre, an entirely different set of worlds emerged (arxiv.org/abs/1508.00917).

This was surprising, Hoffmann says, but it makes sense because the planetesimals can interact in many ways, so the situation is inherently chaotic. “It’s the same issue that happens in weather and climate modelling,” he says. “You change the initial condition a little bit, and the system goes somewhere else.”

Gas giant helpers
The consequences are startling. Even smaller changes can probably give rise to the same chaotic effects, says Hoffmann, so adding just one extra molecule to the early solar system could mean the Earth never formed.

But, slightly counter-intuitively, the simulated solar systems end up looking quite similar, the exceptions being the simulations with no gas giants. These end up with around 11 rocky planets, most of which are less than half the mass of Earth.

Stick the gas giants in, and you get around four rocky planets ranging from half an Earth mass to a little more massive than Earth – a pretty good match for our own solar system.

So even if that extra molecule had been floating about, the result wouldn’t have looked that different. “Something like Earth would probably have come up, and maybe something alive would have developed,” says Hoffmann. “But not us.”

Don’t let this desolate randomness get you down, says Rebecca Martin of the University of Nevada, Las Vegas. “It’s exciting that we’re not special,” she says, because it means life is abundant in the universe and we can go looking for it.

Working with Mario Livio at the Space Telescope Science Institute, Martin has compared data on the known exoplanets, plus likely but unconfirmed candidates seen by Kepler, with planets in our solar system. Their aim was to see if anything stood out as unusual (arxiv.org/abs/1508.00931).

For the most part, ours is a bog-standard system, but a few aspects raise an eyebrow. Mercury is our innermost neighbour, yet it lies beyond the average orbital distance for exoplanets, suggesting our solar system is unusually stretched-out.

Alternatively, that could be down to observational biases. We typically detect exoplanets by the dimming or wobbliness their orbit produces in their star’s light, and it is much easier to spot this the closer in a planet is, because we have to wait less time for them to complete an orbit. Recent work also suggests Mercury might be the sole survivor of a pile-up between close-in worlds, which could explain the lack of planets nearer the sun.

Our solar system also lacks super-Earths, objects more massive than Earth but lighter than Uranus or Neptune. They can be rocky or gassy, depending on their density, and seem to be very common in other star systems. So why don’t we have one?

For now it’s a mystery, but one possibility is that super-Earths are bad for life. A drifting super-Earth can suck up rocky material that would otherwise form an Earth-like world, leaving behind planets in the star’s habitable zone that are roughly Earth-sized but don’t look much like our home – they’re less rocky and more gassy. If that had happened here, we wouldn’t be around to notice, so perhaps our very existence precludes our having a super-Earth for a neighbour.

Taken together, all this research into exoplanets may herald another Copernican-like revolution, as we realise just how mundane Earth is. “Our papers are pointing to the fact that we’re really not that special,” says Martin. “When you look at the exoplanetary systems you might think we are quite different, but in the grand scheme of things, we’re not.”

It might seem difficult to accept. But the upside is we’re almost certainly not alone – and if we are, that tells us something about the conditions governing the evolution and destruction of life, says Behroozi. “I personally believe that it’s very unlikely we are the only ones,” he says; aliens must be out there. “Will they wonder this question themselves, about how unique they are?” Maybe one day we’ll be able to compare notes.