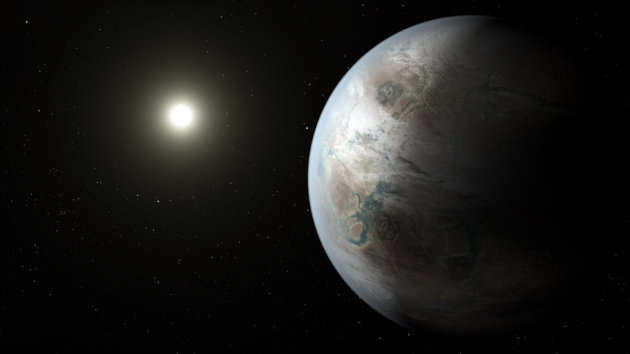 The hunt for a twin Earth is quickly gaining ground as scientists make a series of amazing announcements the past few weeks showcasing the discovery of the closest and most Earth-like planets along with a near twin of our solar system.

Astronomers are excited by the new-found, yet familiar-looking planetary system some 200 light years away called HP 11915. The finding took researchers by surprise, since out of more than 1200 planetary systems discovered to date, not one could match our own solar system in terms of architecture. Most appear to sport large planets many times the mass of Earth close to their stars, whereas in our solar system the small rocky planets are in the inner regions, while the larger gas giants like Jupiter and Saturn are scattered much further out.

At the heart of the new system is a sun-like star that hosts a gas giant planet astronomers believe is very much like our own Jupiter. The planet appears to orbit about the same distance as Jupiter, and scientists believe there is also a strong possibility of it having small Earth-like neighbours too.

With a twin Jupiter around a twin Sun, which has an internal make-up closely resembleing our Sun, scientists say it’s possible they’ll find orbiting rocky planets in that system – and there’s the potential for life, too.

Recent theories indicate that the formation of our own life-bearing Earth was made possible in part thanks to the large gravitational pull of Jupiter, which redirected countless number of hazardous comets and asteroids that might have otherwise hit Earth, wiping out all life. Essentially, Jupiter gave life on our planet a chance to evolve undisturbed for millions of years.

The Brazilian team of astronomers believes that now we can say with some confidence that our solar system may not be a unique one off in the universe but instead there may be many more solar system twins waiting to be discovered.

Jorge Melendez of the Universidade de São Paulo, Brazil, who is the leader of the team and co-author of the newly published paper, says “the quest for an Earth 2.0, and for a complete solar system 2.0, is one of the most exciting endeavours in astronomy.”

To further bolster the hopes of finding another Earth-like planet, NASA’s Spitzer space telescope has helped confirm the closest rocky planet beyond our solar system yet seen.

Dubbed HD 219134b, the super-Earth, which is just 1.6 times larger than our own planet, lies only 21 light years away in the constellation Cassiopeia.

“Most of the known planets are hundreds of light-years away. This one is practically a next-door neighbor,” said astronomer and study co-author Lars A. Buchhave of the Harvard-Smithsonian Center for Astrophysics in Cambridge, Mass.

While the planet is way too faint and hugs its sun closely, astronomers have managed to detect its presence due to the dimming of its parent stars’ light as it transits in front of it. The exquisitely minute dimming of light from this distant alien eclipse can reveal the size, mass and length of year for exoplanets like this.

While there is no chance of seeing the planet, even backyard skywatchers can get to see the star that it orbits is barely visible to the naked eye under dark skies.

Unfortunately, this new-found world holds little hope of being habitable, since it only takes 3 days to orbit its host star due to its close proximity, making this a hellish planet if there ever was one.

Now the race is on to unravel the mysteries surrounding its physical properties. Does it have an atmosphere? What kind of gases does it contain? But like a cosmic Rosetta Stone, researchers expect that because of its location right next door (at least in cosmic terms), it will teach us about super-Earths like no other exoplanet can.

Arguably the most buzzed-about discovery this past month has been Kepler- 452b. It’s the first near Earth-size planet found orbiting around a sun-like star and it’s in that star’s habitable zone - the region where liquid water can form on a planet’s surface. The planet is about 1.4 times larger than Earth and lies 1,400 light years away. 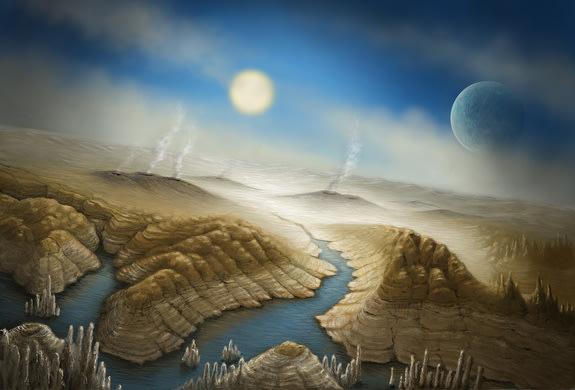 While Kepler-452b is a bit more massive than Earth, its year is only 385-days long, making its orbit only 5 per cent longer. The host sun is 6 billion years old, meaning it’s 1.5 billion years older than our Sun, but has the same temperature, is 20 per cent brighter and has a diameter 10 per cent larger.

“We can think of Kepler-452b as an older, bigger cousin to Earth, providing an opportunity to understand and reflect upon Earth’s evolving environment,” said Jon Jenkins, Kepler data analysis lead at NASA’s Ames Research Center in Moffett Field, California, who led the team that discovered Kepler-452b.

“It’s awe-inspiring to consider that this planet has spent 6 billion years in the habitable zone of its star; longer than Earth. That’s substantial opportunity for life to arise, should all the necessary ingredients and conditions for life exist on this planet.” With this latest discovery, astronomers believe they are closing in on the ultimate Holy Grail in astronomy – the spotting of Earth 2.0.

If we take into consideration current estimates based on the ongoing survey of exoplanets being conducted by NASA’s orbiting Kepler mission, there may be as many as tens of billions of Earth-like worlds nestled within our own Milky Way galaxy.

The best is yet to come.

And if we continue to push the boundaries of our telescope technology, many experts believe that we may be less than a decade away from tracking down another Earth.