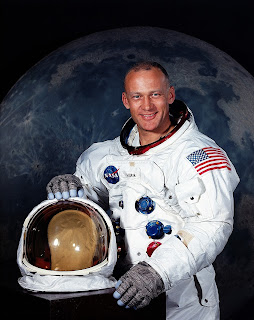 When Apollo 11 astronaut Buzz Aldrin first appeared on Face the Nation in 1969, he talked about a mission to Mars as the next great undertaking for U.S. space exploration.

Asked on this Sunday's Face the Nation why he thought a Mars mission had taken so long, Aldrin cited "growing public apathy" as well as the enormous cost.

‎There's also politics at play. Former Speaker of the House Newt Gingrich made headlines during the 2012 campaign season when he pledged establish a Moon colony. Looking back now, Speaker Gingrich said that while he got very positive reactions from the crowds, his opponents had "utterly stupid" reactions to his proposed permanent base on the moon.

Gingrich was ridiculed by his opponents. "I think we maybe should send some politicians up there," Ron Paul joked during a GOP debate in 2012.

Gingrich even became the subject of a sketch on NBC's Saturday Night Live.

What got less pick up was Gingrich's goal of the U.S. going to Mars by 2020. Sunday, he blamed political systems for getting in the way of a Mars mission.

"There are ways to get this stuff done, but you don't get it done in slow, overly planned -- and frankly, very pork barrel [ways]," he told Face the Nation host John Dickerson.

"And the Congress is guilty, too. People in Congress who are protecting bad equipment being built in their district, that's being very unhelpful," Gingrich continued.

But Congress, of course, has a history of rallying behind a president in the name of space exploration.

On May 25, 1961, President John F. Kennedy, in a speech before a special joint session of Congress, pledged to put a man on the moon before the end of the decade.

Kennedy said his effort was meant to achieve something beyond simply winning the "space race."

"Space is open to us now; and our eagerness to share its meaning is not governed by the efforts of others. We go into space because whatever mankind must undertake, free men must fully share," he said.

Asked about Kennedy's ambitious undertaking, Gingrich said that while the U.S. didn't have the equipment or technology at the time, the ability to start from scratch proved to be an advantage for Kennedy.

"He was creating a new bureaucracy, not trying to re-manage the old one."

"If we did that-- if we put that same amount of money in today and built a brand new mission to Mars bureaucracy aimed only on that assignment, you'd get there very fast."

"You could do it with half that percentage. That's 2 percent instead of 4 percent to get the the moon. We're at a half percent. And people are trying to do things with a half a percent is far more difficult."

Aldrin, who left his footprints on the moon just 46 years ago, is the author of a new children's book Welcome to Mars.