NASA on Interstellar Travel: "There Is No Known Reason Why We Cannot Do This" 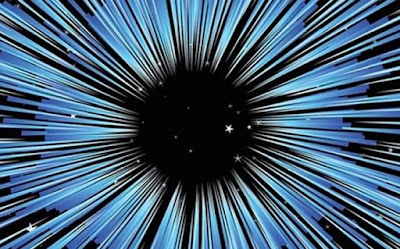 Achieving near-relativistic speeds is the "holy grail" of space travel, as it would allow humanity to visit potentially habitable exoplanets, explore faraway galaxies, and possibly become interplanetary. Now, NASA scientists are claiming that cutting-edge technologies are inching closer and closer to making this pipe dream a reality.


"Imagine getting to Mars in just 3 days… or putting points beyond our solar system within our reach. New propulsion technologies could one day take us to these cosmic destinations making space travel truly interstellar!"

In the video, NASA's Phillip Lubin discusses his NASA Innovative Advanced Concept (NIAC) for energy propulsion for interstellar exploration, which he discussed in detail at the 2015 NIAC Fall Symposium in October. According to Lubin, scientists regularly achieve relativistic speeds with microscopic particles in laboratory settings, using electromagnetic acceleration, but it becomes significantly more difficult to achieve those speeds on a macroscopic level with the hindrance of chemical binding energies. However, we may be getting closer to that goal, as the Space Launch System (SLS), which is touted as the most powerful rocket ever created, will have a power of between 50 and 100 gigawatts when it takes off, which is approximately the same as the energy needed to reach relativistic speeds.

If we were able to reach relativistic speeds, then we could propel a hundred kilogram robotic spacecraft to Mars in just a few days. For a shuttle, which could potentially hold human occupants, it would take "about a month" to reach the Red Planet. This would mean that any destination within approximately 25 light years would be readily available to us, including several exoplanets that scientists believe may be habitable. The closest is the Alpha Centauri star system, which is about 4 light years away from Earth.

A rocket that could accomplish this would likely have a similar power output to the SLS, but it would use photonic propulsion, which has long been hailed as a "next-generation" propulsion that could help us achieve interstellar travel. Photonic propulsion involves using emitted light particles for thrust, rather than heat or propellant. Since, according to special relativity, the highest speed at which a rocket can travel is the speed of light, light would be the "ultimate rocket fuel." According to Lubin, we are getting closer and closer to realizing this theorized, once-futuristic type of rocket:
"There are recent advances which take this from science fiction to science reality. There is no known reason why we cannot do this."