Amazingly powerful instrument 100 times more sensitive than the Hubble telescope will search for signs of life on far-distant planets. 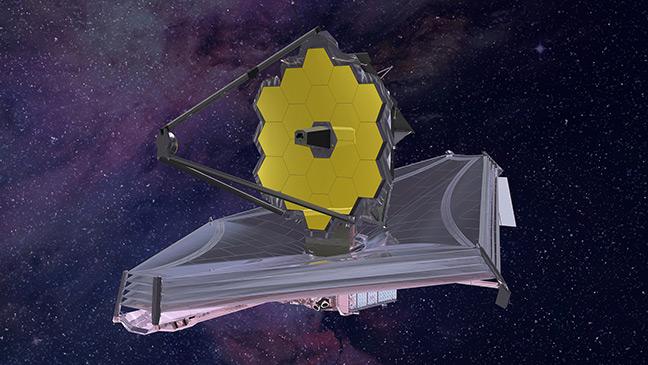 Nasa’s new space telescope is so sensitive that it could detect the heat given off by a bee on the Moon.

You might think insects are cold-blooded animals. But a small number of insects are able to regulate their temperature. Notably, bumble-bees, who can uncouple their wing muscles and ‘shiver’ until they’re warm enough to fly.

Even so, the difference between the heat signature of a bumble bee and the ambient background would be almost imperceptible to human senses. But the James Webb telescope’s extraordinarily sensitive instruments could pick out the thermal radiation of a bumble bee that was as far away as the Moon. 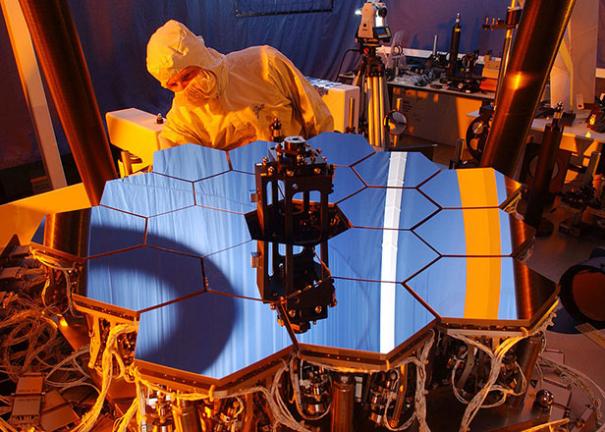 But the 6,200kg telescope, the largest ever launched into space, isn’t being sent to look for stray bees. Its incredibly fine instruments will be able to see further into space than ever before, effectively looking back in time - through clouds of cosmic dust that have blinded all the telescopes we have deployed before – to see the universe as it was some 13 billion years ago.

It will be able to make minute analyses of the atmospheres of extrasolar planets, perhaps answering the most fascinating question in astronomy: ‘Are we alone in the Universe?’

The project is principally run by Nasa, but with key contributions from Britain and other members of the European Space Agency (ESA), whose Ariane 5 rocket will take the telescope into orbit from its French Guiana launch site. 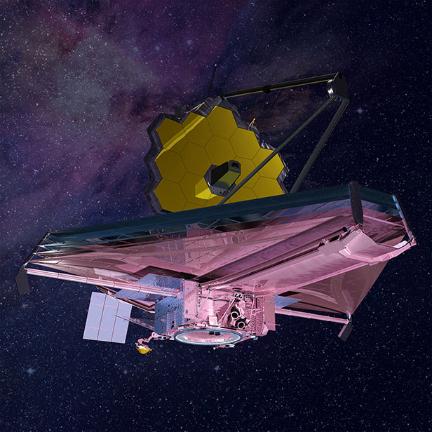 ESA’s project manager for the James Webb Space Telescope, Peter Jensen, told The Sunday Times: “We will be seeking planets and solar systems like our own, looking for signatures of molecules such as water, CO2 and oxygen.

“The key question is if they have life on them.”

“We can see the first objects that formed after the Big Bang, the first stars and galaxies. That's what we're planning to look for,” he said.

“[The telescope has] such extraordinary sensitivity, we can see the heat that's emitted by a bumble bee at the distance of the Moon.”

The Webb will have a mass of approximately 6,500kg, with a weight of 14,300lb on Earth (in orbit, everything is weightless), a little more than half the mass of Hubble.

The largest single structure of Webb will be its sunshade, which must be able to shield the deployed primary mirror and the tower that holds the secondary mirror. The sunshade will be the size of a tennis court.

It’s the biggest telescope ever put into orbit, and it’ll be answering some of the biggest questions that astronomers can ask.