Would it be immoral to send out a generation starship? 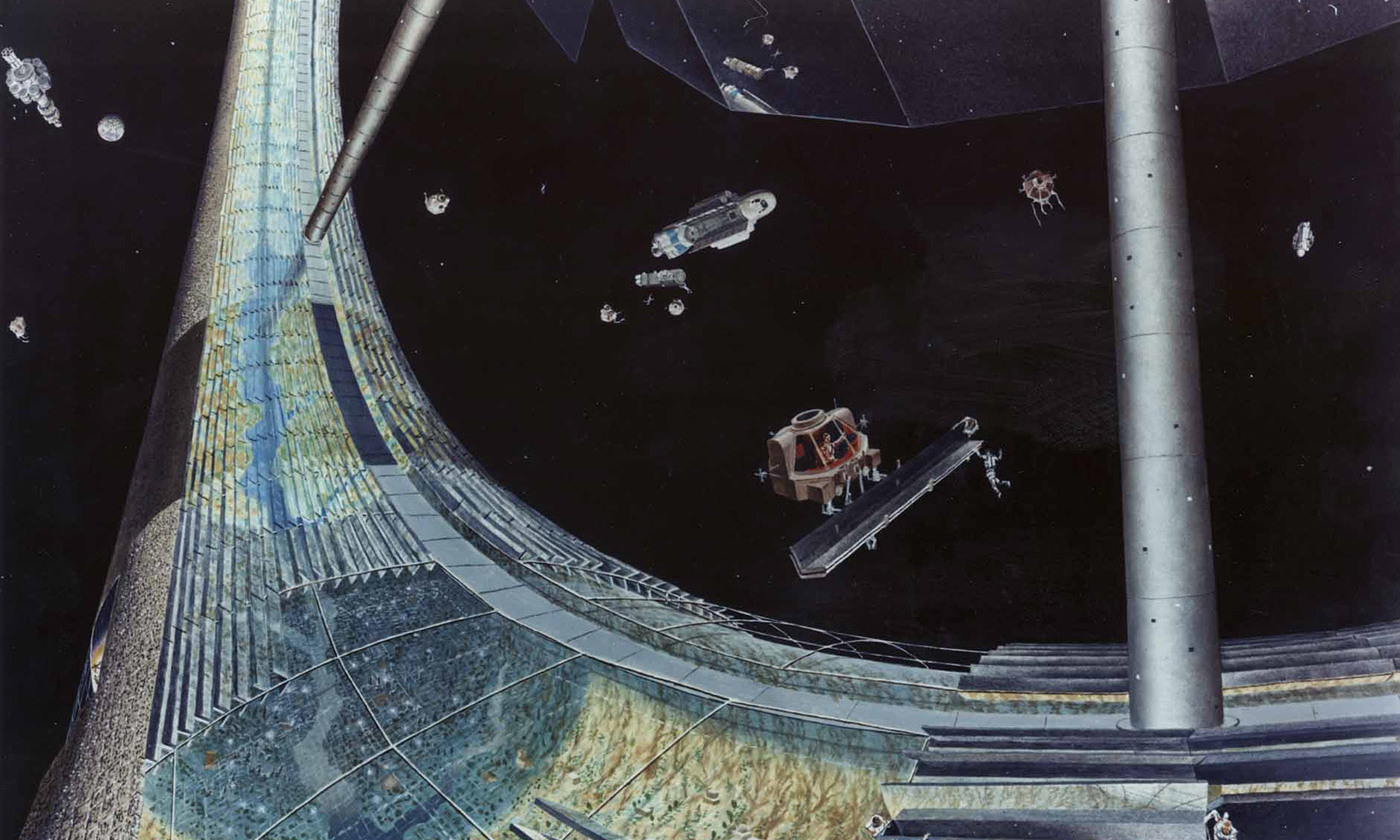 If human beings are ever to colonise other planets – which might become necessary for the survival of the species, given how far we have degraded this one – they will almost certainly have to use generation ships: spaceships that will support not just those who set out on them, but also their descendants. The vast distances between Earth and the nearest habitable planets, combined with the fact that we are unlikely ever to invent a way of travelling that exceeds the speed of light, ensures that many generations will be born, raised and die on board such a ship before it arrives at its destination.

A generation ship would have to be a whole society in microcosm, with hospitals and schools, living quarters and perhaps entertainment districts, a security force, maybe even a judiciary. It would need to be able to provide food for its crew, and that might require agriculture or aquaculture, perhaps even domestic animals (which might also be needed for the colonisation effort). Its design therefore presents a major challenge: not just to engineers but also to social scientists. How should the crew be selected and the environment structured to minimise interpersonal conflict? What size of population is optimal for it to remain committed to the single overarching project of colonising a new planet without too much of a risk of self-destructive boredom or excessive narrowing of the gene pool? Does mental health require that a quasi-natural environment be recreated within the ship (with trees, grass and perhaps undomesticated birds and small animals)?

As well as the technological and social challenges confronting the designers of such ships, there are fascinating philosophical and ethical issues that arise. The issue I want to focus on concerns the ethics of a project that locks the next generation into a form of living, the inauguration of which they had no say over, and that ensures their options are extremely limited.

A generation ship can work only if most of the children born aboard can be trained to become the next generation of crew. They will have little or no choice over what kind of project they pursue. At best, they will have a range of shipboard careers to choose between: chef, gardener, engineer, pilot, and so on. Given that allocation to roles must be tightly controlled, they might not even have that degree of choice, since once a sufficient number of people have enrolled in chef training, for example, there will be no more places available. They will not be able to choose a life of contemplation, of withdrawal into a religious community or (to take a role that is more common in the society their parents leave behind) of working in a service industry. They will not be able to choose part-time or full-time work, and so on.

Of course, such questions arise for many of us, here and now. The differences between Earth and generation ships are differences in scale, not in kind. Parents typically want their children to support the way of life, the nation, the institution that they think is valuable (for instance, many parents would be distressed by their children marrying outside their religion, and religious schools are justified for many in part by the fact that they make it more likely that dating and marriage will be within the community). Some people face the knowledge that their children will have few options and fewer good ones (for instance, those people who live in very impoverished communities) and a similar issue arises for people who are carriers of genes for option-limiting conditions (such as Huntington’s disease). However, does the fact that a child will (or might) have few good options make reproduction morally impermissible?

Children born on board generation ships might, in fact, be better off (with access to better medical care, better nutrition, education, and so on), than many born into poverty today. But they will still be locked into a project they did not choose. In the United States, the Amish have the legal right to take their children out of schooling early, in order to limit their exposure to different ways of life. Those of us who worry that their doing so limits the children’s right to an open future should be even more worried by locking children in to a much greater extent than dreamt of by the Amish. After all, adults can, and do, leave Amish communities. But no one gets to leave the generation ship, and few or none will get to choose what role they play aboard.

Further, those born aboard will be more limited in all of their choices than any human anywhere should be. For example, many millions of women around the world have no control over whether they bear children: most of us believe that this is intolerable, and that everyone should have control over their own reproduction. But those born on board a generation ship will have no effective choice over whether they become parents. The success of the enterprise will depend on (at least most of) them having children, which ensures that they will be (at minimum) under great pressure to reproduce. They will have little choice over whether they partner up, too, and perhaps not much choice over whom they partner with (once some have partnered up, others must settle for those who remain).

The only way around these problems would be to design and build ships massive enough to house an entire complex society that presents a wide array of options and ensures a range of lifestyles can be pursued. The enormous costs of such a ship and the difficulty of propulsion for anything of that size suggest that it’s not a realistic option.

Whether generation ships would be ethically permissible, despite locking children into a project and way of life that they didn’t choose, seems to depend on whether the goal – say, the survival of the species – is itself sufficiently valuable to justify it. That’s not a question I will attempt to answer. Given that generation ships remain a long way off, it’s not a pressing concern. But at different scales and in different forms, most children on Earth today were born into constrained futures, whether through poverty, religious beliefs or impending environmental degradation. Asking about the permissibility of generation ships might give us a fresh perspective on the permissibility of the constraints we impose now on human lives, here on the biggest generation ship of them all – our planet.