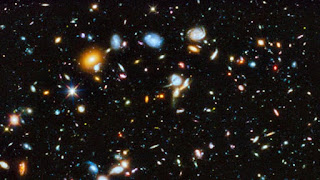 Alan Stern is a scientist at NASA, but he’s not just any NASA scientist. He’s the man who (literally) provided us views of a completely different world in our system. He is head of the New Horizon’s mission to Pluto, Stern brought some stunning views and information about Pluto to humanity and he is the guy who gave us our first genuine image of everyone’s favorite former planet.
The New Horizons spacecraft covered 3 billion miles in a decade (which is more than any space mission in history) to approach its target. But why travel all that way?

Obviously, everyone likes seeing comprehensive images of space, but at 3 billion miles, and with more than 10 years of work, is it actually worth the trip? This is a question that commonly gets asked in relative to space exploration–given all the tough probelms here on Earth, wouldn’t it make logic to stay a little closer to home and participate in things that noticeably improve our Pale Blue Dot?

Lately, Alan Stern answered these questions. At the 2016 Edison Awards, he emphasized exactly why humanity must carry on to venture beyond Earth…to journey to the edge of the solar system and beyond. His speech is summarized in the video below: