The Impossible Propulsion Drive Is Heading to Space 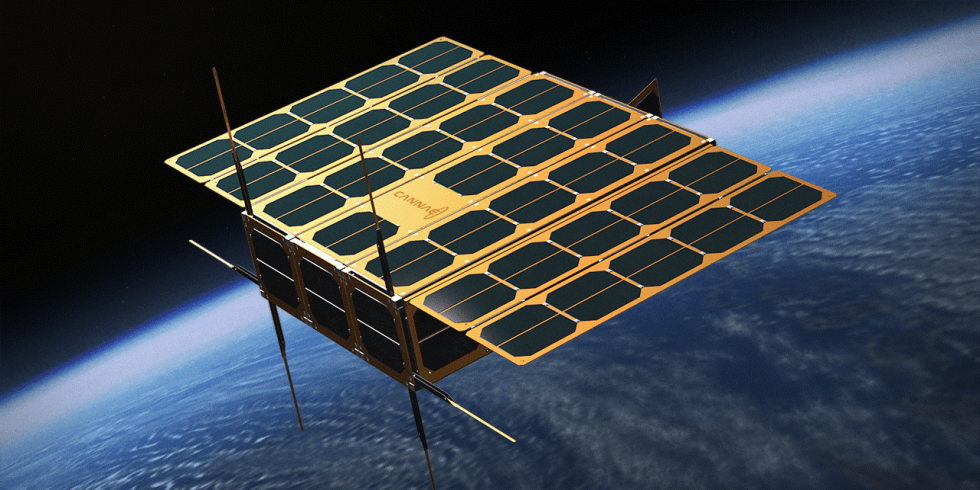 The EmDrive, a hypothetical miracle propulsion system for outer space, has been sparking heated arguments for years. Now, Guido Fetta plans to settle the argument about reactionless space drives for once and for all by sending one into space to prove that it really generates thrust without exhaust.

Even if mainstream scientists say this is impossible.

Fetta is CEO of Cannae Inc, and inventor of the Cannae Drive. His creation is related to the EmDrive first demonstrated by British engineer Roger Shawyer in 2003. Both are closed systems filled with microwaves with no exhaust, yet which the inventors claim do produce thrust. There is no accepted theory of how this might work. Shawyer claims that relativistic effects produce different radiation pressures at the two ends of the drive, leading to a net force. Fetta pursues a similar idea involving Lorentz (electromagnetic) forces. NASA researchers have suggested that the drive is actually pushing against "quantum vacuum virtual plasma" of particles that shift in and out of existence.

Most physicists believe these far-out systems cannot work and that their potential benefits, such as getting to Mars in ten weeks, are illusory. After all, the law of conservation of momentum says that a rocket cannot accelerate forward without some form of exhaust ejected backwards. Yet the drumbeat goes on. Just last month, Jose Rodal claimed on the NASA Spaceflight forum that a NASA paper, "Measurement of Impulsive Thrust from a Closed Radio Frequency Cavity in Vacuum" has finally been peer-reviewed and accepted for publication by the American Institute of Aeronautics and Astronautics, but this cannot be confirmed yet.

Given that the drive seems impossible, Shawyer's work was largely ignored in the West, although he did ship a copy to Boeing's Phantom works in 2007. A Chinese team led by Prof Yang at Xi'an Northwestern Polytechnic took up the challenge in 2008. They published a series of theoretical and experimental papers, and by 2012 claimed to have produced a device producing a few ounces of thrust for a few kilowatts of input, comparable to conventional ion thrusters.

Propellantless drives next hit the headlines when NASA's maverick Eagleworks team tested several different versions, including two built by Cannae. They reported positive results to widespread disbelief and questions over their experimental techniques. Their work continues and is reportedly undergoing peer review, an essential process for scientific credibility; most believe that it will fail.

Martin Tajmar, a physicist at the Dresden University of Technology, investigated the effect in 2015. Previously Tajmar had shown that claims that of "electrostatic torque"—the twisting force supposed to occur between charged spheres, was actually caused by the experimental setup, and that the alleged "gravitational shielding" was really due to an error in a gyroscope. Yet when Tajmar built his own EmDrive, he was surprised to find that it really did appear to produce thrust. He was not able to pin down any experimental error that might explain this.

Various possible sources of error in these experiments—air currents, leaking microwaves, ionisation, photon thrust—have been ruled out. But given that the results appear to contradict known physics, it seems more likely that the experimenters have made a mistake than that physics is totally wrong. Hence all the of work into finding the flaw in the experiments.

One way to cut through all the technical arguments about torque balances and eddy currents is to actually test the drive in space. If it fails, it fails. If it works, then physicists will have some explaining.

A success would be a very big deal for the satellite business. Propellant is a limiting factor for low-altitude satellites, which need to produce thrust at intervals to counteract atmospheric drag, a process known as station keeping. Propellant can make up as much as half the launch weight of a satellites. Solar panels can provide power, but when a satellite's propellant runs it becomes useless.

On August 17, Cannae announced plans to launch its thruster on a 6U cubesat. Each unit is a 10-centimeter cube, so a 6U satellite is the size of a small shoebox. Approximately one quarter of this will be taken up by the drive. Fetta intends the satellite to stay on station for at least six months, rather than the six weeks that would be typical for a satellite this size at a altitude of 150 miles. The longer it stays in orbit, the more the satellite will show that it must be producing thrust without propellant.

Cannae has formed a company called Theseus with industrial partners LAI International of Tempe, AZ and SpaceQuest Ltd. of Fairfax, VA to launch the satellite. No launch date has yet been announced, but 2017 seems likely. "Once demonstrated on orbit, Theseus will offer our thruster platforms to the satellite marketplace," says the optimistic conclusion on their website.

There is competition. In addition to the Chinese, and Shawyer himself, a lively open-source community of EmDrive enthusiasts has sprung up. They're building their own drives, and the online discussion is on nasaspaceflight.com now runs to many hundreds of pages of informed technical comment.

Making a drive is cheap enough, although it does require a high degree of precision. Getting it into orbit is another matter. Engineer Paul Koclya of Aachen in Germany has built a miniature EmDrive which fits in a PocketQube cubesat. He believes he could get it into space on a commercial launch for less than $30,000, and has launched a crowdfunding campaign to raise the money. "If it works, it will bring Star Trek technology into real life," Kocyla says on his funding page.

Meanwhile, theoreticians continue to make new suggestions to reconcile propellantless thrusters with known physics. Michael McCulloch of the University of Plymouth in the U.K. has suggested a solution involving "quantized inertia" which is based on a respectable if unproven phenomenon called Unruh Radiation. A Finnish team recently published a peer-reviewed paper proposing that such a drive could work because of an unseen exhaust of paired photons that cancel out each other's visible effects but still carry momentum.

A good and easily-proven theory would certainly make it easier for the scientific community to take claims of propellantless drives more seriously. But what really matters is whether Cannae can really get the drive to work in space. The payoff would be impressive—but it would be a success against long odds.