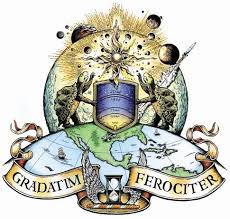 Despite expectations of fiery explosions, Blue Origin successfully landed its New Shepard rocket after launching the vehicle for the fifth time today. The landing was a delightful surprise for the company, since it fully expected that rocket to either break up or slam into the floor of the Texas desert.

That's because the purpose of today's flight was to test out the New Shepard's escape system. It's a feature that will save future passengers on board the vehicle, in case the rocket suffers a major failure during flight. Blue Origin initiated the escape system about 45 seconds after takeoff today, causing a rocket motor to ignite underneath the New Shepard's crew capsule — the portion of the vehicle that's meant to carry people. The motor, which burned for about two seconds, successfully carried the capsule up and away from the rest of the rocket. The capsule's parachutes then deployed and lowered the vehicle gently down to the ground.

Prior to the flight, it was thought that igniting the capsule's motor would be too much for the rocket booster to handle. The ignition slammed the booster with a bunch of forceful heat exhaust, making it hard to survive and continue working properly. But the booster actually continued to climb to space after the escape system was ignited, and then landed successfully at Blue Origin's test facility. Even if the booster had crashed, the flight would still have been considered a success, since the only objective today was to recover the crew capsule. But landing the New Shepard booster is just icing on the cake.

Since the vehicle did survive, Blue Origin has some celebrating to do. CEO Jeff Bezos said that the company would throw a party for the rocket, since it's the first vehicle that they successfully landed after launching to space. However, this New Shepard won't fly again, as the rocket will live out the rest of its days in a museum.

Eventually, Blue Origin hopes to use future New Shepard vehicles to send passengers to the edge of space, where they can float around weightless for a few minutes. People have yet to ride on the New Shepard, but when they do, up to six people can ride inside of the crew capsule. The booster will carry the capsule up to 62 miles above the Earth's surface, an altitude that many consider to be the boundary of outer space. Once there, the capsule separates from the booster and the two eventually fall back to earth; the capsule touches down with the help of parachutes while the booster reignites its engine and lands upright on solid ground.

Blue Origin plans to start sending test pilots up on the New Shepard sometime next year. And paying customers are expected to start riding in 2018, though there's still no word on how much tickets will cost. Seeing as how the company's test flights have gone so smoothly — and even better than expected — that timeline doesn't seem in jeopardy of changing.