October 11, 2016
The space agency wants to give low-Earth orbit to the private sector as it focuses on Mars 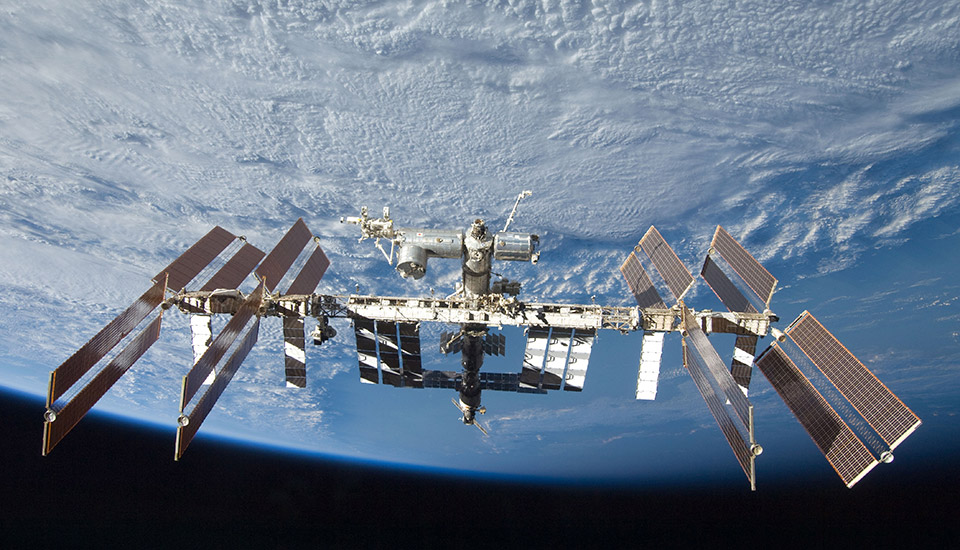 Private space companies may soon get the opportunity to add their own habitat modules to the outside of the International Space Station. That’s according to NASA Administrator Charles Bolden, who announced the new initiative today as a way to help expand the number of companies and people that can do work and research in space. That can eventually help companies gain the experience and capability to create private space stations of their own.

"A vibrant user community will be key to ensuring the economic viability of future space stations," wrote Bolden in a White House blog post.

The announcement of this new opportunity comes just a few months after NASA asked private companies for ideas of how they might use one of the docking ports on the ISS. Based on the responses NASA received, Bolden said companies had a "strong desire" to attach commercial modules to the station that could benefit both NASA and the private sector. Bolden didn’t specify which companies expressed interest, but one company in particular, Bigelow Aerospace, has been very vocal about its desire to hook up habitats to the ISS; the company wants to attach its next big inflatable habitat, the B330, to the ISS as early as 2020. One of Bigelow’s experimental habitats is already connected to the ISS, though its stay is only temporary and meant to gather data about Bigelow’s habitat technology.

While the new ISS initiative is meant to foster innovation in the private sector, it will also presumably help jumpstart the space station’s transition from a state-run project to one helmed by the private sector. The ISS is set to retire in 2024, and NASA is looking to move beyond lower Earth orbit and send humans to Mars by the mid-2030s. But before NASA abandons the ISS, the space agency wants to leave the orbiting lab in some private company’s capable hands. "Ultimately, our desire is to hand the space station over to either a commercial entity or some other commercial capability so that research can continue in low-Earth orbit," Bill Hill, NASA’s deputy associate administrator for Exploration Systems Development, said at a press conference in August.

Bolden’s ISS announcement also coincided with a CNN op-ed from Barack Obama, in which the president defended his decision to put NASA on its "Journey to Mars," while increasing partnerships with the private sector. "Getting to Mars will require continued cooperation between government and private innovators, and we're already well on our way," wrote Obama. NASA has contracted three private companies to periodically resupply the ISS. And in a couple of years, two private companies — SpaceX and Boeing — will launch astronauts to the station for NASA.

These public-private partnerships have become an integral part of how NASA does business these days, and it looks like they’ll be a prominent feature of the agency’s Mars mission. In August, NASA selected six companies to create prototypes for deep-space habitats that astronauts could potentially live in. Eventually, NASA hopes to use these commercially developed habitats — or "habs" — as vehicles that can house astronauts on their trips to Mars.

Of course, Obama’s essay and the new NASA initiatives come at a critical time for America’s space program. The United States is just weeks away from electing a new president, and he or she will have the power to completely change NASA’s direction. Bolden has argued many times before that changing the space agency’s focus away from Mars — after six years of working toward that goal — would be detrimental. "This is not a time that we can start over," Bolden said in a speech last year for the Center for American Progress. "I think we’ve been through enough ‘start overs’ to know that people grow weary. People like to see something where you’re persistent."

However, not everyone is in agreement on the best ways to get to Mars, and there isn’t even consensus on whether Mars should be NASA’s focus. It’s very possible that a new administration could change NASA’s direction, and maybe even alter the public-private partnerships that the space agency has solidified under Obama’s administration.