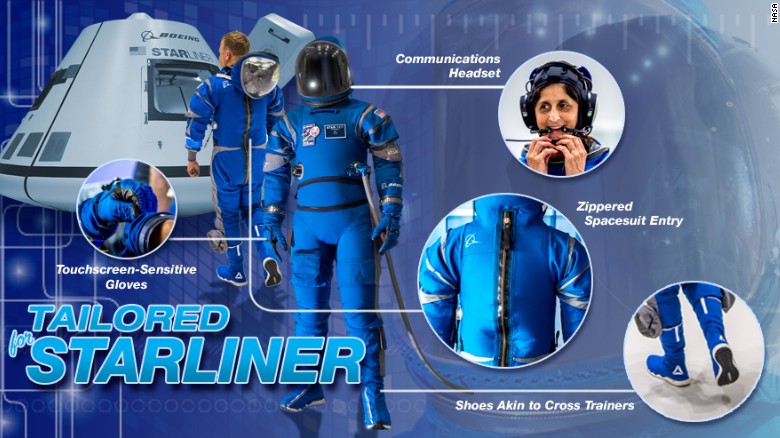 Soon those bulky, orange spacesuits will be collecting dust in the back of astronauts' closets.

On Wednesday Boeing unveiled a new, sleeker, flexible version that will bring modern design to space travel. "It is a lot lighter, more form-fitting and it's simpler, which is always a good thing," said astronaut Eric Boe. "Complicated systems have more ways they can break, so simple is better on something like this."

The new, blue suit weighs only 20 pounds, that's 10 pounds less then the launch-and-entry suits astronauts wear today. Other features include: touchscreen-sensitive gloves; visor and helmet incorporated in the suit and more flexibility in the elbows and knees to allow more freedom of movement.

Vents in the suit allow water vapor to escape out of the suit but keep air inside. This makes the suit cooler for the wearer, but will not impact safety.

The suits are designed specifically for the Boeing's Starliner spacecraft, which will fly astronauts to the International Space Station. The first flight test is scheduled to launch in 2018.