In video call to space station, President Donald Trump calls for speeding up trips to Mars

The purpose of the orbital linkup from the Oval Office was to recognize Whitson’s new status as the U.S. record-holder for most cumulative time in space – “534 days and counting,” Trump noted.

But the topic soon turned to Mars, and how soon humans would be journeying to the Red Planet. When Trump asked Whitson what the time frame was, Whitson noted that the bill he signed into law last month called for the journeys to begin in the 2030s.

“Well, we want to try and do it during my first term, or at worst during my second term,” Trump replied. “So we’ll have to speed that up a little bit, OK?”

“We’ll do our best,” Whitson said, amid smiles and laughter.

NASA’s current schedule calls for the first test flight of the heavy-lift rocket it has designated for Mars journeys, the Space Launch System, to lift off in 2018 – but that schedule is virtually certain to slip to 2019 or 2020. It’ll take several more flights to lay the groundwork for deep-space missions.

That means putting NASA astronauts on Mars by 2024 would be out of the question, unless Trump is really serious about a massive and expensive speed-up.

Whether or not it’s 2024, and whether it’s Mars or the moon, Trump has made clear how much he wants to see a dramatic space mission during his administration. He returned to the subject of sending Americans to Mars later in the talk.

“I think we’ll do it a lot sooner than we’re even thinking,” the president said. 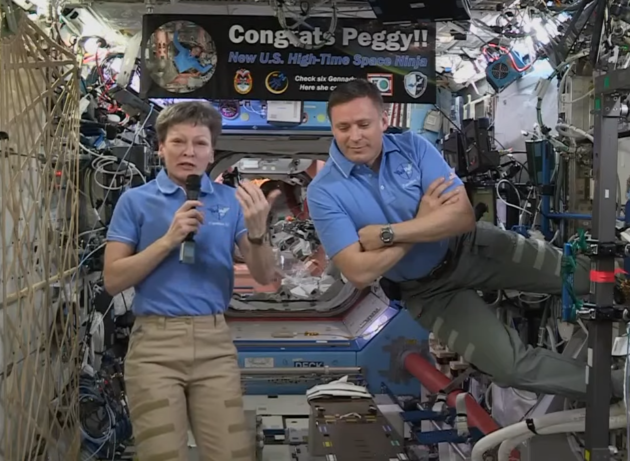 SpaceX’s billionaire founder, Elon Musk, has also set a mid-2020s time frame for crewed trips to Mars, and he’s been more explicit about his willingness to fund the plan. SpaceX didn’t come up by name during today’s Oval Office chat, but after a bit of prompting from Trump, commercial space ventures received an orbital shout-out from Whitson’s crewmate on the station, Jack Fischer.

“Once you get them going, you better stand out of their way,” Fischer said.

Trump was joined in the Oval Office by NASA astronaut Kate Rubins, who came back to Earth last September after conducting the first DNA sequencing experiment in orbit; and Ivanka Trump, the president’s daughter.

Among other highlights from the video:
Source: http://www.geekwire.com/2017/donald-trump-nasa-mars/
mars nasa space