Rogers calls for separate “Space Corps” within the Air Force 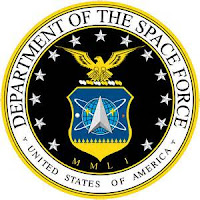 “We have to acknowledge that the national security space structure is broken,” the Alabama Republican said in a Tuesday morning speech at the 33rd Space Symposium. “It’s very hard for a government bureaucracy to fix itself, and that’s exactly why congressional oversight exists. It’s the job of the Armed Services Committee to recognize when the bureaucracy is broken and to see that it’s fixed.”

Rogers, chairman of the House Armed Services strategic forces subcommittee, said the Space Corps concept would be the first step in spinning off space operations into an independent branch of the military — similar to the way the U.S. Army Air Corps eventually become the Air Force.

“My vision of the future is a separate space force within the Department of Defense,” Rogers said.

Despite the Air Force being a “world-class military service,” space should not be led by people who “get up each morning thinking about fighters and bombers…you cannot organize, train, and equip in space the way you do a fighter squad,” Rogers said.

The transition process will start to take shape “in my subcommittee’s mark this year and next,” he added, referring to a key step in the authorization committee’s legislative process.

Rogers praised the likes of Gen. John “Jay” Raymond, leader of Air Force Space Command, and Lt. Gen. Sam Greaves, head of the Air Force Space and Missile Systems Center, but said the Air Force is not structured to educate and elevate a future generation of space leadership.

“Last month…the Department of Defense published the Air Force list of colonels that are being nominated to become one-star generals,” Rogers said. “There are 37 nominees on that list. Would anyone like to guess how many were career space professionals?…None.”

Rogers said the Armed Services committee needs to begin debating the issue, but he does not expect radical change immediately.

“The amputation is not going to begin tomorrow,” he said. “That said, I believe reform is needed. We must start now…This is a system that moves too slowly, and we don’t have the time to wait.  And I won’t.”