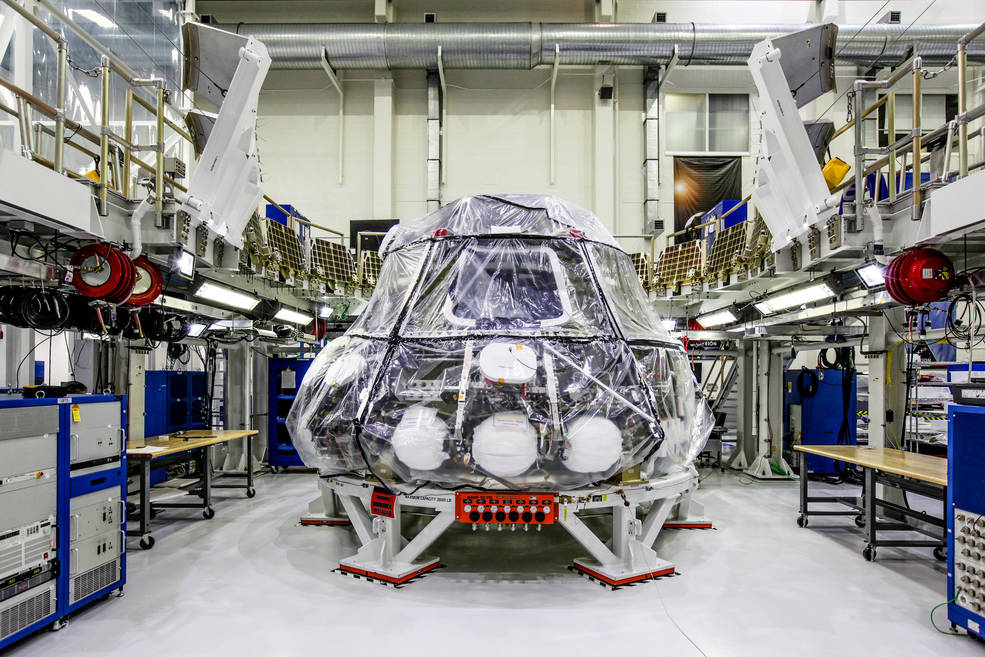 Hurtling beyond the Moon at a speedy 25,000 mph for a three-week mission requires a space processor capable of operating with guaranteed reliability, in a high radiation environment tens of thousands of miles in deep space, at 480,000,000 instructions per second to execute thousands of commands and sequences for controlling the hundreds of spacecraft systems and components to ensure crew safety and mission success.

To ensure everything performs as planned, the Orion spacecraft destined for Exploration Mission-1 was successfully powered up for the first time this week in Orion’s spacecraft factory, the Neil Armstrong Operations and Checkout Facility at NASA’s Kennedy Space Center in Florida.

“The initial power-on procedure verified the health and status of Orion’s core computers and power and data units and marks the beginning of critical spacecraft subsystem tests to get us ready for flight," said Mark Kirasich, NASA Orion program manager. “Our test team, ground support equipment and flight systems all performed remarkably well during the test. This is a major milestone for Orion and for our long range deep space exploration plans.”

During the initial power-on tests, engineers and technicians connected the vehicle management computers to Orion’s power and data units to ensure the systems communicate precisely with one another to accurately route power and functional commands throughout the spacecraft for the duration of a deep-space exploration mission. In spaceflight, Orion will generate power through its four solar array wings which collectively hold about 15,000 solar cells that can harness enough electricity to power eight three-bedroom homes. The power and data units then distribute that power as needed throughout the spacecraft.

“The spacecraft’s power and data units and core computers will continue to undergo additional testing of various components over the next two to three months,” said Rafael Garcia, NASA Orion program test and verification lead at Kennedy.

Orion will launch atop the agency's Space Launch System rocket for an uncrewed mission traveling 40,000 miles beyond the Moon and returning to Earth with a Pacific Ocean splashdown. The mission will demonstrate the integrated system performance of the rocket, Orion spacecraft and ground support teams prior to the first flight with astronauts on board.