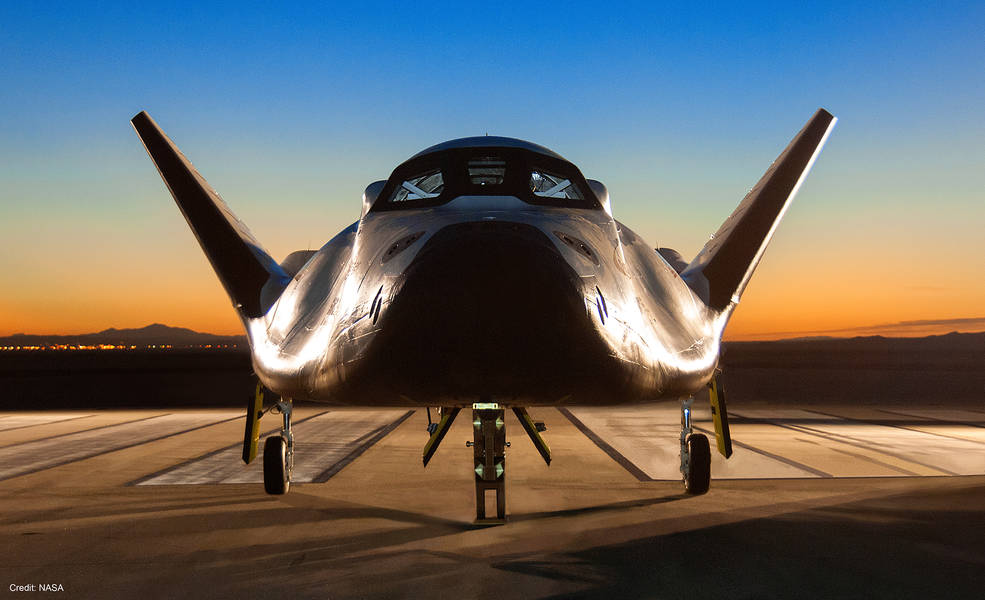 Fly frequently, travel safely, land on (most) runways, and operate economically: such are the guiding principles for 21st century spaceplanes, cargo-carrying aerospace workhorses routinely launching to low-Earth orbit for space station resupply and crew transfers. Fans disconsolate after retirement of NASA’s shuttle fleet can take heart: The next generation in reusable space vehicles is set to debut.

A new spaceplane stage has been set by decades of NASA work done at Langley Research Center on horizontal-landing, or HL, lifting bodies. Sporting a design reminiscent of the upward-flexing pectoral fins on breaching manta rays, HL vehicles feature rudimentary wings. As the craft settles through Earth’s atmosphere from orbit the chubby, cigar-like fuselage generates lift from more air pressure on the bottom than on the top. 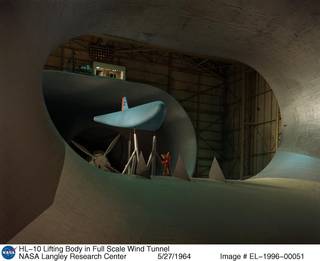 Flying Wingless First championed for flight testing by NASA engineer H. Dale Reed in the early 1960s, the HL concept went through a number of design changes and improvements, eventually resulting in a series of experimental piloted aircraft. The Northrop HL-10 – referring to the tenth design evaluated by Langley engineers – was built to assess specific structural refinements. Langley laboratories and wind tunnels hosted a variety of early studies on scale models before any full-scale craft were constructed.

The HL-10 would be one of five “heavyweight” lifting body designs flown at NASA’s Flight Research Center (now known as Armstrong Research Center) from July 1966 to November 1975 to demonstrate a pilot’s ability to maneuver and safely land a wingless vehicle. The information the lifting-body program generated contributed to a database crucial to the genesis of the space shuttle program. 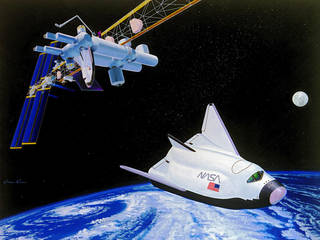 A New Kid Spurred by the Soviet Union’s development of its subscale, unmanned BOR-4 – a testbed for the country’s would-be Buran space shuttle – by the 1980s Langley had set to work on a HL-10 successor, known as the HL-20, or “Personal Launch System (PSL).” The effort’s goals were straightforward: to assess the feasibility of low operational costs, make improvements to flight safety, and evaluate the possibility of conventional-runway landings. Yoked to the PSL research was wind tunnel testing and human-performed landing scenarios created in Langley simulators.

By 1990s, a 29-foot full-size, non-flying HL-20 model was built by the students and faculty of North Carolina State University and North Carolina A & T University to study crew-seating arrangements, habitability, equipment layout and how best to enter and exit. Although never flight-tested, the PSL did ultimately deliver: its design would be the basis for development of Sierra Nevada’s Corporation’s (SNC) Dream Chaser. 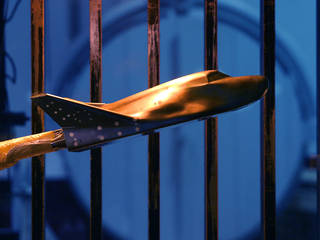 Mission Flexibility In January 2016 SNC was one of three companies awarded contracts to ferry cargo from 2019 through 2024 to the International Space Station (ISS). Under the terms of NASA’s Commercial Crew Program, and as part of a Space Act Agreement, SNC is able to use agency wind tunnels for Dream Chaser studies and experiments. That’s where Langley came in, mounting a Dream Chaser scale model in its Unitary Plan Wind Tunnel for extensive aerodynamic data gathering, which was subsequently added to the spacecraft’s performance database.

Although a quarter of the size of any of the now-retired space shuttles, Dream Chaser can carry as many as seven crew members. Although there is but one basic spacecraft airframe, there are two system variants optimized for either manned or unmanned missions. SNC asserts the Dream Chaser can be reused 15 or more times, more than any other current operational space vehicle. The company also touts the spacecraft’s flexibility in remote sensing, satellite servicing, and even “active debris removal,” otherwise known as space-trash cleanup.

A second round of Dream Chaser flight tests at NASA’s Armstrong Research Center is slated to continue through the end of the 2017 calendar year.