Showing posts from October, 2017
Show all

Stargazers have discovered 20 worlds "hiding in plain sight" which they believe could be habitable. Analysis of data from the Kepler space telescope revealed a list of planets that orbit stars like our own sun. Each potential new world comes with varying orbit times, including one that takes the equivalent of 395 Earth days to circle its star and another which takes just 18. The exoplanet with a 395-day year is one of the most exciting, according to Jeff Coughlin, the Kepler team leader who helped analyse the data. It is about 97 per cent the size of Earth but colder and more like our tundra regions. Despite its chilly climate, it is still warm and large enough to hold liquid water - which is vital for life. Coughlin told New Scientist: "If you had to choose one to send a spacecraft to, it’s not a bad option." The planets will form part of an investigation from the Hubble Space Telescope. Earlier this year the Kepler spacecraft has detected 219 new
Post a Comment
Read more

EmDrive: The Beginning of a Revolution in Space Travel Although the EmDrive thruster was designed more than a decade ago, and proven to work by NASA’s Advanced Propulsion Physics Research Laboratory, informally known as Eagleworks, the subject still remains a controversial one. The main issue with the theoretical propulsion system which could potentially make space travel significantly faster, lies in its defiance of Newton’s third law. The Electromagnetic Drive, or EmDrive, is a space engine that runs on propellant-less thruster technology. It is touted to have the potential to cut travel time through space, particularly to Mars and more ambitiously with interstellar travels. The engine was designed by British scientist Roger Shawyer back in 2001. Yet, 16 years later, the EmDrive remains a controversial subject within the scientific community with many physicists dismissing the theoretical propulsion system to the world of pseudoscience. The main reason for that skepticism consists in EmDrive’s defiance of Newton’s third law which s
Post a Comment
Read more 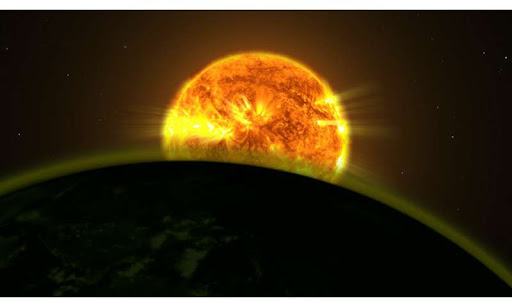 New NASA research is helping to refine our understanding of candidate planets beyond our solar system that might support life. "Using a model that more realistically simulates atmospheric conditions, we discovered a new process that controls the habitability of exoplanets and will guide us in identifying candidates for further study," said Yuka Fujii of NASA's Goddard Institute for Space Studies (GISS), New York, New York and the Earth-Life Science Institute at the Tokyo Institute of Technology, Japan, lead author of a paper on the research published in the Astrophysical Journal Oct. 17. Previous models simulated atmospheric conditions along one dimension, the vertical. Like some other recent habitability studies, the new research used a model that calculates conditions in all three dimensions, allowing the team to simulate the circulation of the atmosphere and the special features of that circulation, which one-dimensional models cannot do. The new work will help a
Post a Comment
Read more 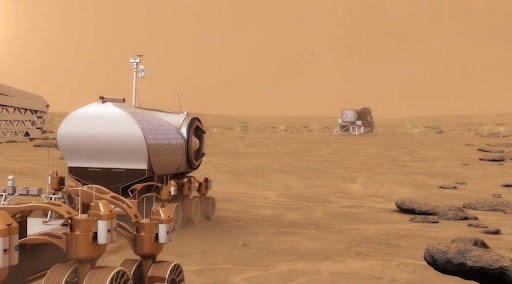 While it's true that space radiation is one of the biggest challenges for a human journey to Mars, it's also true that NASA is developing technologies and countermeasures to ensure a safe and successful journey to the red planet. "Some people think that radiation will keep NASA from sending people to Mars, but that's not the current situation," said, Pat Troutman, NASA Human Exploration Strategic Analysis Lead. "When we add the various mitigation techniques up, we are optimistic it will lead to a successful Mars mission with a healthy crew that will live a very long and productive life after they return to Earth." Space radiation is quite different and more dangerous than radiation on Earth. Even though the International Space Station sits just within Earth's protective magnetic field, astronauts receive over ten times the radiation than what's naturally occurring on Earth. Outside the magnetic field there are galactic cosmic rays (GCRs), s
Post a Comment
Read more 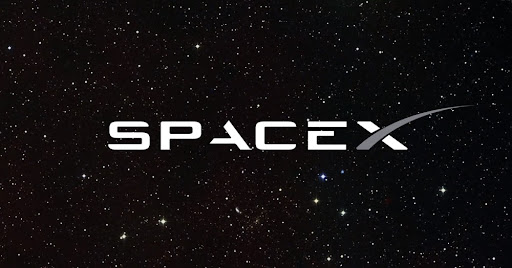 SpaceX CEO Elon Musk revealed a trove of new details on the company’s plan to colonize Mars. He discussed technical details about the giant rocket that he says will take passengers to the Red Planet, the road map for getting to its first launch, and insights into SpaceX’s broader strategy in an “Ask Me Anything” forum on Reddit Saturday. Musk was his typical freewheeling self during the AMA, quoting the cartoon Bob the Builder and responding to a question about spaceship design with the highly technical insight that “tails are lame.” He also gamely responded to questions about tangential details of settling Mars, including speculation that settlers might use a compressed version of the Internet. Musk observed that data would take between 3 and 22 minutes to travel between Earth and Mars. “So you could Snapchat, I suppose. If that’s a thing in the future,” he wrote. More substantively, Musk clarified the scope of SpaceX’s ambitions on Mars. Though he has shared images of vast
Post a Comment
Read more

Extra testing of the James Webb Space Telescope and delays in assembling the powerful observatory will push back the $10 billion mission’s launch by at least six months to early 2019, officials announced last week as the telescope successfully completed an extensive performance test inside a cryogenic vacuum chamber in Houston. NASA ordered the launch delay to keep ground teams from rushing to ready JWST for its previous launch date in October 2018. Assembly of the spacecraft at Northrop Grumman’s facility in Redondo Beach, California, ran behind schedule the last few months, consuming most of the remaining slack in the schedule leading up to the launch opportunity next October. “During the summer, we started to analyze what’s the work we have yet to do, and what’s the pace at which we’re accomplishing the current work, which is the testing of the telescope down at the Johnson Space Center, and the integration and eventual testing of the spacecraft bus element, the combination of
Post a Comment
Read more 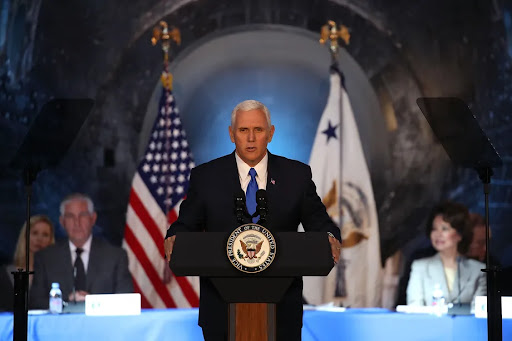 The space agency has a new pit stop on the way to Mars After months of hinting, Vice President Mike Pence finally made it clear today that the Trump administration will direct NASA to land humans on the Moon and establish a more permanent presence on the lunar surface. It's a return to the vision of President George W. Bush, which was deferred when President Obama reoriented the space agency toward a journey to Mars. Pence made the administration’s intentions known in a Wall Street Journal op-ed, as well as a speech he gave during the inaugural meeting of the National Space Council — a newly resurrected executive group aimed at guiding the US space agenda. “We will return NASA astronauts to the Moon — not only to leave behind footprints and flags, but to build the foundation, we need to send Americans to Mars and beyond,” he said to a crowd of representatives and press at the Smithsonian National Air and Space Museum’s Steven F. Udvar-Hazy Center in Chantilly, Virginia. It’
Post a Comment
Read more

ADELAIDE, Australia — The United Arab Emirates (UAE) plans to establish its own astronaut corps in the next year, seeking to fly its citizens into space on other nations’ vehicles starting in the early 2020s. In a panel discussion at the 68th International Astronautical Congress (IAC) here Sept. 28, officials with the country’s new space agency said that the country sought to develop a “sustainable” human spaceflight program with scientific applications, rather than simply the prestige of flying humans in space. “This is an initiative from the UAE government to have a sustainable human spaceflight program,” said Salem Humaid Al Marri, assistant director general at the Mohammed Bin Rashid Space Centre. “When we talk about sustainable, that means that we are not looking at launching an astronaut for a week or launching a tourist flight, but we’re looking at a program that is based on science.” Al Marri said later that the government will formally request applications from astrona
Post a Comment
Read more

60 years after Sputnik, Russia is lost in space 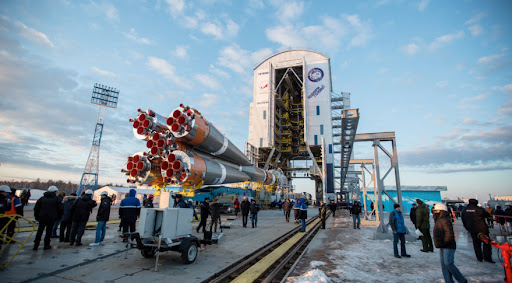 MOSCOW — Just over 30 years after the Soviet Union launched the world’s first satellite, Sputnik 1, the nation that opened the space race stood on the precipice of a second golden age of space exploration. A major program, the Energia heavy booster rocket and the Buran space shuttle, was nearing completion — making its maiden flight in November 1988. Another three decades later, on the 60th anniversary of Sputnik 1, the Russian space program is a shadow of its Soviet predecessor. The Energia-Buran project, its last major accomplishment, flew just once before the fall of communism gutted Moscow’s space program. For nearly three decades now, the Russian space industry has been in a state of triage, teetering on collapse. But the Russian space program has consistently defied the dire predictions of those foretelling an imminent end to the program. Today, amid a major effort to reform and reorganize the Russian space industry under the new Roscosmos state corporation, there are signs
Post a Comment
Read more

NASA's inflatable ISS habitat could stay in space until 2020 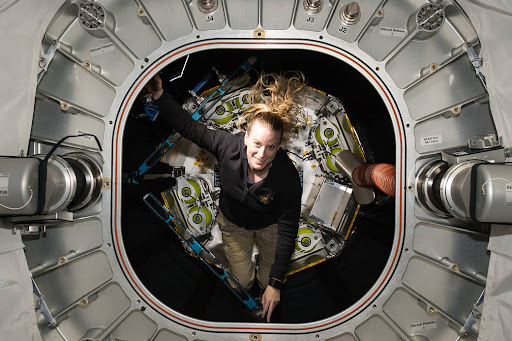 The extended experiment will allow NASA to learn more about expendable modules in space. The Bigelow Expandable Activity Module (BEAM) was only supposed to stay attached to the ISS for two years. It's been performing well enough in its technological demonstration, however, that NASA now wants to extend its stint for three more years. Astronauts aboard the ISS installed BEAM in early 2016 as an experiment, with the intention of regularly checking its integrity, conducting radiation shielding experiments and collecting microbial air and surface samples from within its confines. The results of those tests prove that the module is tough enough to survive the harsh conditions of outer space for far longer than its original lifespan. While Bigelow Aerospace ultimately wants its expandable habitat to serve as living quarters, it's way too early to expect astronauts to live inside the module. BEAM will instead serve as storage space to hold up to 130 cargo transfer bags used to t
Post a Comment
Read more
More posts