November 15, 2017
Nearly a year into the Trump Presidency, NASA is arguably no closer to a crewed return to the lunar surface than a decade ago. SpaceX is still focused on Mars. And Ryan Gosling is shooting a Neil Armstrong biopic. 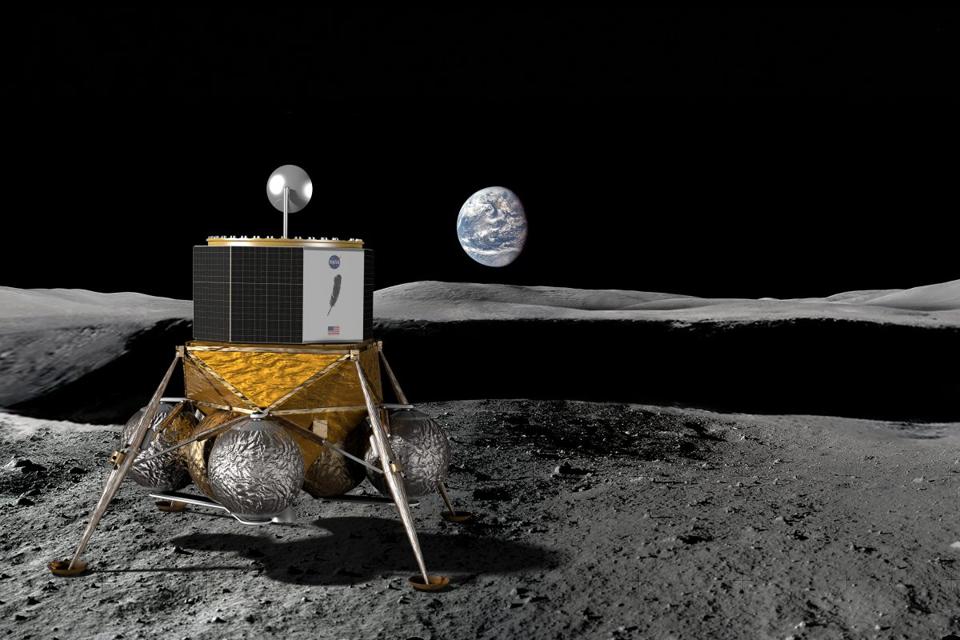 So, for the foreseeable future, it seems as if the only way the Over-50 set will ever get to relive the glory days of the Apollo era will be with a bucket of popcorn. That is, unless Congress and NASA get serious about public/private partnerships of the sort proposed by Jeff Bezos’ Blue Origin and the company’s Blue Moon program. Blue Moon is a potentially low-cost, repeatable lunar-lander system designed to provide NASA and others with a commercial lunar cargo delivery solution.

Yet, last week Rep. Lamar Smith (R-Texas) put out a statement that made me wonder if we would ever see new boots on the lunar regolith. Smith, Chairman of the House Committee on Science, Space and Technology, noted that it’s now expected that the first launch of NASA’s Space Launch System (SLS) could be delayed to late 2019.

Smith pointed out that for the last eight years, Congress has defended the SLS and Orion crew vehicle from attempts at cancellation and proposed budget cuts. And, he notes, that it is “very disappointing” to hear about delays caused by poor execution.

“NASA and [its] contractors should not assume future delays and cost overruns will have no consequences,” Smith said in the statement.

Sadly, there seems to be a disconnect between lunar life support research and the budgets to bring it all to fruition. Only a few years ago, I attended a weeklong aerospace-engineering conference which did some incredibly heavy-lifting on lunar habitats and life support.

The conference was rife with highly-skilled researchers who appeared absolutely obsessed with finding more efficient ways to wring lunar life support from recycled human waste. There were detailed plans about how to construct walk-in lunar greenhouses at comparatively low cost. Papers on how to ‘grow’ modular habitats that would snake their way around semi-permanent outposts near the lunar South Pole. And much talk of harnessing solar radiation at the tops of craters.

This is all heady stuff. But Blue Origin thinks that the key to it all is the ability to continually soft-land 10,000 pounds of cargo on the lunar surface, or roughly the equivalent of two Ford F-150s in one fell swoop. That would open the door to rovers and surface habitats.

The Blue Moon lander could easily fly on the SLS . And Blue Origin envisions working with NASA on missions to the lunar surface in the mid to late 2020s. But it says, if necessary, it could also use its own New Glenn launcher.

Bretton Alexander, Blue Origin’s Director of Business Development and Strategy, recently told the House Subcommittee on Space that the Bezos-backed company is prepared to bring private capital to partner with NASA for a return to the lunar surface.

It’s also a long shot that NASA will have a budget and the political appetite for such partnerships. But Blue Origin remains optimistic.

“We have proposed the Blue Moon lunar lander concept as a low-cost cargo delivery service to enable NASA and commercial activities on the moon,” Blue Origin told me. “When you can cost-effectively and precisely soft-land large amounts of cargo on the moon, there are few limits on what you can do.”