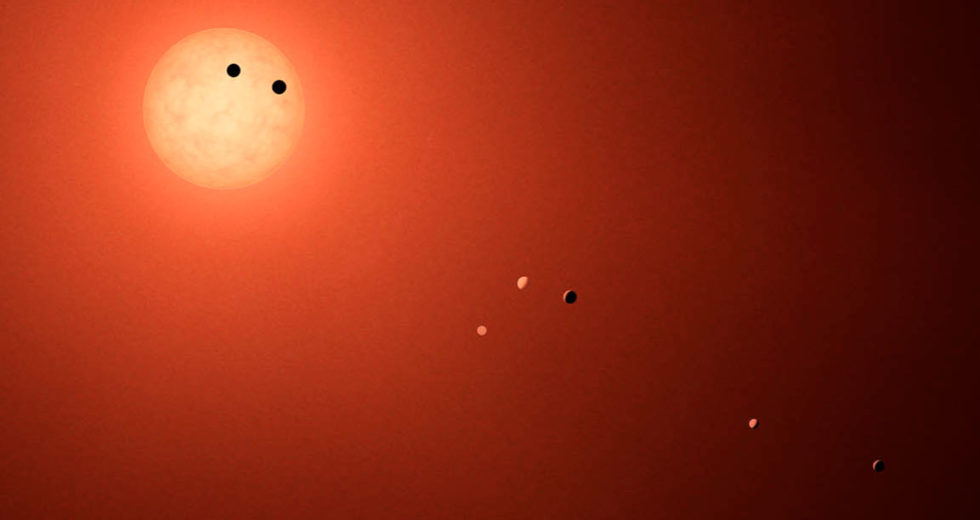 Chances of finding alien life in new exoplanets discovered keep increasing as more exoplanets are found that may have the right conditions.

K2-155d
A team from the Tokyo Institute of Technology's Department of Earth and Planetary Sciences confirmed the existence of 15 exoplanets that are orbiting red dwarf stars. K2-155 is one of the brighter red dwarfs, it is around 200 light years away from Earth.

K2-155's system includes three super-Earths, the super-Earth orbiting the furthest away from the star could be within its habitable zone. K2-155d had a radius that is 1.6 times larger than that of Earth.

Research for the study was published in The Astronomical Journal, as two papers. To study the exoplanets, researchers used data from NASA Kepler's second mission, K2 along with observations from Hawaii's Subaru Telescope and Spain's Nordic Optical Telescope.

Using the data obtained, researchers concluded that K2-155d may have the ability to have liquid water on its surface. Three-dimensional global climate simulations were used to come to the conclusion/

To determine whether K2-155 would be large and warm enough to support life more research would need to be done. Recent studies have shown that planets that are orbiting red dwarfs have similarities to solar-type of stars.

Life Near Red Dwarfs
Almost three-quarters of the stars in the galaxy are red dwarfs. Red dwarfs are between 7 and 60 percent the size of the Sun. That smaller mass means that they don't burn as hot as the Sun and emit less than 5 percent as much light as the Sun.

Discoveries of Earth-like planets has made it more interesting to guess whether there may be life on those planets. Being Earth-like doesn't guarantee that life may exist on these worlds, just that they're terrestrial and have enough mass to have an atmosphere.

Besides being the most common type of star found in the galaxy, new research shows that there is at least 1 planet for every red dwarf star. Just because a red dwarf has a planet orbiting around it doesn't mean it will have a life.

Unlike the solar-type star in Earth's solar system, habitable zones for red dwarves are much smaller. Since the habitable zone is smaller, those planets orbiting the stars are much closer meaning that they are likely tidally locked to the star. That means the only side of the planet faces the star. This change means that weather conditions on those planets could be erratic, with massive storms blowing between both halves of the planet.

Given the proximity to the star, it is also worrying that red dwarfs emit stellar flares. These flares can strip a planet's atmosphere because of how close the planets are from red dwarfs.

Conditions such as these make it more difficult to predict whether or not red dwarf systems will be able to sustain life.