Showing posts from June, 2018
Show all

NASA unveiled its plan to protect Earth and predict the chances for a threat from a near-Earth object (NEO), outlining five goals, including enhanced detection and improved modeling.

The 20-page plan, unveiled on Wednesday, details steps the U.S. should take to be better prepared for objects such as asteroids and comets that come within 30 million miles of the planet.

In addition to enhancing NEO detection, tracking and characterizing capabilities and improving modeling prediction, the plan also a…
Post a Comment
Read more 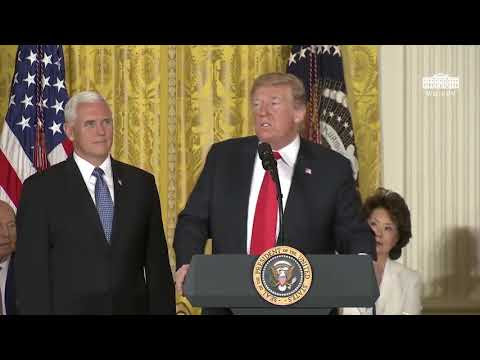 Speaking at a meeting of the National Space Council, Trump ordered the Pentagon to immediately establish a national “space force” that would become the sixth branch of the armed forces.

“We are going to have a space force,” Trump said in Washington D.C. “An Air Force and a Space Force. Separate, but equal.”

This is not the first time that Trump has floated the idea of establishing a “space force.” The president mentioned the idea in May during a ceremony at the White House honoring the Army Black Knights college football team.

Trump did not go into details about what military role the so-called “space force” would carry out or who would command it, but he framed space as a national security issue, saying he does not want "China and Russia and other countries leading us."

Pentagon spokeswoman Dana White responded: “We understand the President's guidance. Our Policy Board will begin working on this issue, which has…
Post a Comment
Read more 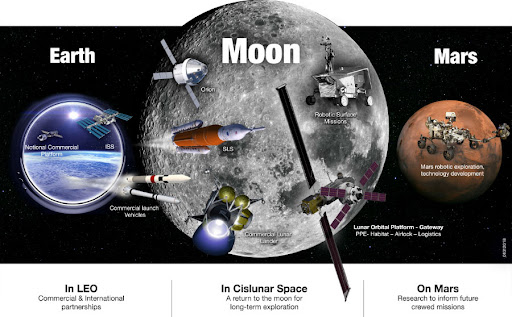 One of NASA‘s principal functions is to provide leadership in space exploration, and now the agency has a position that is the embodiment of that responsibility. Jim Bridenstine, NASA’s new Administrator, recently named Steve Clarke as the agency’s Science Mission Directorate (SMD) Deputy Associate Administrator for Exploration.

In a release issued by the agency on Monday June 11, 2018, Bridenstine provided a broad outline of Clarke’s responsibilities, something for which the new Deputy Associate Administrator may be well-suited.

“He’ll help integrate near-term and long-term lunar exploration with science missions and other destinations, including Mars,” noted the NASA Administrator. Clarke will facilitate interaction between different departments within the agency, as well as with commercial partners and the scientific community.

The next space age

Outer space is the last frontier of human exploration. Unfortunately, the glory days of landing men on the moon are now a distant memory. So too are the memories of watching space shuttles rumble to life and roar to space fading away.

That is poised to change and America is ready to lead the way.

Today, the private sector in the United States is on the cusp of unlocking the great economic potential of outer space. Innovators and entrepreneurs are investing in companies to mine asteroids, repair satellites and manufacture goods in outer space.

But regulatory uncertainty and burdensome bureaucracy threatens to push American investment and jobs overseas. It should surprise no one that government rules on testing, launches, reentry, live video, pictures and activities in space are badly outdated.

That’s why Congress and the Trump administration are pursuing aggressive updates to the existing system. As step one, President Donald Trump reconstituted the National Space Council and appointe…
Post a Comment
Read more

It looks like our next door stellar neighbors might not be so bad for life after all.

NASA’s Chandra space telescope has revealed that any planets circling Alpha Centauri, which is located about 4 light-years from Earth, could be a more friendly place for life than we initially thought.

Scientists have always held Alpha Centauri is one of our best chances for finding life beyond the solar system, but the three-star system was believed to be so inundated with harmful X-ray radiation that hopes for habitability around any yet-to-be-found planets were dim.

However, data gathered by Chandra suggests that this is might not be the case. Rather, two of the stars in the system, called Alpha Centauri “A” and Alpha Centauri “B” (known together as AB), are actually emitting X-ray radiation on par with what we get from our own sun.

“This is very good news for Alpha Cen AB in terms of the ability of possible life on any of their planets to survive radiation bouts from the stars,” astrophysicist T…
Post a Comment
Read more 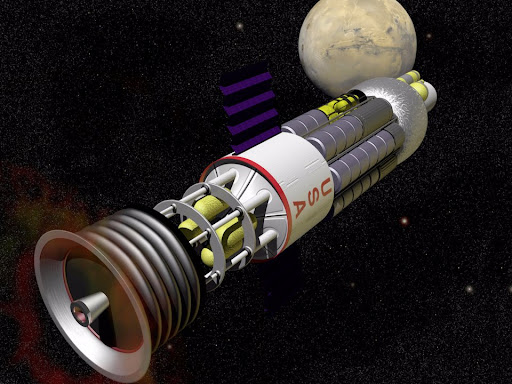 With nuclear fusion and nanotechnology advancing at the pace they are, it's possible that we might not be that far away from constructing small, interstellar space probes.If we ever found evidence suggesting life exists on a planet orbiting a nearby star, we'd need to go there for definitive proof — and this would require more sophisticated space travel.The most well thought-out interstellar propulsion concept is the nuclear rocket — but this, along with other concepts, would need to be created in space.To do this, we would first need to prioritize colonizing Mars and the moon.
With a growing number of Earth-like exoplanets discovered in recent years, it is becoming increasingly frustrating that we can't visit them. After all, our knowledge of the planets in our own solar system would be pretty limited if it weren't for the space probes we'd sent to explore them.
The problem is that even the nearest stars are a very long way away, and enormous engineering efforts w…
Post a Comment
Read more
More posts