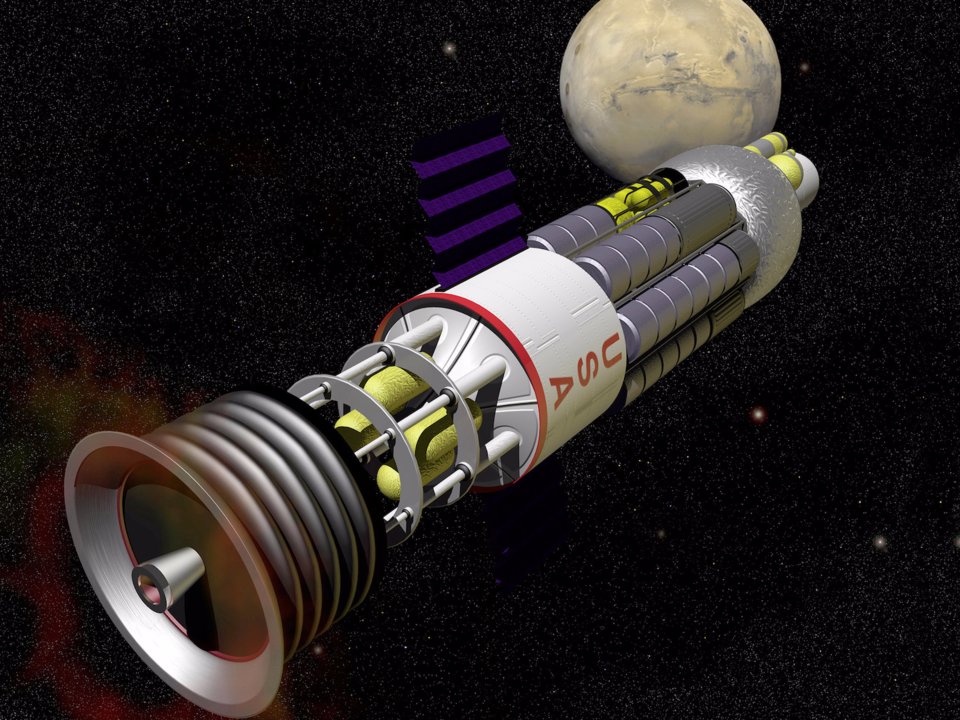 With a growing number of Earth-like exoplanets discovered in recent years, it is becoming increasingly frustrating that we can't visit them. After all, our knowledge of the planets in our own solar system would be pretty limited if it weren't for the space probes we'd sent to explore them.

The problem is that even the nearest stars are a very long way away, and enormous engineering efforts will be required to reach them on timescales that are relevant to us. But with research in areas such as nuclear fusion and nanotechnology advancing rapidly, we may not be as far away from constructing small, fast interstellar space probes as we think.

Scientific and societal case
There's a lot at stake. If we ever found evidence suggesting that life might exist on a planet orbiting a nearby star, we would most likely need to go there to get definitive proof and learn more about its underlying biochemistry and evolutionary history. This would require transporting sophisticated scientific instruments across interstellar space.

But there are other reasons, too, such as the cultural rewards we would get from the unprecedented expansion of human experience. And should it turn out that life is rare in our galaxy, it would offer opportunities for us humans to colonise other worlds. This would allow us to spread and diversify through the cosmos, greatly increasing the long-term survival chances of Homo sapiens and our evolutionary descendants.

Five spacecraft — Pioneers 10 and 11, Voyagers 1 and 2, and New Horizons— are currently leaving the solar system for interstellar space. However, they will cease to function many millennia before they approach another star, should they ever get to one at all.

Clearly, if starships are to ever become a practical reality, they will need to be based on far more energetic propulsion technologies than the chemical rockets and gravitational sling shots past giant planets that we use currently.

To reach a nearby star on a timescale of decades rather than millennia, a spacecraft would have to travel at a significant fraction — ideally about 10% — of the speed of light (the Voyager probes are travelling at about 0.005%). Such speeds are certainly possible in principle — and we wouldn't have to invent new physics such as "warp drives," a hypothetical propulsion technology to travel faster than light, or "wormholes" in space, as portrayed in the movie Interstellar.

Top rocket-design contenders
Over the years, scientists have worked out a number of propulsion designs that might be able to accelerate space vehicles to these velocities (I outline several in this journal article). While many of these designs would be difficult to construct today, as nanotechnology progresses and scientific payloads can be made ever smaller and lighter, the energies required to accelerate them to the required velocities will decrease.

The most well thought through interstellar propulsion concept is the nuclear rocket, which would use the energy released when fusing together or splitting up atomic nuclei for propulsion.

Spacecraft using "light-sails" pushed by lasers based in the solar system are also a possibility. However, for scientifically useful payloads this would probably require lasers concentrating more power than the current electrical generating capacity of the entire world. We would probably need to construct vast solar arrays in space to gather the necessary energy from the sun to power these lasers. 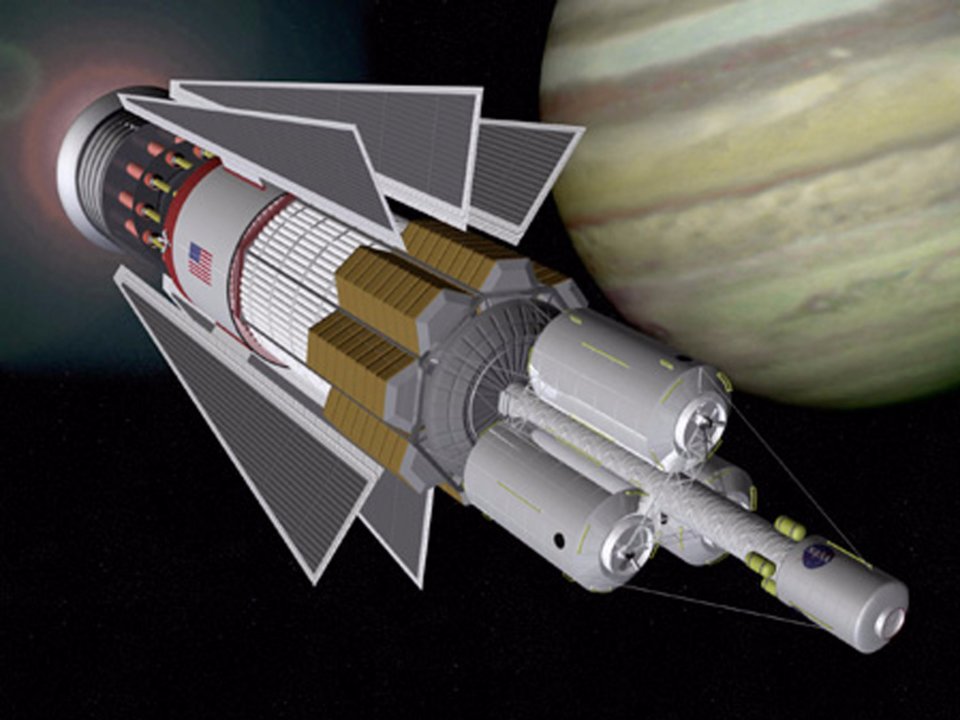 Another proposed design is an antimatter rocket. Every sub-atomic particle has an antimatter companion that is virtually identical to itself, but with the opposite charge. When a particle and its antiparticle meet, they annihilate each other while releasing a huge amount of energy that could be used for propulsion. However, we currently cannot produce and store enough antimatter for this to work.

Interstellar ramjets, fusion rockets using enormous electromagnetic fields as a ram scoop to collect and compress interstellar hydrogen for a fusion drive are another possibility, but these would probably be yet harder to construct.

The most well developed proposal for rapid interstellar travel is the nuclear-fusion rocket concept described in the Project Daedalus study, conducted by the British Interplanetary Society in the late 1970s. This rocket would be capable of accelerating a 450 tonne payload to about 12% of the speed of light (which would get to the nearest star in about 36 years). The concept is currently being revisited and updated by the ongoing Project Icarus study. Unlike Daedalus, Icarus will be designed to slow down at its destination, permitting scientific instruments to make detailed measurements of the target star and planets.

All current starship concepts are designed to be built in space. They would be too large and potentially dangerous to launch from Earth. What's more, to get enough energy to propel them we would need to learn to collect and manage large amounts of sunlight or mine rare nuclear isotopes for nuclear fusion from other planets. This means that interstellar space travel is only likely to become practical once humanity has become a spacefaring species.

The road to the stars therefore begins here — by gradually building up our capabilities. We need to progressively move on from the International Space Station to building outposts and colonies on the moon and Mars (as already envisaged in the Global Exploration Roadmap). We then need to begin mining asteroids for raw materials. Then, perhaps sometime in the middle of the 22nd century, we may be prepared for the great leap across interstellar space and reap the scientific and cultural rewards that will result.