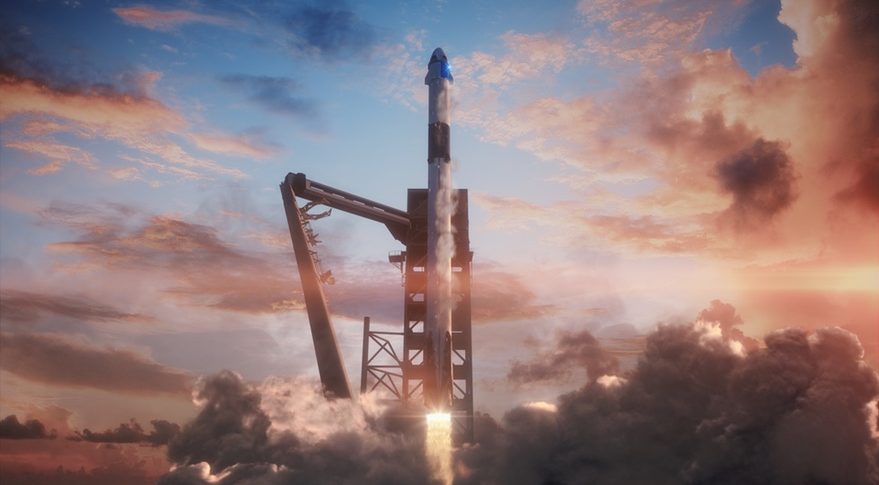 WASHINGTON — NASA has set Jan. 7 as the date for the launch of the first commercial crew test flight, an uncrewed SpaceX Dragon spacecraft that will start a series of high-stakes missions over the next year.

In a Nov. 21 statement, NASA said the Falcon 9 launch of the Crew Dragon spacecraft on a mission designated Demo-1 is scheduled for Jan. 7 from Kennedy Space Center’s Launch Complex 39A, the former Apollo and shuttle pad that SpaceX has renovated to support launches of its Falcon 9 and Falcon Heavy vehicles, in particular crewed Falcon 9 missions.

On that mission, the Crew Dragon spacecraft, also known as Dragon 2, will fly a mission to the International Space Station to test the vehicle’s systems. It will be the first orbital flight for the vehicle, and will not carry astronauts.

If that flight is successful, it will be followed in June by a crewed test flight, called Demo-2, where NASA astronauts Bob Behnken and Doug Hurley will fly the Crew Dragon to the ISS. Between Demo-1 and Demo-2, SpaceX plans to perform an in-flight abort test where a Crew Dragon will use its abort system to jettison from a Falcon 9 vehicle after liftoff.

An updated schedule released by NASA Nov. 21 showed no change to that crewed flight test, despite reports a day earlier that NASA plans to perform a review of the safety cultures of SpaceX and the other commercial crew contractor, Boeing, reportedly because of concerns about the behaviors of SpaceX’s founder, Elon Musk.

Those test flights come after years of work by both companies, as well as significant delays caused initially by shortfalls in funding and, more recently, by technical problems both companies have experienced. When NASA awarded the Commercial Crew Transportation Capability contracts to Boeing and SpaceX in September 2014, the agency expected at least one of those vehicles to be certified to carry NASA astronauts before the end of 2017. NASA now anticipates flying its first operational commercial crew mission no earlier than August 2019.

Some worry even those revised schedules are too ambitious. “Current projected schedules for uncrewed and crewed test flights for both providers have considerable risk and do not appear achievable,” said Patricia Sanders, chair of NASA’s Aerospace Safety Advisory Panel (ASAP), of the commercial crew program during an Oct. 11 meeting of the committee.

At the meeting, panel members raised a number of technical issues with both Boeing and SpaceX’s development, from the problem with the propulsion system for the Starliner’s propulsion module discovered over the summer to a lack of a final resolution on the root cause of the failure of a composite overwrapped pressure vessel (COPV) that led to the pad explosion of a Falcon 9 more than two years ago.

ASAP members also pushed back against claims that the problems were merely “paperwork” issues delaying the test flights. “It is essentially extremely important and should not be thought of as some sort of bureaucratic time delay,” said panel member Don McErlean.

Managers of both companies’ commercial crew programs, speaking at the International Symposium for Personal and Commercial Spaceflight (ISPCS) later the same day, said they would not fly until those problems are corrected. “While we’re all pushing hard to get flying, you also want to want to provide it safely,” said Benji Reed, director of commercial crew mission management at SpaceX.

The comments at both the ASAP meeting and the conference took place hours after the Soyuz MS-10 launch abort, which at the time appeared to threaten a gap in access to the ISS. While Soyuz missions are set to resume next month, NASA is racing the clock to get at least one commercial crew vehicle certified before NASA’s access to Soyuz seats expires in early 2020.

“We look at it in terms of, ‘Could I work extra shifts or put extra people on it?’” said John Mulholland, vice president and program manager for commercial programs at Boeing’s space exploration unit, about accelerating development of its vehicle at ISPCS. “It never crossed our mind to think what could you not do, what scope can you reduce.”