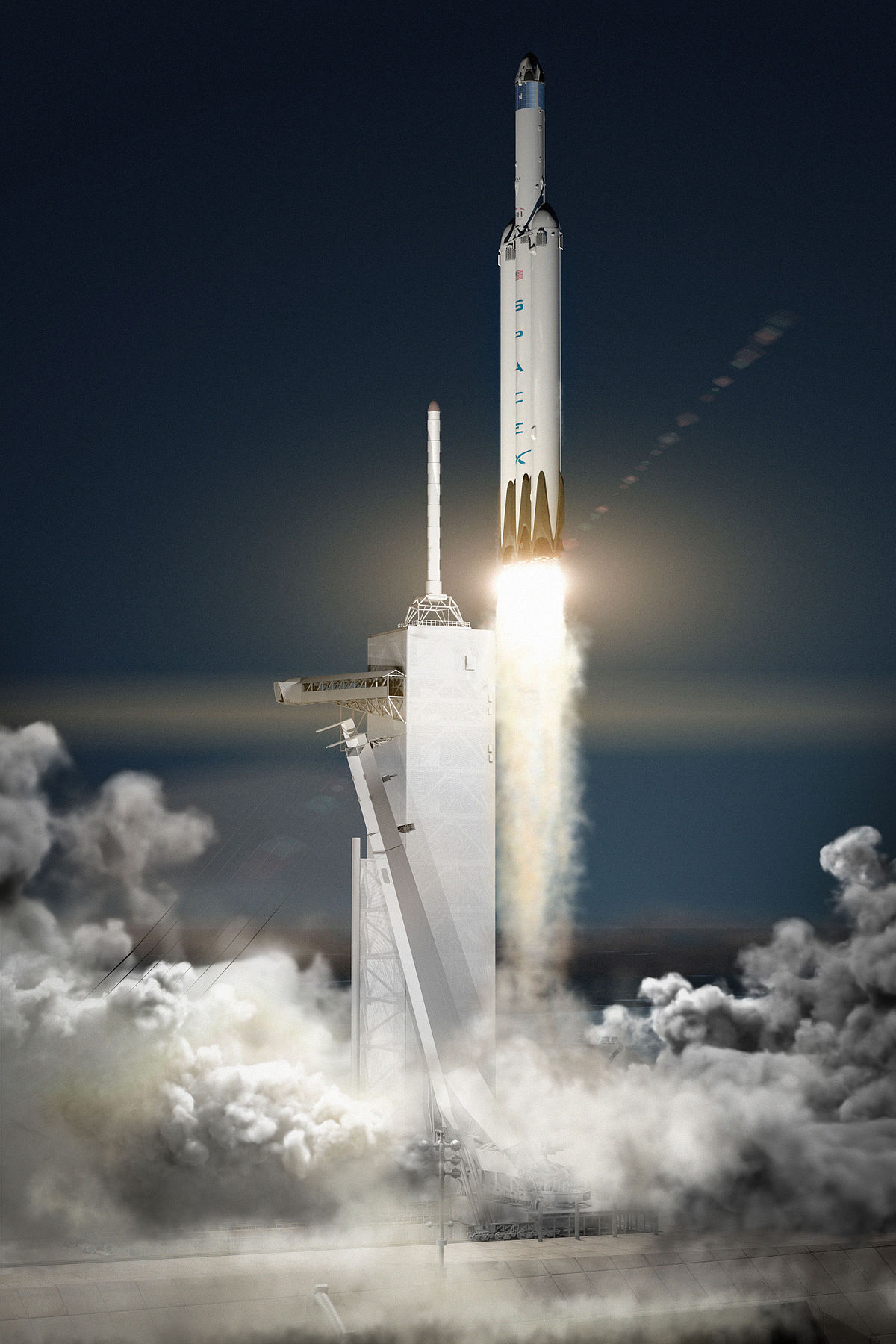 SpaceX is taking another step toward preparing for its next Falcon Heavy Launch — there's just no telling when it might actually launch.

Blog site Teslarati that follows all things Tesla and SpaceX-related posted a photo of one of the Falcon Heavy's three boosters being transported to Florida's Space Coast. Once the center booster — the main vehicle that holds cargo nose at the top — is delivered, all three booster will head into the integration stage and testing.

The Hawthorne, Calif.-based rocket company, owned by billionaire Elon Musk, is the company's most powerful rocket. The tentative launch date is scheduled for sometime in March, according to Spaceflight Now.

The second launch of the Falcon Heavy involves shooting the Arabsat 6A communications satellite to orbit for Arabsat of Saudi Arabia. Arabsat 6A will provide coverage over the Middle East, North Africa regions and South Africa.

It is likely the launch could be delayed further due to the ongoing government shutdown that has impacted NASA's Kennedy Space Center and many of its contractors.

The shutdown already has affected SpaceX's Crew Dragon test launch that was supposed to happen Jan. 17. The Falcon 9 and the Crew Dragon capsule already had been erected at Launch Complex 39.