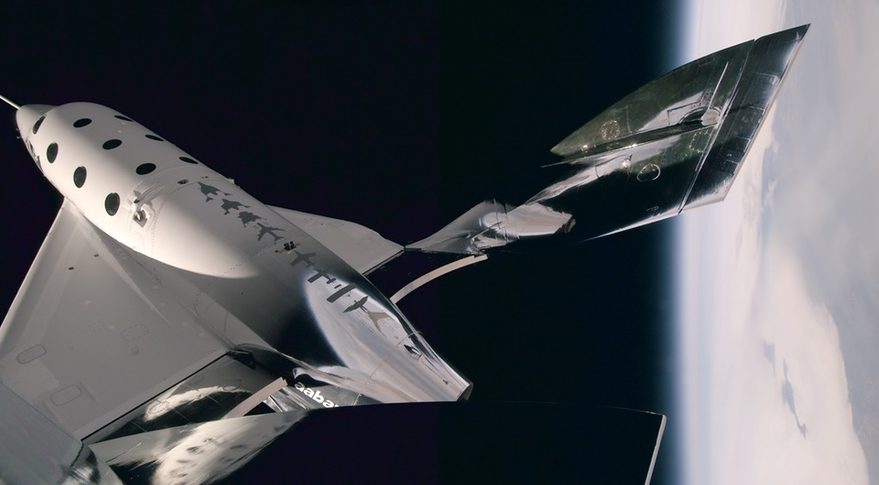 “We are aiming for a flight to take advantage of the full propellant load of the ship,” Mike Moses, Virgin Galactic president, told reporters during a Feb. 19 briefing here. If all goes as planned, VSS Unity will travel higher than it did during the previous test flight Dec. 13 when it reached peak altitude of 82.7 kilometers, garnering astronaut wings for its pilots.

George Whitesides, Virgin Galactic chief executive, cautioned, however, that pilots or mission controllers will be carefully watching the spaceship’s performance and “fully empowered to call an abort” if they “see something they don’t like.”

Virgin Galactic is not revealing how many test flights it plans to conduct before beginning commercial operations. Instead, the company is focused on meeting requirements.

“We set the things we need to see happen,” Moses said. “We will fly until we see those things happen … We have an estimate based on how many more tests we need to achieve these things. But it depends on the data. We fly until we are happy with the result.”

During the Feb. 20 test flight, for example, Virgin Galactic plans to intentionally offset the spaceship’s center of gravity.

“We’ve explored how the ship flies with the center of gravity moving backwards and forwards, now we are going to start to move it left and right,” Moses said. “Up until now we’ve been keeping it pretty much in the middle. For operations we need to have a little bit of wiggle room to load out the ship a little differently.”

David Mackay, Virgin Galactic chief pilot, and Mike “Sooch” Masucci, former U.S. Air Force lieutenant colonel and U2 test pilot, plan to fly VSS Unity once its released from the WhiteKnightTwo carrier aircraft. The pilots anticipate “a fantastic view at apogee” and “several minutes of weightlessness to enjoy before we come back down,” Mackay said in a Feb. 19 video news release.

During the flight, Virgin Galactic also plans to scrutinize the spacecraft’s “feather” configuration, where it folds its twin tail booms for atmospheric reentry.