Showing posts from May, 2019
Show all

NASA has been awarded a sum of $125 million to develop nuclear thermal propulsion systems for its future spacecraft. First reported by Space.com, the award was given as part of a total $22.3 billion of funding for NASA in commerce, justice, and science (CJS) appropriations bill approved by the House Appropriations Committee this month.

“The bill’s investment in nuclear thermal propulsion is critical as NASA works towards the design of a flight demonstration by 2024,” said Robert Aderholt, the U.S. Representative for Alabama’s fourth congressional district, during the subcommittee’s markup of the bill earlier in May.

“The bill’s investment in nuclear thermal propulsion is critical as NASA works towards the design of a flight demonstration by 2024,” said Robert Aderholt, the U.S. Representative for Alabama’s fourth congressional district, during the subcommittee’s markup of the bill earlier in May.

No nuclear thermal rocket has ever flown, although NASA has explored the possibility as fa…
Post a Comment
Read more

President Trump and Japanese Prime Minister Shinzo Abe have agreed to “dramatically expand” human spaceflight cooperation.  Trump is in Japan on a four-day visit.  He made the announcement at a joint press conference with Abe today.


Japan is already a partner in the International Space Station (ISS) and the two countries have been discussing cooperation in future human space exploration for many years.   This is the first statement since the White House decided to accelerate NASA’s plan to return astronauts to the lunar surface by 2024, however.

Japan and other countries have been making plans to participate in the Gateway that will orbit the Moon and serve as a transfer point between the Earth and the lunar surface and, eventually, the Earth and Mars.  There has been concern that the new plan, focused on Americans on the lunar surface, would leave international partners with a less prominent role.  The announcement today shores up the international component. 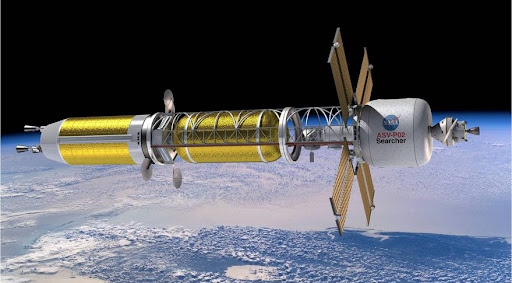 This NASA Experiment Shows Promise for Farm-Fresh Foods in Space

On long space voyages, food variety will be key.

A new NASA experiment called Veg-PONDS 02, which astronauts just ran on the International Space Station, offers a chance to attain that variety. While the experiment used a food already grown in space — romaine lettuce — future crops could include tomatoes or other plants, NASA officials said in a statement.

Past food experiments on the International Space Station used seed bags (also called pillows) that receive water from syringes, which astronauts push into the bags. While this water is enough for lettuce to grow, tomatoes and similar crops use more water. So NASA initiated a 21-day test, which ended May 16 — one that may eventually give space station astronauts more fresh food to eat.

The Global Race to Return to the Moon

And this time, to stay.
Invigorated by a renewed fascination with space exploration, as well as the emergence of billionaire-backed private spaceflight companies, humans are once again shooting for the moon.
Cutting-edge crew capsules, powerful rockets and the world’s first moon-orbiting space station could launch a new push to explore — and eventually inhabit — the lunar surface. So buckle up: The next decade is sure to be a wild ride.

Orion capsule: Astronauts need a reliable vehicle to commute from Earth to the upcoming lunar Gateway space station. That’s where the Orion crew capsule comes in. Developed by Lockheed Martin, NASA and the European Space Agency, the spacecraft could ferry up to six astronauts to lunar orbit by the early 2020s.

Chang’e: China’s Chang’e 4 mission made the first landing on the moon’s far side in January. Future missions will collect and return lunar samples, explore the poles for resources that could be mined and prep for a Chinese crew of “taikonauts” some…
Post a Comment
Read more 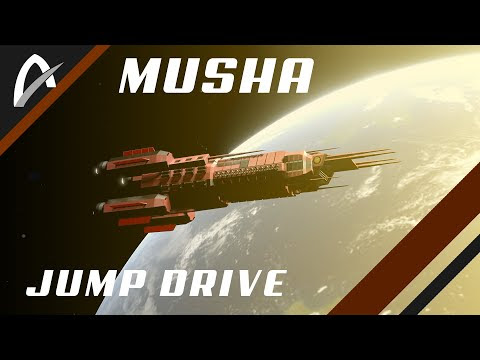 Last year, NASA conducted a successful test of a new nuclear power generator called Kilopower under a program called Kilowatt Using Stirling Technology or KRUSTY for short. The generator ran a series of tests between November 2017 and March 2018, ending in a full-power trial that proved its effectiveness and safety. Since then the space agency has been examining a flight test of the technology.

One of the limiting factors for any space mission has been the amount of electric power a spacecraft can generate. Solar panels are most often used because they are relatively cheap, and sunlight is plentiful in the inner solar system. A type of nuclear battery called the radioisotope thermoelectric generator is the preferred power source for the outer solar system, i.e. Jupiter and beyond, where the sun’s light is dim.

Both solar panels and RTGs can only generate so much power. Furthermore, plutonium-238, the fuel used by RTGs, is in short supply. Its production is an expensive and time-consu…
Post a Comment
Read more

The lander uses liquid hydrogen and liquid oxygen propellants, rather than storable hypergolics. “It’s very high performance,” he said of the choice of propellants. “Ultimately, we’re going to be able to…
Post a Comment
Read more
More posts