Showing posts from June, 2019
Show all

Earth To Mars In 100 Days? The Power Of Nuclear Rockets 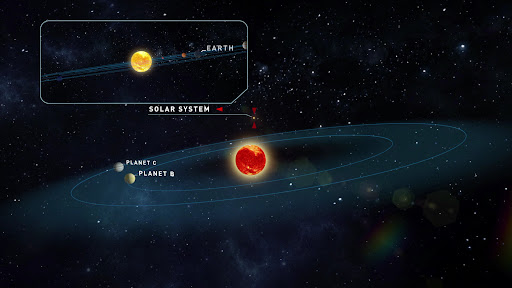 An international team led by the University of Göttingen (Germany) with participation by researchers from the Instituto de Astrofísica de Canarias (IAC) have discovered, using the CARMENES high-resolution spectrograph at the Calar Alto Observatory (Almería) two new planets like the Earth around one of the closest stars within our galactic neighbourhood. The Teegarden star is only 12.5 light years away. It is a red dwarf in the direction of the constellation of Aries. Its surface temperature is 2,700 degrees C, and its mass is only one-tenth that of the sun. Even though it is so near, its faintness impeded its discovery until 2003. "We have been observing this star for three years to look for periodic variations in its velocity, explains Mathias Zechmeister, a researcher at the University of Göttingen, the first author of the paper. The observations showed that two planets are orbiting it, both of them similar to the planets in the inner part of the Solar System. They are jus
Post a Comment
Read more 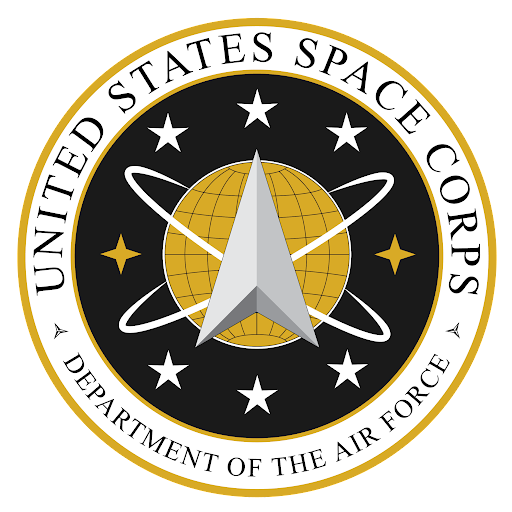 HASC creates a United States Space Corps led by a four-star commandant. WASHINGTON — The House Armed Services Committee voted to establish a United States Space Corps within the Department of the Air Force. The vote came in the overnight hours Thursday. The committee began its markup of the 2020 National Defense Authorization Act Wednesday morning. After a nearly 21-hour session, the committee passed the NDAA 33-24. The Space Corps amendment was offered by the HASC Strategic Forces subcommittee leaders Chairman Jim Cooper (D-Tenn.) and Ranking Member Mike Rogers (R-Ala.). The proposal is similar to what the committee proposed in the 2018 NDAA, including the name of the new space service, U.S. Space Corps, rather than the Trump administration’s preferred name, U.S. Space Force. Like the Marine Corps, the Space Corps would be led by a four-star Commandant who would be a member of the Joint Chiefs of Staff. The HASC amendment will have to be reconciled with the language in the
Post a Comment
Read more

India plans to have its own space station, and modalities for it will be worked out after the first manned mission, Gaganyaan, scheduled for August 2022, K. Sivan, Chairman of the Indian Space Research Organisation (ISRO), said on Thursday. “We want to have a separate space station. We will launch a small module for microgravity experiments... that is our ambition,” he said, addressing the media. A detailed report would be submitted to the government after the Gaganyaan mission. Dr. Sivan said the proposed space station is envisaged to weigh 20 tonnes and serve as a facility where astronauts can stay for 15-20 days, and it would be placed in an orbit 400 km above earth. The time frame for launch is 5-7 years after Gaganyaan, he added. The ISRO would also join the international space community for a manned mission to moon and beyond, Dr. Sivan said. Gaganyaan on track Speaking on the progress of Gaganyaan, Jitendra Singh, Minster of State in the Prime Minister’s Office, said
Post a Comment
Read more 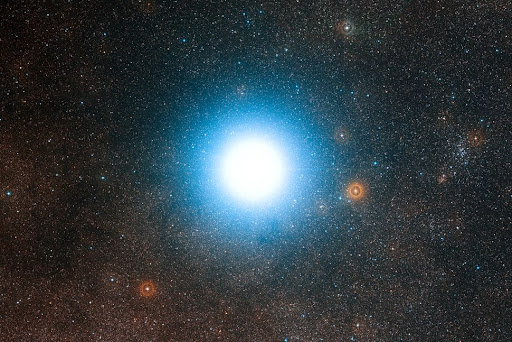 The NEAR instrument has been hunting for planets in the Alpha Centauri system. The hunt for nearby exoplanets has just heated up considerably. A new instrument designed to find potentially habitable alien worlds in Alpha Centauri, the nearest star system to our own sun, began operations on May 23, project team members announced today (June 10). The instrument, called NEAR (Near Earths in the Alpha Cen Region), is a thermal coronagraph installed on the European Southern Observatory's (ESO) Very Large Telescope (VLT) in Chile. Coronagraphs block the superbright light of stars, potentially allowing dim orbiting planets to be seen. Since NEAR is a thermal coronagraph, team members are looking for heat radiated by worlds in the Alpha Centauri system rather than visible-range starlight reflected off their surfaces. Alpha Centauri is a three-star system that lies about 4.37 light-years from the sun. Two of the three stars are sunlike neighbors that together form a binary sys
Post a Comment
Read more
More posts