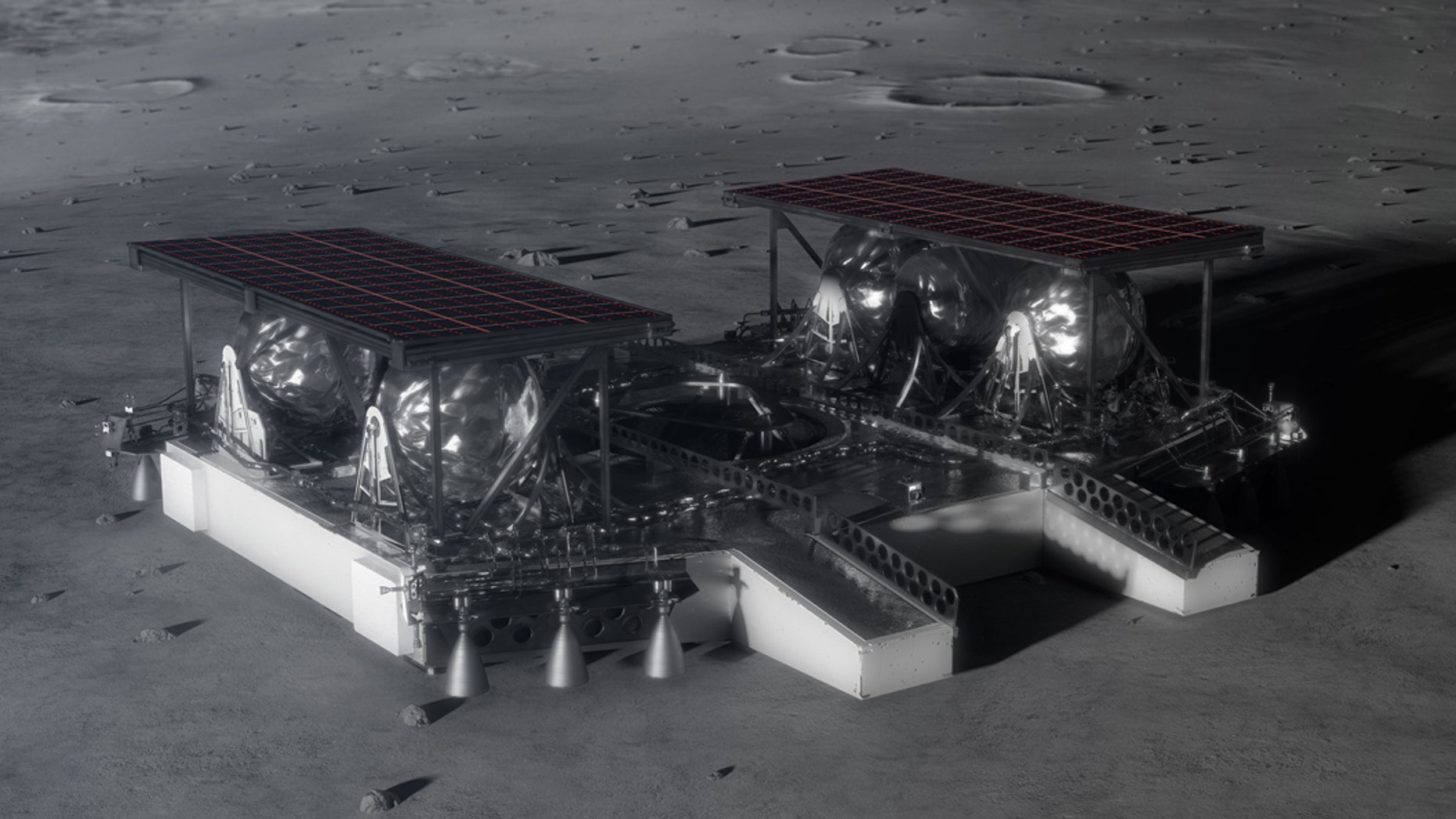 As NASA gets ready to return to the Moon in 2024, the space agency is working on new designs for a lunar lander, including a futuristic design it shared on Monday.

NASA showed off concept art of a lander that will use "top-tier technology" in order to not only land on Earth's celestial satellite, but collect data from it as well. One recent study showed that a "mid-sized" lander would have a rover go to the polar regions of the Moon, NASA said in a release on its website.

“This lander was designed with simplicity in mind to deliver a 300 kilogram rover to a lunar pole," said Logan Kennedy, the project's lead systems engineer, in the release. "We used single string systems, minimal mechanisms and existing technology to reduce complexity, though advancements in precision landing were planned to avoid hazards and to benefit rover operations. We keep the rover alive through transit and landing so it can go do its job.”

According to a technical paper on the lander, multiple NASA field centers contributed to the effort.

“As robotic lunar landers grow to accommodate larger payloads, simple but high-performing landers with a contiguous payload volume will be needed,” Kennedy added. “This concept was developed by a diverse team of people over many years and meets that need. We hope that other lander designers can benefit from our work."

The lunar concept is the latest in a line of design ideas as NASA seeks input from public and private partners as it makes headway for its upcoming Artemis Moon program, the successor to the Apollo program.

Earlier this month, Boeing showed off its crewed Moon lander idea, one it says will require the "fewest steps to the Moon." The design will deliver the lander’s Ascent Element and Descent Element to lunar orbit in one rocket, Boeing said.

In July, NASA revealed details of its vision for the Artemis Moon Lander that will return U.S. astronauts to the lunar surface by 2024. Separately that month, the space agency posted a notice to the Federal Business Opportunities website that it was seeking “proposals from industry for the development of integrated human lunar landers and execution of crewed flight demonstrations to the lunar surface by 2024.”

The Artemis program aims to land American astronauts on the Moon by 2024 and establish a sustainable human presence on Earth’s natural satellite. Artemis will also make history by landing the first woman on the Moon.