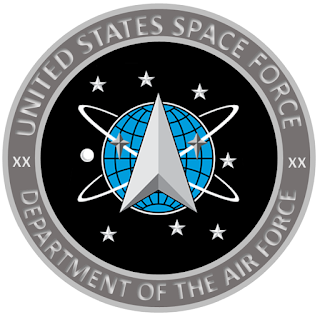 WASHINGTON - The U.S. Senate voted overwhelmingly on Tuesday to pass a $738 billion defense policy bill that creates President Donald Trump’s “Space Force” and gives federal employees 12 weeks of paid parental leave, sending it to the White House, where Trump has promised to quickly sign it into law.

The Republican-controlled Senate voted 86 to 8 in favor of the National Defense Authorization Act, or NDAA. The Democratic-led House approved the bill by 377-48 last week.

Trump said on Twitter last week that he would sign the bill as soon as it passes, saying it included all his priorities.

As one of the few pieces of major legislation Congress passes every year, the NDAA becomes a vehicle for a range of policy measures as well as setting everything from military pay levels to which ships or aircraft will be modernized, purchased or discontinued.

This year’s legislation included a 3.1% pay increase for the troops; the first ever paid family leave for all federal workers, and the creation of a Space Force, the first new branch of the U.S. military in more than 60 years and a top military priority for Trump.

The Democratic-led House and Republican-led Senate each voted for a version of the NDAA earlier this year. Then lawmakers negotiated for months with representatives from the White House to reach the compromise that just passed.

A few left-leaning Democrats and libertarian-leaning Republicans voted against the NDAA because it did not include policy planks that would have restrained Trump’s war powers, including banning support for Saudi Arabia’s air campaign in Yemen.

Some also objected to the increase in military spending, as the national debt is skyrocketing.

“Conservatism is about more than supporting military spending at any cost,” Republican Senator Rand Paul said.

The NDAA also does not bar the Republican president from using military funds to build a wall on the U.S. border with Mexico.

Those provisions were included in the House’s version of the NDAA, but not in the Senate’s. They were removed during the negotiations.

Democratic leaders said they had extracted some concessions from Republicans, the 12 weeks of paid family leave for federal workers.

The fiscal 2020 NDAA increases defense spending by about $20 billion, or about 2.8%. It includes $658.4 billion for Department of Defense and Department of Energy national security programs, $71.5 billion to pay for ongoing foreign wars and $5.3 billion in emergency funding for repairs from natural disasters.