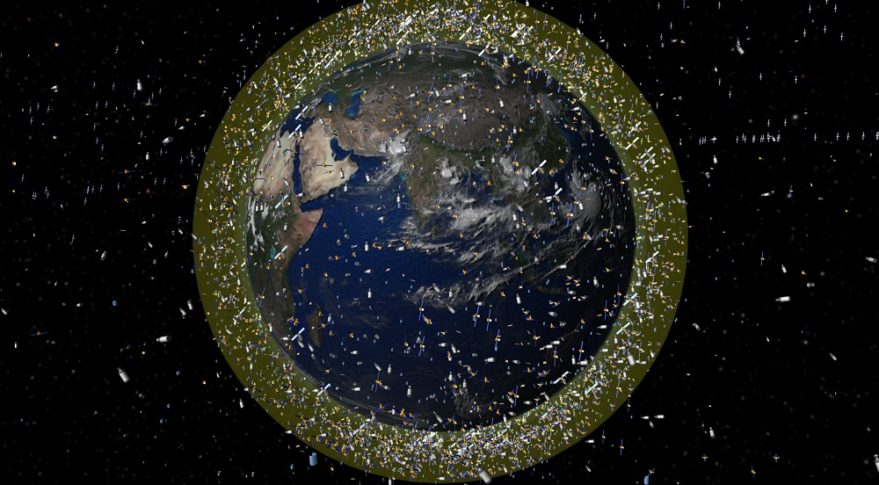 WASHINGTON — The Commerce Department is once again requesting a large budget increase for its Office of Space Commerce in order to work on space traffic management activities after Congress rejected a similar request last year.

Parts of the department’s fiscal year 2021 budget proposal were not released with the rest of the White House’s budget request Feb. 10. However, the section for “Departmental Management,” which covers the Office of Space Commerce, was released by Feb. 14.

That proposal, like the one for fiscal year 2020, seeks to combine the Office of Space Commerce with the Commercial Remote Sensing Regulatory Affairs (CRSRA) office, and moved the combined office from NOAA, where both offices currently reside, to directly under the Secretary of Commerce.

The Commerce Department is seeking $15 million for the combined office in 2021, up from the 2020 request of $10 million. Congress, however, rejected both the proposed spending and the request to combine the offices, giving CRSRA $1.8 million and the Office of Space Commerce $2.3 million.

“This request provides the Office of Space Commerce (OSC) with the ability to respond to current and future National Space Policy Directives,” the budget document states, specifically identifying both work on space traffic management as well as “new directives to streamline regulations and promote commercial use of space.”

The funding will go towards hiring 13 people for the office, roughly doubling its size. It will also support work on “technical prototypes that will advance industry engagement and support a critical informational platform for space situational awareness.” Other priorities mentioned in the budget document include establishing an “open architecture data repository” for space situational awareness data and partnerships with industry on how to develop warnings “to limit the potential impacts to space operations.”

In Feb. 12 testimony before the Senate Commerce Committee on “space missions of global importance,” Kevin O’Connell, director of the Office of Space Commerce, also mentioned that $15 million budget request for 2021. “The bulk of our resource request in 2021 is for the space situational awareness mission,” he said.

He emphasized the importance of creating that open architecture data repository that combines data from the Defense Department with commercial sources for use in space traffic management as well as big data research on how to most effectively analyze the data. That, in turn, requires more staff for his office, he said. “In order to achieve this, we must have the right mix of mission-critical staff.”

That funding was welcomed by another witness at the hearing. “I’ve been looking at this for quite some time, and I would say that, if we had something on the order of $15 million a year to bring not just the University of Texas but other research institutions to work as a consortium towards this, I think you’d start seeing very quick results,” said Moriba Jah, a professor at the University of Texas Austin who specializes in space traffic management research.

Jah said a lack of funding for space situational awareness research has been an obstacle to him and others in field, noting that he’s had to turn away prospective students who want to work on the topic because he didn’t have funding. “Everybody thinks it’s a good idea, but who’s going to go first?” he said. “By and large, there’s been no dedicated funding to actually make this happen, so it’s all a best-efforts basis, a stone soup model.”

“I feel that if there’s some dedicated resources to making this happen, you’re going to find no shortage of people, not just in the United States but abroad, who would be willing to contribute to this,” he said.