April 30, 2020
There was no guarantee that everything would work out. 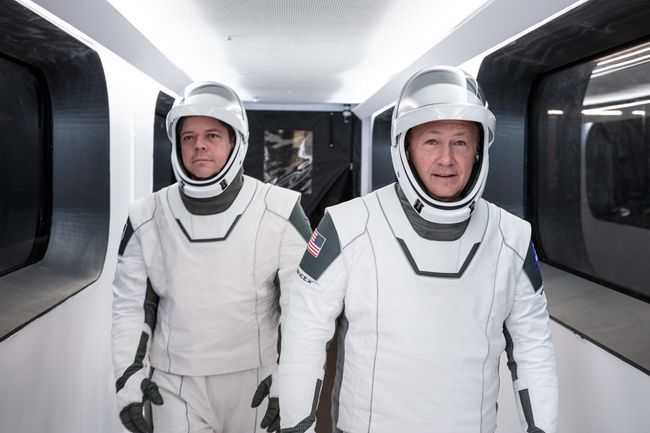 Like most historic achievements, this one will be hard-won.

SpaceX is scheduled to launch its first crewed flight on May 27, sending NASA astronauts Bob Behnken and Doug Hurley to the International Space Station (ISS) aboard the company's Crew Dragon capsule.

The mission, known as Demo-2, will mark the return of orbital human spaceflight to American soil for the first time since July 2011, when NASA retired its space shuttle fleet after 30 years of service. The plan was to have private vehicles such as Crew Dragon fill the shuttle's shoes, but it was far from clear that everything would work out, said former NASA astronaut Garrett Reisman.

"It was an uphill battle," said Reisman, a professor of astronautics practice at the University of Southern California who spent three months aboard the ISS in 2008 and also flew on a shuttle mission in 2010.

"If I'd had to bet" back then, he told Space.com, "I probably would have bet against it."

Reisman was in the trenches for this uphill battle. He joined SpaceX after leaving NASA, working for Elon Musk's company from 2011 to 2018 and serving as director of crew operations during the latter part of that run. He remains a consultant for SpaceX (but stressed that his views are his own; he does not speak for the company).

The transition to the post-shuttle era began in 2010, when NASA's Commercial Crew Program awarded its first contracts to private companies. (SpaceX didn't get a contract in that first round but did snag money the next year, and in the major rounds that followed.) This type of public-private partnership represented a new approach to human spaceflight for the nation, and not everyone was on board with it.

"There were a lot of skeptics back in the day, and a lot of uncertainty about whether or not this model was a good idea even," Reisman said. "You had government, industry and NASA administration all, at various different times, looking like they were going to shut this down."

For example, Congress repeatedly granted far less money for commercial crew than had been allocated in federal budget requests. NASA officials have identified these budget shortfalls as a major cause of delays for the program, which originally envisioned its first crewed flight in 2015.

It was also difficult to get everybody on the same page, at least initially. A significant cultural gap existed between NASA and the private sector, which tended to approach problems in different ways, Reisman said.

"Frankly, there was a lot of mutual distrust and suspicion," he said. "And difficulty bridging that gap, I think, was the most challenging thing."

But the gap was bridged, in what appears to be a lasting fashion, Reisman said. Much of the credit for that success, and the overall progress that commercial crew has made to date, goes to NASA's commercial cargo program, he added.

That program, which was announced in 2006, helped get two private robotic resupply craft up and running. SpaceX's cargo Dragon and Northrop Grumman's Cygnus freighter first visited the ISS in 2010 and 2013, respectively, and both vehicles routinely resupply the orbiting lab today.

Commercial cargo "really paved the way," Reisman said. "I think if that program was not successful, we wouldn't be here getting ready to put Bob and Doug into space on a SpaceX rocket."

And that success has snowballed. SpaceX isn't the only company prepping to fly NASA astronauts; Boeing holds a similar commercial crew deal, which the aerospace giant will fulfill using its CST-100 Starliner capsule.

And there's much more going on in the world of private human spaceflight. For example, both Virgin Galactic and Jeff Bezos' company Blue Origin have flown multiple test missions with their suborbital crew-carrying vehicles; both could begin flying paying customers soon.

Blue Origin also has plans to launch people to orbit or beyond, and Colorado-based company Sierra Nevada has crewed ambitions for its Dream Chaser space plane. And we could soon have commercial space stations operating in Earth orbit, run by companies such as Axiom Space.

"The time is right for private companies to take a more active role in human spaceflight," Reisman said. "It's really been a team effort."