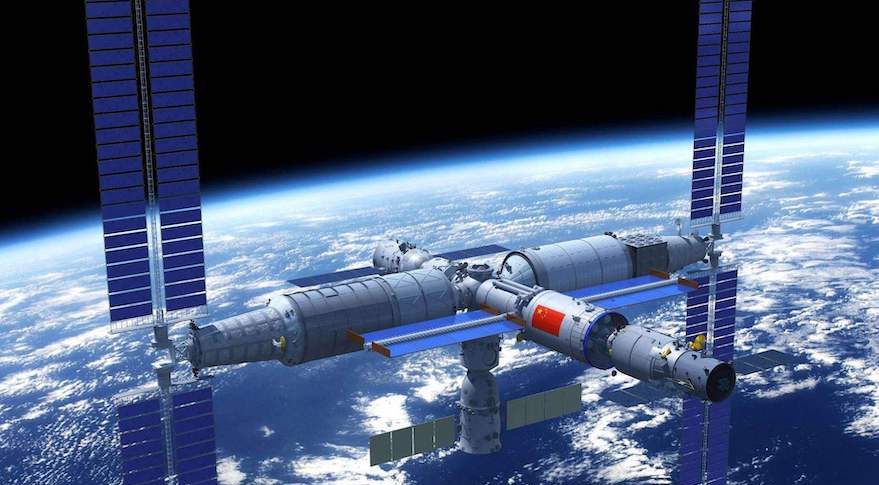 HELSINKI — China’s human spaceflight agency has selected a group of 18 new astronauts to participate in the country’s upcoming space station project.
The China Manned Space Agency (CMSA) announced the results Thursday (Chinese), a few days after the final decisions.
The 18 new Chinese astronauts consist of seven pilots, seven spaceflight engineers and four payload specialists. The final selection includes just one woman. The process, which included primary, secondary and final selections, began in May 2018 with a total of about 2,500 candidates participating.
No information of the identities of the selected astronaut candidates was provided. The CMSA operates under the People’s Liberation Army (PLA) and has previously restricted information flow regarding astronaut and mission selection.
Previous selection rounds in 1998 and 2010 were open to air force pilots only. The latest selection was opened to civilians, reflecting changing needs as China seeks to construct and operate a modular space station.
Spaceflight engineers will be mainly responsible for directly controlling and managing the spacecraft and related technical tests. Payloads experts are mainly responsible for the on-orbit conducting diverse science experiments in low Earth orbit.
Areas of science research aboard the space station will include Earth observation, astronomy, life science, space medicine, materials science, microgravity physics, Earth weather monitoring, space environment monitoring and forecasting and more.
The New Chinese astronauts will be eligible to join the operational phase of the Chinese space station following systematic training, CMSA states. The current active astronauts from the two earlier rounds have been undergoing neutral buoyancy training in preparation for space station missions and extra vehicular activity.
Astronaut trainer Huang Weifen is understood to have led the selection process for the new Chinese astronauts, according to a social media post. Neither she nor CMSA provided details as to the selection criteria.
The selection of subsequent batches of astronauts will be carried out in due course, according to CMSA.

Launch of the space station’s ‘Tianhe’ core module on a Long March 5B will take place at Wenchang in the first half of 2021. Tianhe will provide the main living quarters for astronauts.
This will be followed by a crewed Shenzhou flight launched by a Long March 2F from Jiuquan. A Tianzhou fuel and supply mission will also visit Tianhe. The first of two experiment modules will then launch, joining with Tianhe via a docking hub. Construction is to be completed around 2023, according to earlier statements.
The space station will orbit at an altitude of around 380 kilometers with an inclination of between 41 and 43 degrees.
The intensive launch plan was revealed following the successful test flight of the Long March 5B heavy-lift rocket May 5. The missions will be conducted using Long March 5B, Long March 2F and Long March 7 launch vehicles.
The 2016 Shenzhou-11 mission was China’s most recent and longest-duration crewed mission. Astronauts Jing Haipeng and Chen Dong spent most of the 33-day mission aboard Tiangong-2.
Missions to the Chinese space station during the operational phase are expected to involve three astronauts and consist of six-month-long rotations.
A co-orbiting two-metre-aperture space telescope will also be launched following completion of the basic station configuration. The ‘Xuntian’ optical module will be able to dock with the space station for maintenance and repairs.
Space station construction will mark a new, relatively intense period of human spaceflight activity for the country.
China has carried out just five crewed missions since Yang Liwei became China’s first astronaut into orbit in 2003. Liu Yang became China’s first female astronaut with a 2012 visit to Tiangong-1, an 8-metric-ton testbed for larger, 20-ton space station modules.
Source: https://spacenews.com/china-selects-18-new-astronauts-ahead-of-space-station-construction/