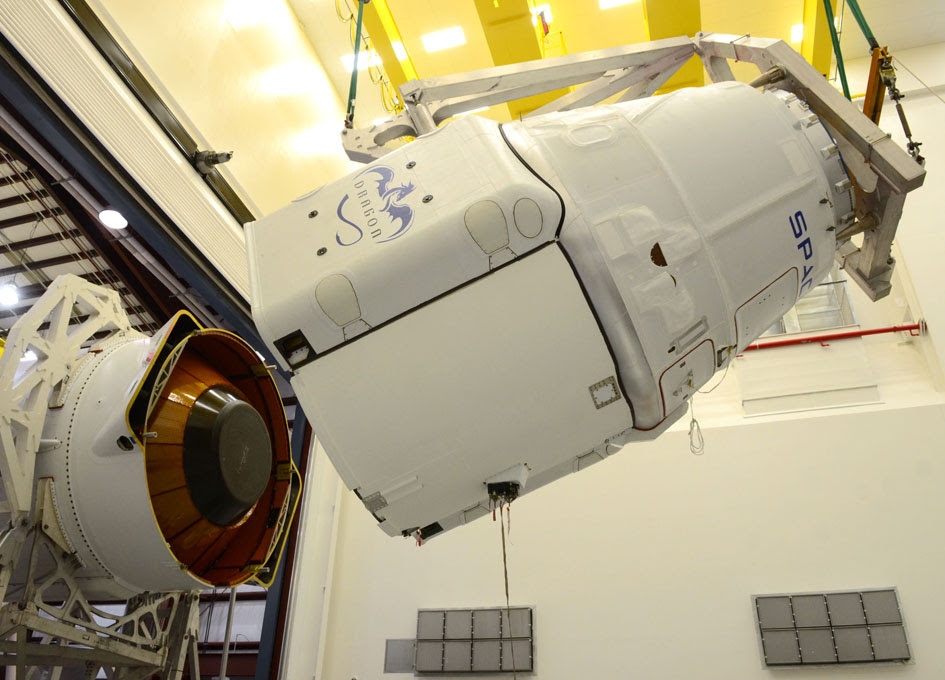 True to his word, SpaceX CEO Elon Musk will unveil Dragon V2 this Thursday, May 29th at SpaceX HQ to invited guests. SpaceX is calling the Dragon V2 "a next generation spacecraft designed to carry astronauts into space." It was April 29th that Musk tweeted that the "cover drops on May 29. Actual flight design hardware of crew Dragon, not a mockup."

He also tweeted this shortly before the date announcement; "Sounds like this might be a good time to unveil the new Dragon Mk 2 spaceship that @SpaceX has been working on w @NASA. No trampoline needed."

The "No trampoline needed" reference is to a tweet earlier in the day by Dmitry Rogozin, Deputy Prime Minister of Russia, who said "After analysing the sanctions against our space industry I suggest the US delivers its astronauts to the ISS with a trampoline...

Showmanship aside, the unveiling of Dragon V2, which was hastily organized to meet the May 29th date, is an important achievement for SpaceX and for U.S. commercial crew transportation capability.

Should SpaceX be selected for the next round, phase 2, of funding for the Commercial Crew Transportation Capability (CCtCap), then they and the U.S. would be that much closer to providing U.S. manned access to the International Space Station as soon as 2017.

Boeing, a competitor to SpaceX in NASA"s ongoing Commercial Crew Program, is set to show media its crewed capsule, the CST-100 and the refurbished Commercial Crew Processing Facility at Kennedy Space Center on June 9th. The CST-100 capsule though will be a mock-up and part of what Boeing is calling a "CST-100 Mock-up Experience" for the media.

The SpaceX event will also be webcast LIVE on SpaceRef.