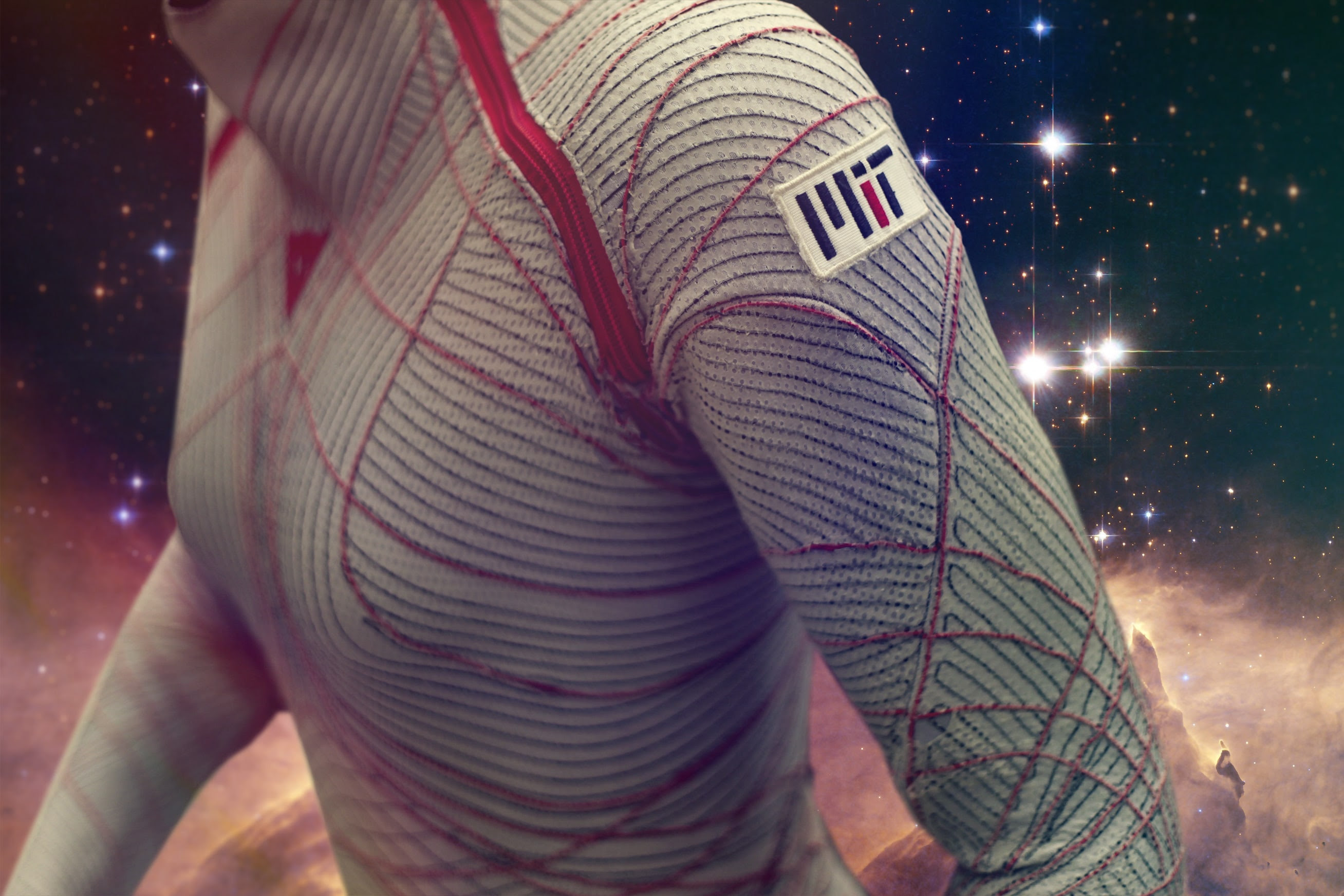 What if astronauts squeezed into lightweight, stretchy suits before venturing into space? MIT researchers are proposing just that.

The theoretical suits would be made from coils that spring back to a "remembered" shape when heated -- so they could stretch out enough for astronauts to slip them on, but then contract into a suit tight enough to keep them alive in space.

“With conventional spacesuits, you’re essentially in a balloon of gas that’s providing you with the necessary one-third of an atmosphere [of pressure,] to keep you alive in the vacuum of space,” Dava Newman, a professor of astronautics at MIT and head of the suit's design team, said in a statement. “We want to achieve that same pressurization, but through mechanical counterpressure — applying the pressure directly to the skin, thus avoiding the gas pressure altogether."

For now, the suit is just a cuff -- a tourniquet that hangs loose, but tightens around the arm when exposed to a certain temperature. But tests show that the pressure it tightens to is equal to what a spacesuit would need to maintain.

The big advantage is increased mobility, which will be important in future space missions. Just imagine trying to explore the surface of Mars in a cumbersome, gas-filled suit.

But keeping this new material pressurized indefinitely might be tricky. The easiest way would be keeping the suit at a high heat for as long as an astronaut wore it -- but that would mean carrying around a power supply to keep it warm, and would overheat the space explorer in no time at all. Newman and her team are investigating other possibilities.

For now, their proof-of-concept tourniquet has more immediate applications on Earth. It could be used for emergency triage, the researchers suggest, providing instant, hands-free pressure on serious wounds.