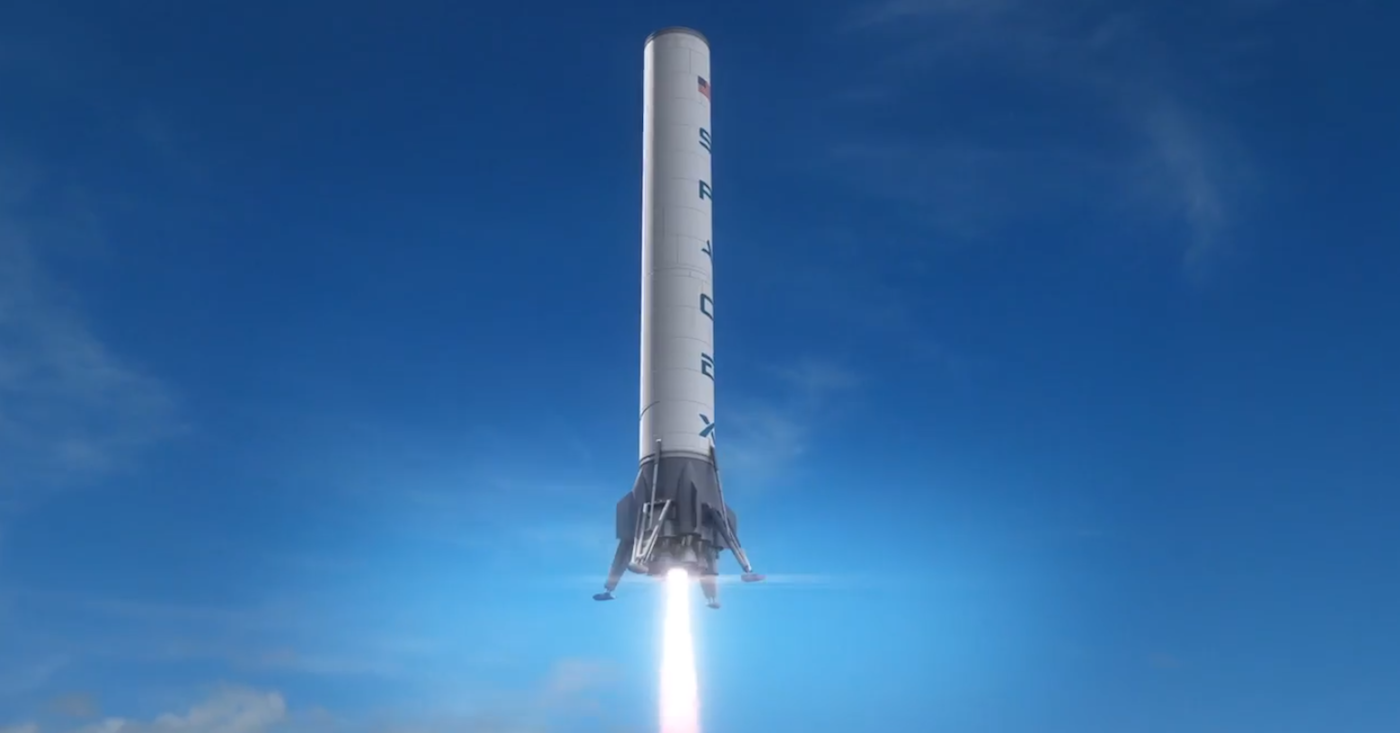 SpaceX’s Falcon 9 booster accomplished a delicate maneuver after a glowing predawn launch from Cape Canaveral on Saturday, turning around at hypersonic speeds and autonomously navigating its away to a modified barge the size of a football field hidden in darkness beneath a blanket of low clouds, before it crashed — and presumably broke up — on the ship.

SpaceX officials described the landing attempt as purely experimental, but it marked a key step in the company’s long-running effort to make a rocket that can be reused cheaply. All existing launchers drop their spent rocket parts back to Earth and are written off after each flight.

Such a breakthrough could dramatically reduce the cost of spaceflight, SpaceX says.

The pencil-shaped Falcon 9 rocket stage slowed down from a top speed of nearly 3,000 mph at the edge of space and descended toward SpaceX’s autonomous spaceport drone ship — a specially-outfitted cargo barge — in the Atlantic Ocean about 200 miles northeast of Cape Canaveral.

Before Saturday’s launch, SpaceX likened the maneuver to “trying to balance a rubber broomstick on your hand in the middle of a wind storm.”

As the Falcon 9’s upper stage propelled a cargo-laden Dragon supply ship into orbit heading for the International Space Station, the 14-story booster had to fire a subset of its nine Merlin 1D engines three times, first to put it on course for the drone ship.

A second burn was supposed to slow down the booster for re-entry back into the atmosphere. The third and final engine firing was designed as a braking burn for a controlled vertical touchdown on four landing legs that were to deploy on final approach to the vessel.

Elon Musk, SpaceX’s founder and chief executive, said on Twitter that the Falcon 9 booster made it to the drone ship but had a hard landing. A later tweet implied the rocket broke apart on impact.

At least the first two of the descent burns had to go nearly perfectly for the first stage to reach the drone ship. SpaceX officials did not release any more details or imagery of the landing.

“Close, but no cigar this time,” Musk tweeted, adding the achievement “bodes well for the future.”

“This is an experiment,” said Hans Koenigsmann, SpaceX’s vice president of mission assurance, in a press conference before Saturday’s launch. “There is a certain likelihood that this will not work outright — that something will go wrong. It’s the first time we’ve tried this. Nobody has ever tried this to our knowledge.”

Musk put the probability of a successful landing on Saturday’s launch at about 50 percent.

In the long run, Musk says reusing rockets is vital to expanding access to space. He likes SpaceX’s chances of achieving an intact landing of a rocket within the next year.

“There are at least a dozen launches that will occur over the next 12 months, and I think it’s quite likely — probably 80 to 90 percent likely — that one of those flights we’ll be able to land and refly,” Musk said in October. “So I think we’re quite close.”

After attempts to recover Falcon rockets by parachute failed, SpaceX turned to a propulsive landing concept in which the booster’s first stage engines would refire several times in flight to guide the rocket to controlled touchdown.

“In the past, we pretended the ocean was a landing pad, basically, and landed soft on there,” Koenigsmann said. “Those landings were actually very successful. They worked really nice. Obviously, the ocean is not a platform, so the fundamental difference is the limited size of the autonomous spaceport drone ship.”

The ship is officially named the Marmac 300 and is registered under the ownership of Metairie, La.-based McDonough Marine Service. It carries ballast water tanks and repurposed underwater thrusters to hold position in the Atlantic Ocean, according to Musk.

McDonough Marine Service’s website says the Marmac 300 is 300 feet long and 100 feet wide — the size of a football field. Musk tweeted in November the Falcon 9 landing barge has extendable wings to expand the width to 170 feet.

“It’s very difficult to hit a platofrm of that size,” Koenigsmann said before Saturday’s launch. “When you look at it on the ground, I think it’s probably a very big platform, but if you look at (from space), then it looks like a very, very small place to land on.”

Koenigsmann said earlier this week he expected the primary challenge of the landing attempt was putting the booster in the right position for touchdown on the drone ship.

“In general, there’s not a lot of room to maneuver,” he said. “Everything has to be really working fine, and that’s why we’re really cautious.”

SpaceX hopes to eventually recover rocket boosters on land once the technology is proven at sea.

Judging from Musk’s tweets, the Falcon 9 booster was on target, but something else went wrong.

Musk said dark and foggy conditions prevented cameras aboard the rocket and the landing barge from recording good video of the impact, but there is plenty of other data to help determine what happened.

Musk tweeted the grid fins added to the rocket launched Saturday “worked extremely well from hypersonic velocity to subsonic, but ran out of hydraulic fluid right before landing.”

An upcoming flight will carry 50 percent more hydraulic fluid, Musk said. The mission “should have plenty of margin for landing attempt next month.”

He tweeted engineers “will piece it together from telemetry and … actual pieces.”