Showing posts from February, 2015
Show all

At the MAKS-2013 air show, cooperation between Russian firms Rosatom and Roscosmos provided an updated layout of transport and energy module (TEM) with a space nuclear power plant (NPPUs) megawatt-class (NC number 10, 2013, p. 4). This project was presented publicly exactly four years ago, in October 2009 (NFP number 12, 2009, p. 40). What has changed in that time? Recall that the purpose of the project – the creation of power propulsion base and on its basis the new space means high power for the implementation of the ambitious programs of study and exploration of outer space. These tools make it possible to implement expeditions into deep space, more than 20-fold increase in economic efficiency of space transportation and operations in more than 10-fold increase in electrical power on board a spacecraft. The basis NPPUs put a nuclear reactor with turbomachine converter high durability. Development of TEM conducted by order of the President of Russia on June 22, 2010 № 419-rp.
Post a Comment
Read more 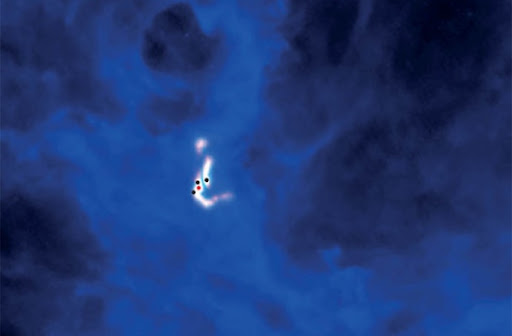 825 light-years away, in the constellation of Perseus, hides one protostar and three previously unseen gas concentrations that are undergoing gravitational collapse — basically embryos of soon-to-be baby stars. Found through the analysis of data from radio telescopes by astronomers at the Harvard-Smithsonian Center for Astrophysics (CfA), this tiny cluster of baby stars occupy a small volume only 10,000 AU across — meaning that they’d all easily fit within the confines of the boundaries of our solar system (yes, the Oort Cloud is the solar system’s outermost boundary). This is exciting for a couple of reasons. Firstly, this little ‘stellar womb’ has given astronomers an opportunity to study the genesis of a multi-star system. Indeed, most stars in our galaxy belong to multi-star systems, whether that be binary or greater, and astronomers are currently trying to figure out whether they were born this way or whether, over time, stars jostled around and eventually became gravitational
Post a Comment
Read more

February 24, 2015
WASHINGTON — Texas GOP Sen. Ted Cruz ran his first subcommittee hearing today as a surprisingly bipartisan lovefest on space exploration. It was also on time and by the book, two hours from start to finish. Cruz, named chairman of the Senate Commerce, Science and Transportation Committee’s subcommittee on space, science and competitiveness earlier this year as Republicans took the Senate majority, wasted no time promoting his enthusiasm for space exploration. “As chairman, my first priority for the space portion of the subcommittee is helping NASA refocus its priorities,” said Cruz in his opening remarks. “It is imperative that America has the ability to get to the International Space Station without the assistance of the Russians.” As Cruz spoke, the committee’s ranking Democrat, Sen. Bill Nelson of Florida, who was seated next to Cruz, smiled and nodded. Nelson then said, “Blossoms are breaking out all over Washington. What you just said – you and I completely agree on.” Ne
Post a Comment
Read more

Kerry Issues Climate Warning: 'There is No Planet B'

February 23, 2015
Secretary of State John Kerry continued to beat the drum on the dangers of climate change Friday, noting that "there is no Planet B." The secretary made the remarks at the swearing-in ceremony for Ambassador-at-Large for Religious Freedom David Saperstein. He drew a religious connection to the issue of climate change, saying that "when it comes to the fundamental health of Earth, folks, we’d better stick to the Creator’s original plan." Kerry said he and Saperstein had worked together on a number of issues in the past thirty years, including climate change: Together we got behind the CHIPS legislation for children’s health care. We pushed for the proposed Workplace Religious Freedom Act, which unfortunately never passed. We were partners in the struggle to help veterans who had been affected by Agent Orange. And we have been allies in trying to awaken the world to the dangers of climate change – and let me just say that when it comes to the fundamental health
Post a Comment
Read more 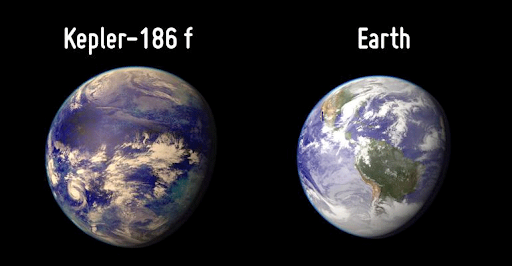 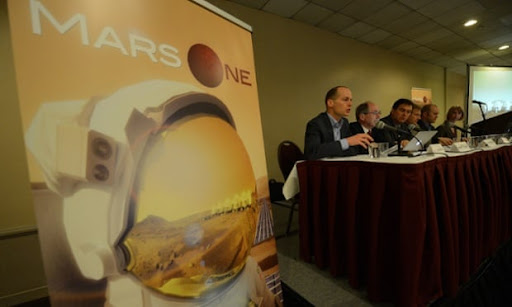 The launch date is still a decade away but preparations are underway for the first human expedition to Mars. Here we explain about the mission, Mars spacecrafts and selecting volunteers to establish a colony on the planet From more than 200,000 people who hoped to leave Earth and die on Mars, only 660 remain in the running. They now face a more stringent astronaut selection process. Those who make the final cut earn a seat on the Mars One mission, a one-way trip to the red planet. How will the astronauts be selected? The next round involves more filmed interviews and group challenges to see how well people work together. The final selection round will follow the candidates as they cope with living in harsh, remote mocked-up Mars habitats. At the end of the process, Mars One wants six groups of four astronauts to train for the mission. How will Mars One pay for the mission? The Dutch not-for-profit organisation is raising money any way it can. That means broadcasting rights,
Post a Comment
Read more

A group of researchers from Australia and Denmark led by Dr Charley Lineweaver of the Australian National University has calculated that there are hundreds of billions of Earth-like planets in the Milky Way Galaxy, by applying a 200-year-old idea to the thousands of exoplanets discovered by NASA’s Kepler Space Telescope. Dr Lineweaver and his colleagues, Timothy Bovaird from the Australian National University and Dr Steffen Jacobsen from the University of Copenhagen, found the standard star has about two planets in the so-called Goldilocks zone. “The ingredients for life are plentiful, and we now know that habitable environments are plentiful,” said Dr Lineweaver, who is a co-author on the paper submitted for publication in the Monthly Notices of the Royal Astronomical Society. “However, the Universe is not teeming with aliens with human-like intelligence that can build radio telescopes and space ships.” “Otherwise we would have seen or heard from them,” he added. “It coul
Post a Comment
Read more

Washington: A recent space research has revealed possibility of hundreds of billions of Earth-like planets, which may support life. The new research, led by PhD student Tim Bovaird and Associate Professor Charley Lineweaver from The Australian National University calculated this by applying a 200 year old idea to the thousands of exo-planets discovered by the Kepler space telescope. They found the standard star has about two planets in the so-called goldilocks zone, the distance from the star where liquid water, crucial for life, can exist. The Kepler space telescope is biased towards seeing planets very close to their stars, that are too hot for liquid water, but the team extrapolated from Kepler's results using the theory that was used to predict the existence of Uranus. Source: http://zeenews.india.com/news/sci-tech/space-research-reveals-possibility-of-more-earth-like-planets-supporting-life_1541683.html
Post a Comment
Read more

What Would It Be Like to Live on Venus?

NEXT YEAR, NASA COULD GET AN EXTRA $500 MILLION AND A MISSION TO EUROPA

FINALLY! President Obama wants to give NASA’s missions a big boost. Monday afternoon, NASA Administrator Charles Bolden updated the nation on the state of its space agency, noting that the Obama administration is proposing an $18.5 billion budget for NASA for the 2016 fiscal year. That’s about $500 million more than the agency received for 2015. The funds are aimed at covering the costs of NASA’s ongoing, manned deep-space exploration projects, such as sending astronauts to Mars. But money is also being set aside for some new, extremely exciting ventures. The project we're most excited about is a trip to Jupiter’s moon, Europa; it's a big candidate for finding potential life elsewhere in our solar system, and now that the White House has approved the mission, it can finally get started. Of course, much of the money is focused on getting to our red neighbor first. About $8.51 billion of the proposed budget is allocated to human exploration, and a large chunk of that--$2.
Post a Comment
Read more

Imagine a time when humans, having spent decades exploring the solar system through landings on Venus and Mars; passages by the largest asteroids; close-up surveys of Jupiter and its giant moons; repeated loops through Saturn's system of rings and satellites; detailed photography of Uranus, Neptune and Pluto; and even landing on a comet, finally create a coherent plan to travel through interstellar space to reach the nearest stars and their planets. That time has almost arrived. Once NASA's Dawn spacecraft arrives at the asteroid Ceres in March of this year , and the space agency's New Horizons spacecraft flies by Pluto in July, humans will have completed the solar system exploration described above. They will have done so, of course, by creating complex and highly capable spacecraft that not only secure high-resolution images of the objects they encounter, but also roll across planetary surfaces to measure local conditions in a dozen different ways, including spectrosc
Post a Comment
Read more

HOW CLOSE ARE WE FROM BECOMING A EXTRATERRESTRIAL SPECIES?

February 01, 2015
HOW CLOSE ARE WE FROM BECOMING A EXTRATERRESTRIAL SPECIES?
Post a Comment
Read more
More posts