Showing posts from May, 2015
Show all

The Feasibility of Interstellar Propulsion

May 29, 2015
Recent revelations of NASA's Eagleworks Em Drive caused a sensation on the internet as to why interstellar propulsion can or cannot be possible. The nay sayers pointed to shoddy engineering and impossible physics, and ayes pointed to the physics of the Alcubierre-type warp drives based on General Relativity. So what is it? Are warp drives feasible? The answer is both yes and no. Allow me to explain. The empirical evidence of the Michelson-Morley experiment of 1887, now known as the Lorentz-FitzGerald Transformations (LFT), proposed by FitzGerald in 1889, and Lorentz in 1892, show beyond a shadow of doubt that nothing can have a motion with a velocity greater than the velocity of light. In 1905 Einstein derived LFT from first principles as the basis for the Special Theory of Relativity (STR). So if nothing can travel faster than light why does the Alcubierre-type warp drive matter? The late Prof. Morris Klein explained in his book, Mathematics: The Loss of Certainty, that math
Post a Comment
Read more

May 28, 2015
According to a Tuesday story in the UK edition of the International Business Times, Neil degrease Tyson , the celebrity astrophysicist and media personality, advocated a space race between the United States and China. The idea is that such a race would spur innovation and cause industry to grow. The Apollo race to the moon caused a similar explosive period of scientific research and engineering development. The idea of a repeat of the 1960s era space race is not a new one , by any means. China has certainly been making great strides in space exploration, launching Shenzhou crewed missions in low Earth orbit and a number of Chang’e probes to the moon. The Chinese have made no secret of their desire to land people on the lunar surface and exploit Earth’s nearest neighbor for its resources, in particular, helium 3, a material that could fuel future fusion reactors. If they were to achieve such a feat while the American space program is still mired by inadequate funding and a lack of a c
Post a Comment
Read more

TORONTO – Heading to Mars is a must for Buzz Aldrin. But don’t plan on coming back anytime soon. The former NASA astronaut and second man on the moon was in Toronto this weekend for the National Space Society’s International Space Development Conference, an event that brought together scientists, businesses, educators, and students from around the world to discuss the future of space. The Apollo 11 astronaut believes that sending people to the red planet may mean leaving them there — for now. When asked when we might first see people on Mars, he said, “Not so soon that we have to bring them back.” The plan might sound similar to the Mars One Project, a privately run initiative to colonize the red planet by 2025. But leaving people on Mars is where the similarities end. Aldrin believes that we need to have patience and that it would be more cost-effective to leave people on Mars as settlers. His vision consists of getting people to the planet by 2035 and in various stages. And
Post a Comment
Read more 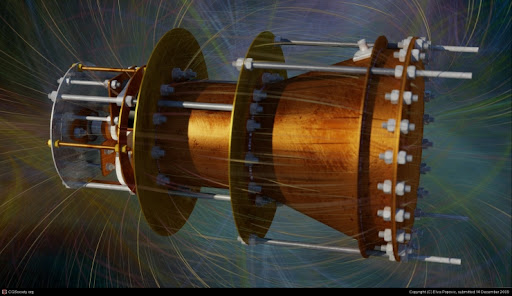 Recent NASA EM Drive tests were reportedly successful enough to once again excite the world with possibilities of shorter travel time to outer space. Results of tests on a prototype engine system conducted by a NASA Johnson Space Center team indicate a small amount of thrust based on the EM Drive. The EM Drive is an invention by the British that is said to "create thrust without propellant by bouncing microwaves around inside a chamber." The success of the NASA test has fuelled talk of the agency finally creating a warp drive to propel spacecraft into outer space without the use of fuel with less transit period. Speculations on the application of the test cover enabling transit vehicles to travel from Earth to the moon with four hours. More ambitious speculations have space transports going to Mars and other planets. NASA, however, downplayed the results saying it has not yet created a new fuel-free, faster than light propulsion system. Space agency officials is
Post a Comment
Read more

Here's How Planet Hunters Are Going to Find the Next Earth

Twenty years ago, discovering another Earth sounded like a science fictional dream. But within a generation, astronomers now believe we might do just that. “Finding evidence of life beyond Earth is not a pipe dream,” said Natalie Batalha, an astronomer at NASA’s Ames research center. “Its something we can accomplish—maybe not within my lifetime, maybe within my daughter’s life.” Batalha’s sentiment was echoed last Saturday by the men and women who spoke at the opening ceremony of the Carl Sagan Institute at Cornell University. The institute, brainchild of astronomer Lisa Kaltenegger, was founded to explore the diversity of worlds we’ve just begun to glimpse on the cosmic horizon. If we’re lucky, we may find another planet like Earth. Or a dozen. Or a thousand. “How do you figure out if a world orbiting another star is a habitable place?” Kaltenegger said. “We’re living in the first time in history that we have the tools to answer that question.” Finding Earth 2.0 won’t be eas
Post a Comment
Read more 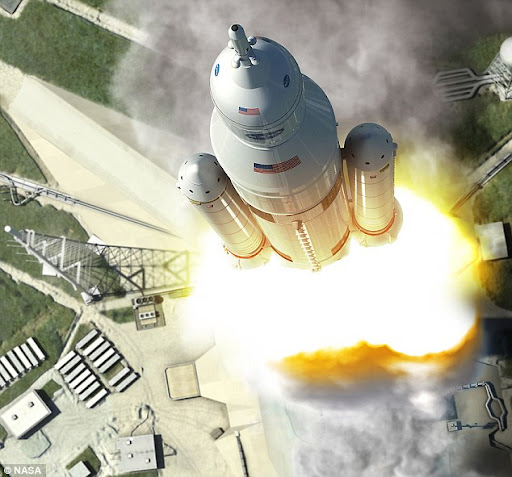 Construction of the Space Launch System has already begun Rocket will eventually be 384 feet tall and weigh 6.5 million pounds Will be powered by four RS-25 engines - previously used to send space shuttle into orbit It is set to be the rocket that could one day take man to Mars - and will be the biggest ever made. Nasa's Space Launch System (SLS) will be the most powerful launch vehicle ever built. The space agency is this week beginning a major 'critical design review' that will see the blueprints for the giant rocket being signed off within weeks. The critical design review May 11 at NASA's Marshall Space Flight Center in Huntsville, Alabama 'We've never said building a rocket is easy,' said SLS Program Manager Todd May. 'We pore over every part of this rocket during these reviews. 'Thousands of documents and months of time are put into making sure the design is sound, safe and sustainable, and will make NASA's mission of f
Post a Comment
Read more

The National Aeronautics & Space Administration (NASA) has revealed plans to explore unknown physics as part of its efforts to 'revolutionize space exploration' by making travelling into the distant universe a reality. It has been revealed by NASA that it is looking forward to develop warp travel and wormholes in an attempt to make travelling into the distant universe a reality. The agency said that by collecting more information regarding gravity, space-time and the quantum vacuum, sending robots on interstellar missions could become a reality. The advanced forms of propulsion are among those technologies on which the agency wants to work for the next 20 years under their Technology Roadmaps. Human exploration, robots, landing systems and nanotechnology are among those 15 areas that will be studied. However, the emerging propulsion technologies are considered to be the most important as NASA said that it will make efforts to develop advanced engines. An Alcubierr
Post a Comment
Read more

The First Observation Of Atmospheric Changes On A Rocky Exoplanet 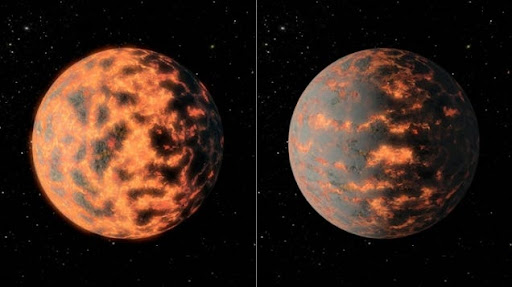 It may be a terrestrial planet, but the changing atmospheric conditions on the so-called “Diamond Planet” are absolutely nothing like what we experience here on Earth. 55 Cancri e is a super-Earth located about 40 light-years away. It has a radius about twice the size of Earth and a mass that’s nearly eight times larger. The super-Earth — the first ever discovered around a main sequence star like our own — has an exceptionally tight orbital period, requiring less than 18 hours to complete one revolution. So needless to say, it’s transiting rapidly and at a close proximity to its host star, 55 Cancri A. As a team of European astronomers has recently learned, 55 Cancri e’s atmosphere is subject to some fairly dramatic changes: this tidally locked super-Earth’s “hot” dayside fluctuates between 1,000 and 2,700 degrees Celsius. That’s quite an atmospheric mood swing. “We saw a 300 percent change in the signal coming from this planet, which is the first time we’ve seen such a huge le
Post a Comment
Read more 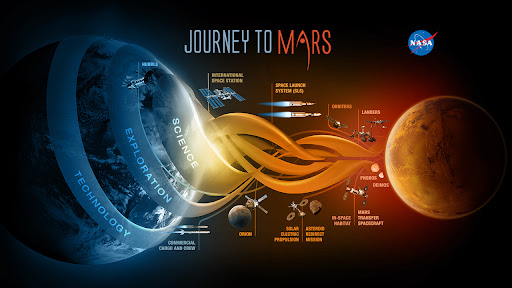 NASA administrator Charles Bolden opened the Humans to Mars Summit at The George Washington University on Monday by telling an audience that the agency is on track to meet a goal set by President Obama five years ago of landing humans on the red planet in the 2030s. “This plan is clear, this plan is affordable and this plan is sustainable,” Bolden said. ”I’ve spent my entire life being 20 – 30 years away from going to Mars, and I think we’re incredibly closer today.” Bolden’s comments came shortly before the release of a new study(PDF) from Explore Mars, Inc. — the non-profit organizing the Humans to Mars Summit — with input from NASA. The report details six “building blocks” needed to carry out a journey to Mars — the new Space Launch System, Orion spacecraft, a deep space habitat, entry, descent and landing techniques (EDL) and new technologies like solar electric propulsion and a Mars ascent vehicle. “I’m pleased to report that work is already underway at NASA on four of the
Post a Comment
Read more 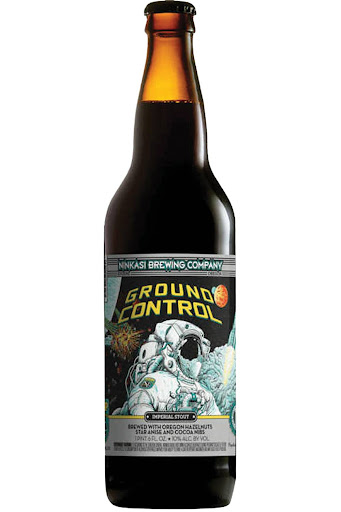 Space beer is here, and it’s outta this world. In a gimmicky but irresistibly fun collaboration, Ninkasi Brewing Co., of Eugene, Oregon, went where no brewer has gone before by teaming with amateur rocketeers to send yeast to space—and then brew with it. The result, Ground Control Imperial Stout, launched May 1 at Mandalay Bay. Flavored by star anise, hazelnuts and cocoa nibs from Theo Chocolate of Seattle, the bittersweet 10 percent-ABV brew’s star ingredient is the well-traveled fermenting agent. Although the yeast’s flavor wasn’t noticeably altered, its cells microscopically elongated during the interstellar journey. “This is all about exploring the future of brewing,” Jamie Floyd, Ninkasi's founding brewer and co-founder, says. “While these groups are working to push the boundaries of access to space, we are hoping that our missions will help propel the brewing industry forward—well into the future.” In collaboration with amateur rocket scientists from Portland, Orego
Post a Comment
Read more 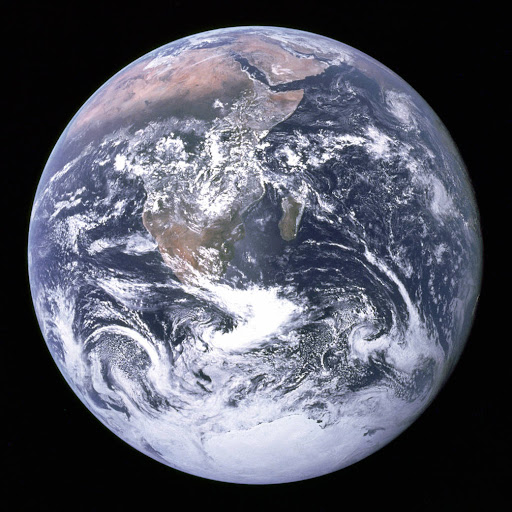 A draft policy outline passed on a party-line vote by a House committee last week calls for redirecting funding from NASA’s Earth science programs into the space agency’s heavy-lift rocket and Orion crew capsule programs, an outcome NASA’s administrator said will set back climate change research. The two-year authorization bill recommends NASA receive $18.53 billion in fiscal year 2016, which begins Oct. 1. That is the same funding line requested by the White House in February. But there are major policy disagreements outlined in the bill, which provides $500 million less to NASA’s Earth science division than requested by the Obama administration. The Earth science spending authorized in the legislation is $300 million below the division’s budget this year. If enacted into law, the Republican-authored authorization bill would provide funding guidelines for budget appropriators who will later draw up detailed spending plans for federal agencies, including NASA. The legislation
Post a Comment
Read more
More posts