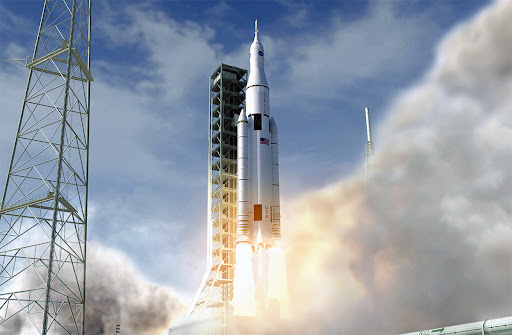 NASA has been toiling away on its heavy-lifting Space Launch System since around 2011, and now those rocket plans have taken another giant leap toward actual usability. The Administration announced earlier today that one of the SLS's three main configurations has successfully gone through its critical design review phase, two months after the program turned in its official findings to an independent review board. In case you haven't been keeping tabs on NASA's new moonshot, "heavy lifting" means more than just delivering big payloads into orbit. The SLS is also meant to carry the new Orion capsule -- and up to four brave spacefarers -- on missions that could extend well beyond the influence of our blue marble's gravity. It'll still be a while before we get to that point, though; the configuration that just got approval from the brass is the weakest of the three, with the ability to lift a minimum of 70 metric tons with the help of two solid rocket boos
Post a Comment
Read more

October 22, 2015
The most bemused man in America must be former Speaker of the House Newt Gingrich. In response to a question at a campaign stop in New Hampshire, former Florida governor and current presidential candidate Jeb Bush pronounced Gingrich’s idea of a moon base as “pretty cool.” The former speaker must be asking himself, where was that kind of support in 2012 when he first proposed building a moon base by 2020? Indeed, a number of recent developments have made the once ridiculed idea cool again. The saga of the Gingrich moon base proposal started in the heat of the Republican primary campaign in late January2012. Gingrich, then running for president, delivered a space policy address at a town hall in Brevard Country, Florida, where a great number of aerospace workers reside. The heart of his space policy consisted of a moon base that he suggested would be constructed “commercially.” He did not provide any more details or lay out a rationale for the bold project, aside from vague references
Post a Comment
Read more

October 15, 2015
Former Florida governor touts 'aspirational goals' When former House Speaker Newt Gingrich proposed the idea of forming colonies on the moon during his 2012 presidential bid, he got a lot of laughs. But not from Jeb Bush. The former Florida governor said Wednesday that he liked the idea. Recalling the skeptical responses to Gingrich's pitch, Bush said he remembered thinking, "Really? I think it's pretty cool." Bush, speaking before an aircraft at the McAuliffe-Shepard Discovery Center in Concord, New Hampshire, called for ramping up the United States' space program and blasted President Barack Obama for cutting back. "We now access space by the Russians. I don't think that's a smart idea. This is the same country that's running circles around us in all parts of the world," he said. Bush, who admitted he's biased about the space program because he's from Florida, called for "more aspirational&qu
Post a Comment
Read more

There is a chance that the search for real life aliens may be reaching its final phase. Between the constellations of Cygnus and Lyra, astronomers have found an array of objects orbiting a star that they say could possibly be enormous alien artefacts. Or comets. But strangely, the idea of real life aliens isn’t just some distant possibility voiced in an effort to grab attention – the highly reputable scientists involved are giving the aliens theory very serious consideration. For four long years, the Kepler Space Telescope stared at over 150,000 stars, recording the minuscule interruptions in light that are caused by everything from orbiting planets and moons to passing comets. This process generated so much data that it was impossible to analyse it automatically using algorithms, so the Kepler Space Telescope astronomers decided to crowdsource the analysis. They created an organization called Planet Hunters and invited citizen astronomers to help out by looking for patterns in the l
Post a Comment
Read more

NASA: ‘We are closer to sending humans to Mars than at any point in NASA’s history’ 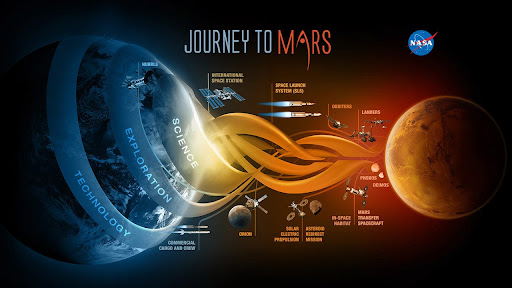 NASA just released its latest report on the next steps that the agency plans to take on its journey to land the first humans on Mars. In their report, the agency boldly states: “While far away, Mars is a goal within our reach. We are closer to sending humans to Mars than at any point in NASA’s history.” Frankly, that goes without saying — their technology is more advanced than at any point in history, and since the Apollo missions, NASA has sent over a dozen orbiters and landers to the Red Planet in order to scope out its geography, atmosphere, chemical composition, and much more. Here’s a diagram of all the NASA probes that have or will visit Mars, and how each new mission has brought us that much closer to sending humans: However obvious NASA’S bold statement may seem, it’s one the agency is proud to make: This is the first time in over 45 years that the US — as well as humankind — has a chance to visit another world beyond Earth. Could it be that NASA will once agai
Post a Comment
Read more

How to prepare for Mars? NASA consults Navy sub force 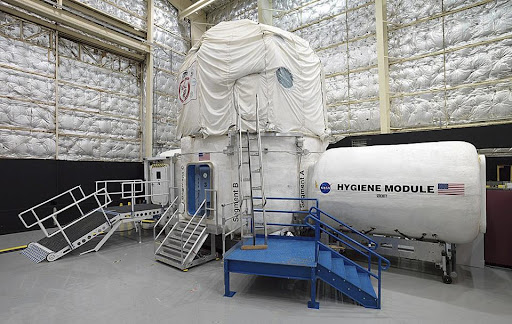 As NASA contemplates a manned voyage to Mars and the effects missions deeper into space could have on astronauts, it's tapping research from another outfit with experience sending people to the deep: the U.S. Navy submarine force. The space agency is working with a military laboratory at the submarine base in Groton, Connecticut, to measure how teams cope with stress during month-long simulations of space flight. While one travels through outer space and the other the ocean's depths, astronauts and submariners face many of the same challenges. Isolated for long stretches of time, they rely on crewmates for their lives in remote, inhospitable environments. "We have a shared interest with the Navy in team resilience," Brandon Vessey, a scientist with NASA's human research program, told The Associated Press. "When you stick people together for a long period of time, how are they going to do?" The Navy research that piqued NASA's interest start
Post a Comment
Read more
More posts