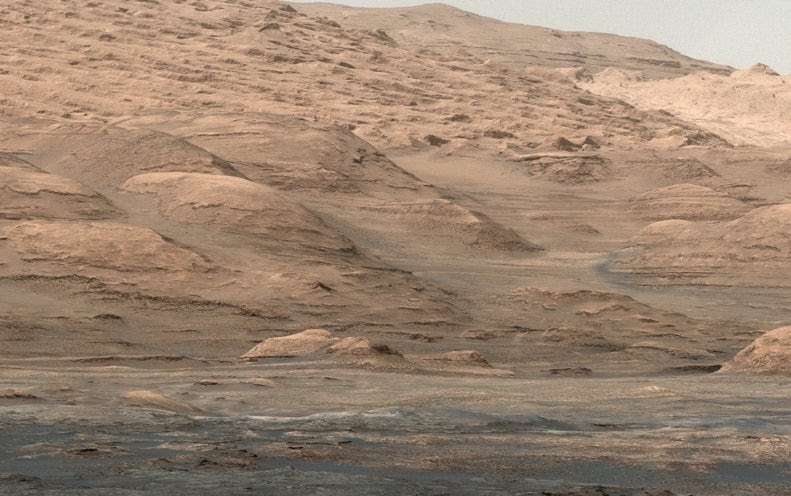 On the second day of the IAC, during a special keynote entitled "Making Humans a Multiplanetary Species," Musk will discuss the long-term technical challenges that need to be solved to support the creation of a permanent, self-sustaining human presence on Mars.

The technical presentation will focus on potential architectures for colonizing the Red Planet that industry, government and the scientific community can collaborate on in the years ahead.

In the past, Musk has detailed his intention to use a Red Dragon spacecraft to fly to Mars in un-crewed mode in the 2018 time period. Later flights of the craft would transport humans to the planet.

Using supersonic retro propulsion to touch down on the Red Planet, the Red Dragon may well deploy scientific devices, particularly hardware that could demonstrate made-on-Mars propellant.

"If you talked about this 15 years ago we probably would have been institutionalized," Shotwell told a standing room only audience. "The conversation has changed … now we can talk about going to Mars," she said.

A key SpaceX propulsion development for Mars is the Raptor, a liquid oxygen/methane engine, Shotwell noted, pointing out that the first Raptor engine will soon be test fired.

In terms of what a 2018 un-crewed Red Dragon might take to Mars, "we haven't figured out how do you get stuff in Dragon onto the surface, but we're working on it," Shotwell said.

"We're working on some ISRU [in-situ resource utilization] payloads," Shotwell added. "I need my spaceship back to take more people to Mars. The return trip is free."

In terms of degree of difficulty for SpaceX Mars planning, Shotwell said that the hardest thing is getting return fuel from Martian resources. "Mining your own fuel on the surface to lift off again…because the return trip I think is really important," she said.

Shotwell said that SpaceX is looking at some electric propulsion technologies for in-space activities.

"There's a lot to do," Shotwell observed. "I want to see transportation to other solar systems … get into a spaceship and go to some crazy planet. All those new clothing opportunities," she suggested.

Among those interviewed is Elon Musk, chief rocketeer at SpaceX:

"The future of humanity is fundamentally going to bifurcate along one of two directions: either we're going to become a multi-planet species and a spacefaring civilization, or we're going to be stuck on one planet until some eventual extinction event. In order for me to be excited and inspired about the future, it's got to be the first option," Musk says in the series.

Before "Mars" premiers, there will be an extensive digital virtual-reality experience available at: www.MakeMarsHome.com