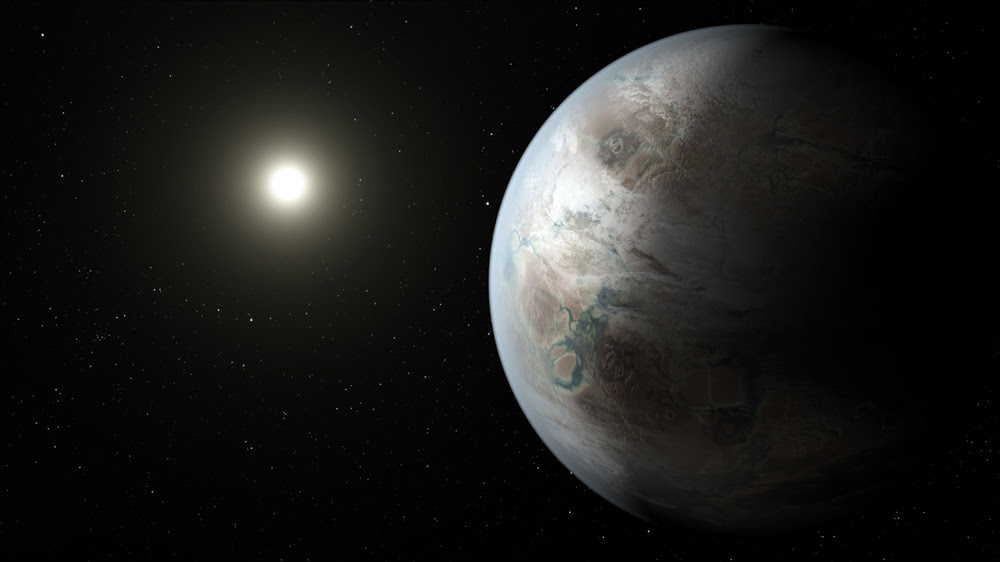 A theoretical project could help to turn marginally habitable planets into rich environments capable of hosting microbes, a new paper argues. The project is reminiscent of a fictional machine called "the Genesis Device," which appeared in two 1980s "Star Trek" films, but the author told Space.com that the resemblance is mostly coincidental.

In the film "The Wrath of Khan" (1982), the Genesis Device was accidentally deployed and created a whole new planet in a time span of just days or weeks. The real-world device would be used to plant terrestrial lifeforms on an existing planet that has some of the ingredients of habitability, but not all of them.

An idea for a sort-of real-world version of that fictional device, called the Genesis project, is described in a new paper by Claudius Gros, a professor who studies complex system theory and simulated robotics at Goethe University Frankfurt in Germany.

In the new paper, Gros argues that it would be possible to terraform planets (effectively make them more like Earth), using robotic probes that would carry terrestrial organisms and deposit them on the surface of the alien planet. However, the technology for such probes is not even in the design phase, making it uncertain when such a project could come to light.

"The Genesis project is about giving life [the chance] to evolve all by itself on other planets," said Gros in an e-mail to Space.com. "This process is robotic only in the sense that the initial seeds will be transported by robotic interstellar probes."

If scientists find a planet that is generally hospitable to life and seed it with the right kind of organisms, Gros says there could very likely be "global-scale ecological disasters" in the first while, such as "uncontrolled blossoming of unicellular algae." But, he said, the planet would be expected to stabilize in a few thousand years. Whether or not the newly deposited life-forms survive, or even thrive, will depend on several factors, such as how much carbon dioxide is in the planet's atmosphere, the average temperature of the planet, and how much sunlight reaches the surface (or if the life-forms must rely on another energy source, like hydrothermal activity).

Of course, once a real-world planet is "seeded" with life, things won't play out the way they do in the movie "The Search for Spock" (1984): evolution will proceed at a normal pace. And unlike the film, the planet wouldn't age rapidly, either.

Scientists have strong evidence that life appeared on Earth about 1.2 billion years after the planet's formation, but there are also hints that organisms may have appeared only half a billion years after the planet's birth. Multicellular animals and planets only appeared with the Cambrian explosion, close to 550 million years ago. While something like the Genesis project could jump-start this process on another planet, Gros said, it would depend on the specifics of the planet; for example, it would still take at least 10 million to 100 million years for the terrestrialorganisms to produce oxygen and have it accumulate in the planet's atmosphere, making way for more advanced life-forms. "Enough time to watch more than a few 'Star Trek' movies," he joked.

Gros added that he thinks the technology needed to send these terraforming probes to other planets should be available in 50 to 100 years. But he said his outlook will be influenced by the success of a project called Breakthrough Starshot, which aims to send postage-stamp-size probes to the star system nearest to Earth, using a massive laser to kick-start the probe on its journey. The Starshot project was just announced in April; its leadership includes famed physicist Stephen Hawking and billionaire investor Yuri Milner.

"The Genesis project is quite unique in the sense that there will be no tangible benefit for humanity," he added. "There is, however, no doubt that the project will be realizable both scientifically as well as economically in the not too far future. Personally I find the thought of life flowering elsewhere in the universe very appealing."

As described in the paper, two of the reasons that Gros feels the device could be feasible at some point are the success of exoplanet searches in finding small, rocky planets that could have some characteristics that make them potentially hospitable to life, and early-stage studies on robotic interstellar travel (including the Breakthrough Starshot proposal). However, it is unclear exactly when a device like the one described by Gros could be ready, as much of the work in these fields is in the early stages.

Should Genesis be deployed, Gros acknowledges an ethical dilemma with the situation. If some form of life already exists on the planet (something the scientists who launched Genesis didn't notice), it's possible the newly introduced life-forms would wipe out the native life-forms.

Gros writes that there are two general points of view for planetary protection, which contrast the scientific benefit for humanity with the idea that independently evolved life has "value per se." Gros advocates balancing these options in each individual situation to figure out what the best solution is.

Gros' research has been accepted in the journal Astrophysics and Space Science, and is available now on the pre-publishing site Arxiv.