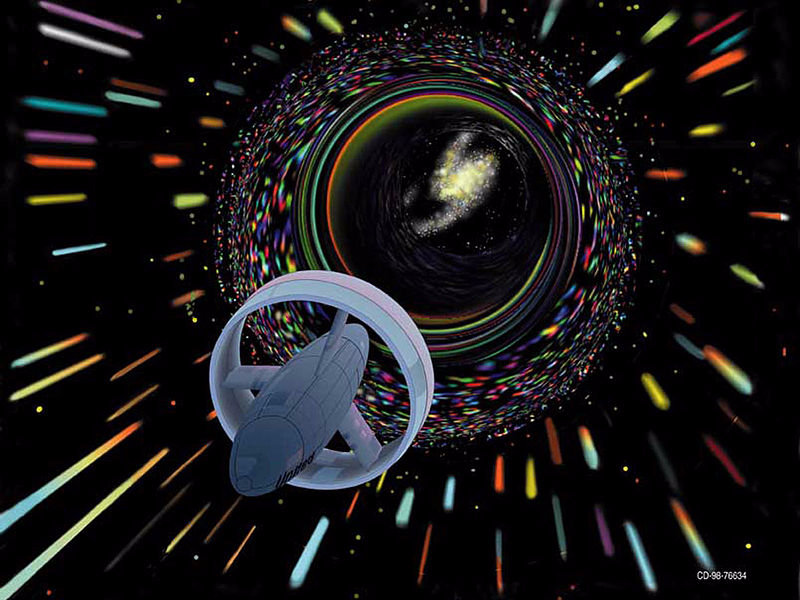 The results of NASA's tests on the 'impossible' EM Drive have been leaked, and they reveal that the controversial propulsion system really does work, and is capable of generating impressive thrust in a vacuum, even after error measurements have been accounted for.

The EM Drive has made headlines over the past year, because it offers the incredible possibility of a fuel-free propulsion system that could potentially get us to Mars in just 70 days. But there's one major problem: according to the current laws of physics, it shouldn't work.

The issue is the fact that the EM Drive defies Newton's third law, which states that everything must have an equal and opposite reaction. So, according to Newton and our current understanding of the world around us, for a system to produce propulsion, it has to push something out the other way (in space, that's usually combusted rocket fuel).

But the EM Drive works without any fuel or propellants at all. It works by simply bouncing microwave photons back and forth inside a cone-shaped closed metal cavity. That motion causes the 'pointy end' of the EM Drive to generate thrust, and propel the drive in the opposite direction.

Despite years of testing and debate, the drive remains controversial. The bottom line is that, on paper, it shouldn't work, according to the laws of physics. And yet, in test after test, the EM Drive just keeps on working.

Leaked data
Last year, NASA's Eagleworks Laboratory got involved to try to independently verify or debunk the EM Drive once and for all. And a new paper on its tests in late 2015 has just been leaked, showing that not only does the EM Drive work - it also generates some pretty impressive thrust.

To be clear, despite rumours that a NASA paper on these tests has passed the peer-review process, the version that's been leaked hasn't been published in an academic journal. So, for now, this is just one group of researchers reporting on their results, without any external verification.

But the paper concludes that, after error measurements have been accounted for, the EM Drive generates force of 1.2 millinewtons per kilowatt in a vacuum.

That's not an insignificant amount - to put it into perspective, the super-powerfulHall thruster generates force of 60 millinewtons per kilowatt, an order of magnitude more than the EM Drive.

But the Hall thruster uses fuel and requires a spacecraft to carry heavy propellants, and that extra weight could offset the higher thrust, the NASA Eagleworks team conclude in the paper.

Light sails on the other hand, which are currently the most popular form of zero-propellant propulsion, use beams of sunlight to propel them forward rather than fuel. And they only generate force up to 6.67 micronewtons per kilowatt - two orders of magnitude less than NASA's EM Drive, says the paper.

The NASA Eagleworks team measured the EM Drive's force using a low thrust pendulum at the Johnson Space Centre, and the tests were performed at 40, 60, and 80 watts.

They were looking for any sign that the thrust could be a result of another anomaly in the system, but for now, that doesn't appear to be the case.

"The test campaign included a null thrust test effort to identify any mundane sources of impulsive thrust, however none were identified," the team, led by Harold White, concluded in the paper.

"Thrust data from forward, reverse, and null suggests that the system is consistently performing with a thrust to power ratio of 1.2 ± 0.1 millinewtons per kilowatt."

But the team does acknowledge that more research is needed to eliminate the possibility that thermal expansion could be somehow skewing the results.

They also make it clear that this testing wasn't designed to optimise the thrust of the EM Drive, but simply to test whether it worked, so further tweaking could make the propulsion system more efficient and powerful.

Tests in space
So where does this leave us with the EM Drive? Again, the results haven't been published as yet - although rumours are circulating that we're getting tantalisingly close to that happening - so we need to take these leaked results with a grain of salt.

But they do offer further evidence that the thrust produced by the EM Drive is real. So it might be time to start trying to figure out how the system could work - and, more importantly, start testing the drive in space.

Thankfully that's scheduled to happen in the coming months, with plans to launch the first EM Drive having been made back in September.

And back in June, a team of researchers from Finland proposed a way that the EM Drive could work without defying Newton's third law, by propelling photons as a type of exhaust - although that hypothesis has yet to be tested.

We're still a long way off understanding how the system works - or if it works at all - but a lot of brilliant minds are now seriously considering the possibility that we might have a way to get to space without rocket fuel. We're excited to see what happens next.