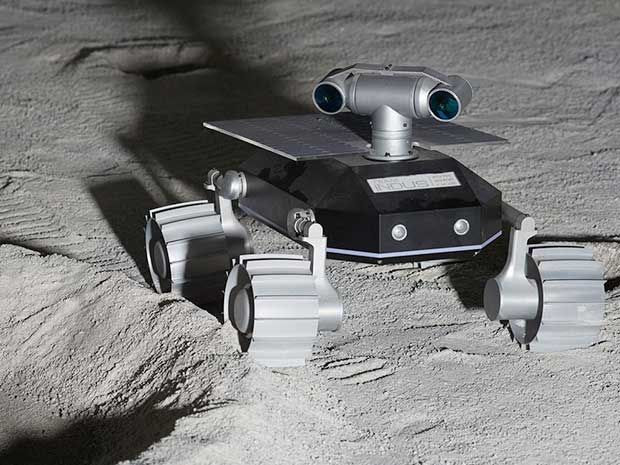 Five teams have advanced to the last stage of the Google Lunar XPrize, prize administrators announced today. This year, the groups will race to ready their spacecraft for missions to land on the moon, move at least 500 meters across the surface, and transmit images and high-definition video back to Earth. The first to do so will claim the top prize: US $20 million.

The five finalists are: SpaceIL, a non-profit based in Israel; Moon Express, a lunar-resources-oriented company based in the United States; international Synergy Moon, which is aiming for more cost-effective space exploration; for-profit Team Indus from India; and Japan-based Hakuto, which is operated by another firm interested in lunar resources—ispace.

The finalists have all signed launch contracts that have been vetted by the Google Lunar XPrize. SpaceIL and Team Indus have secured spots on well-established launch vehicles: the SpaceX Falcon 9 rocket and the Indian Space Research Organization’s Polar Satellite Launch Vehicle, respectively. Hakuto will share a ride with Team Indus. Moon Express and Synergy Moon have secured rides with firms that have not yet launched anything into orbit: Rocket Lab USA and Interorbital Systems.

According to revised guidlines, a team can stay in the competition only if it initiates its launch by 31 December, 2017.

Notably absent from the list of finalists is Part Time Scientists, an international team based in Germany that announced it had secured a launch contract last year. The team did not meet the timeline for the prize, with a launch in 2017, Google Lunar XPrize senior director Chanda Gonzales-Mowrer told IEEE Spectrum.

Also absent is longtime front-runner U.S.-based Astrobotic, which withdrew from the competition. In December, Astrobotic’s chief executive wrote about the move, explaining that the prospect of rushing to make the XPrize deadline conflicted with the company’s goal of building a sustainable, long-term business. He said Astrobotic aims to fly its first mission in 2019, “when our customers and technology are ready.”