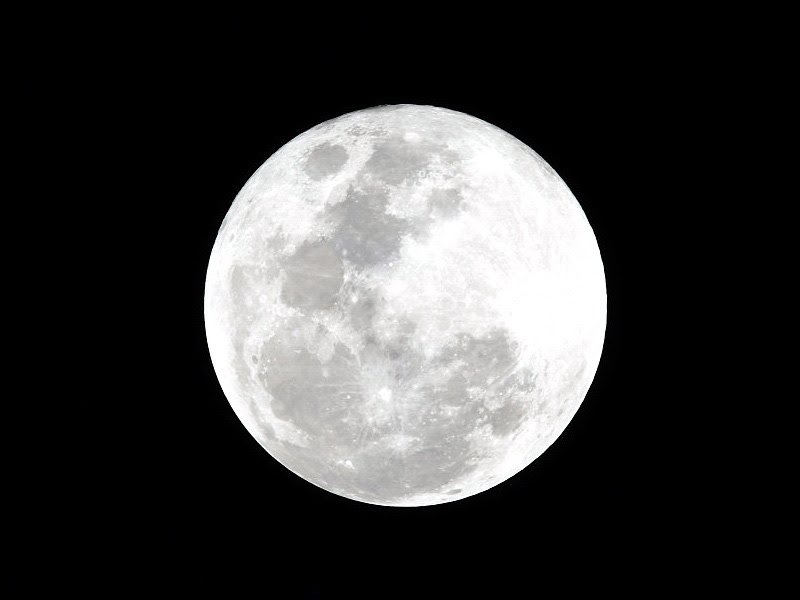 President Trump has indicated that he wants to make a splash in space. During his transition, he spoke with historian Douglas Brinkley about John F. Kennedy's famous 1961 vow to go to the moon before the decade was out. Now Trump and his aides may do something very similar: demand that NASA send astronauts to orbit the moon before the end of Trump's first term — a move that one Trump adviser said would be a clear signal to the Chinese that the U.S. intends to retain dominance in space.

NASA already has a plan to launch its new, jumbo Space Launch System (SLS) rocket with an Orion capsule on top in late 2018, a mission known as EM-1. No one would be aboard. The capsule would orbit the moon and return to Earth, splashing down in the ocean.

This is intended as the first test flight of SLS and part of the integration of the new rocket and new capsule. Significantly, the SLS and Orion are both still under construction.

According to current plans, a crewed mission, EM-2, would not be launched until several years later under the NASA timeline — certainly not during Trump's current term. That crewed mission would also orbit the moon.

Lightfoot wrote: “I know the challenges associated with such a proposition, like reviewing the technical feasibility, additional resources needed, and clearly the extra work would require a different launch date. That said, I also want to hear about the opportunities it could present to accelerate the effort of the first crewed flight and what it would take to accomplish that first step of pushing humans farther into space.”

This is, by NASA standards, a bombshell announcement, because major missions involving new hardware and astronauts are typically planned many years in advance. Rush jobs are not NASA's way.

At the same time, NASA officials and space policy experts understand that Trump wants to do something dramatic. Scott Pace, head of the Space Policy Institute at George Washington University, said earlier this week, “There is strong interest in finding significant near-term accomplishments that can be done in the first term.”

Bob Walker, an adviser to the Trump transition team and a former congressman who chaired the House Science Committee, said Tuesday: “What I hear being discussed is the potential for sometime within the first Trump term being able to go and do an Apollo 8 mission" -- meaning a lunar orbit mission like the one performed by Apollo 8 in December 1968.

“This would be another precursor to ultimately landing. And I think sometime within a second Trump term, you could think about putting a landing vehicle on the moon,” Walker said.

“It's also a demonstration of our technological competence. At some point, I think the Chinese need to awaken to the fact that the U.S. does intend to maintain its pre-eminence in space. I can guarantee you that if we don’t go ahead and do a program like this, the Chinese are headed in that direction.”

But Walker did not say such a mission would necessarily have to use NASA's SLS rocket and Orion capsule. Entrepreneurial space companies, including Elon Musk's SpaceX and Jeffrey P. Bezos's Blue Origin, are planning their own heavy-lift rockets. (Bezos owns The Washington Post.)

Newt Gingrich, an influential adviser to Trump when it comes to space issues, is among those pushing for a more entrepreneurial space program. In an email to The Washington Post, Gingrich, who said he was on a trip to Antarctica, blasted NASA for becoming an agency that avoids risk, and said the space program should leverage the enthusiasm and money of the many billionaires interested in commercializing space.

“The key is to liberate space from government monopoly and maximize the inventive entrepreneurial spirit of the Wright brothers, Edison, Ford and other classic Americans,” Gingrich wrote. “Done properly we can be on the moon in President Trump's first term and orbiting Mars by the end of his second term.”

Here is the full “Agency Update” sent to NASA employees by Lightfoot:


Good morning! As I've discussed before, we continue working closely with the transition team. The members of the team are excited to be a part of this great agency and everyone is committed to keeping you informed of developments. I know you’ve been reading a lot in the media and hearing from colleagues about what may or may not be our future direction. I want you to know that when those decisions are made, you’ll hear it from me.

From my interactions with the transition team, NASA is clearly a priority for the President and his administration. Since most of you weren’t able to join me today at the Space Launch System/Orion Suppliers Conference, I wanted to share what I told that group. I told them how critical their work is to our future — to the nation’s future and our next giant leaps in exploration.

I shared that we've already hit a lot of milestones, and the next ones are on the close horizon. It’s a testament to your hard work that we were able to say that last year, and we’re confidently able to say it again this year.

The magnitude of what we’re doing with SLS and Orion is incredible, as are the capabilities we’re creating for this nation, which will take humans farther than we ever have before.

At NASA, we’re leveraging the very best the country has to offer on this work, and it’s advancing the national economy.

As the Acting Administrator, my perspective is that we are on the verge of even greater discoveries. President Trump said in his inaugural address that we will “unlock the mysteries of space.” Accordingly, it is imperative to the mission of this agency that we are successful in safely and effectively executing both the SLS and Orion programs.

Related to that, I have asked Bill Gerstenmaier to initiate a study to assess the feasibility of adding a crew to Exploration Mission-1, the first integrated flight of SLS and Orion. I know the challenges associated with such a proposition, like reviewing the technical feasibility, additional resources needed, and clearly the extra work would require a different launch date. That said, I also want to hear about the opportunities it could present to accelerate the effort of the first crewed flight and what it would take to accomplish that first step of pushing humans farther into space. The SLS and ORION missions, coupled with those promised from record levels of private investment in space, will help put NASA and America in a position to unlock those mysteries and to ensure this nation’s world pre-eminence in exploring the cosmos.

There has been a lot of speculation in the public discourse about NASA being pulled in two directions — what has come before and what we want to do now. At NASA, this is an “and” proposition, not an “or.” To get where we want to go, we need to work with the companies represented at the SLS and Orion suppliers conference AND those industry partners that work with us in other areas across the country — all of whom have the long-term view on this work. We must work with everyone to secure our leadership in space — and we will.

This is indeed an exciting time for our agency, and I know all of us share in this enthusiasm. I admire your passion and energy, and I want you to know how important you are to the success of the team and to the future of NASA. Your innovation and creative thinking will drive America’s influence in the coming years and decades.

Stay focused. Thanks for all you are doing every day, and I will share more with you in future updates.