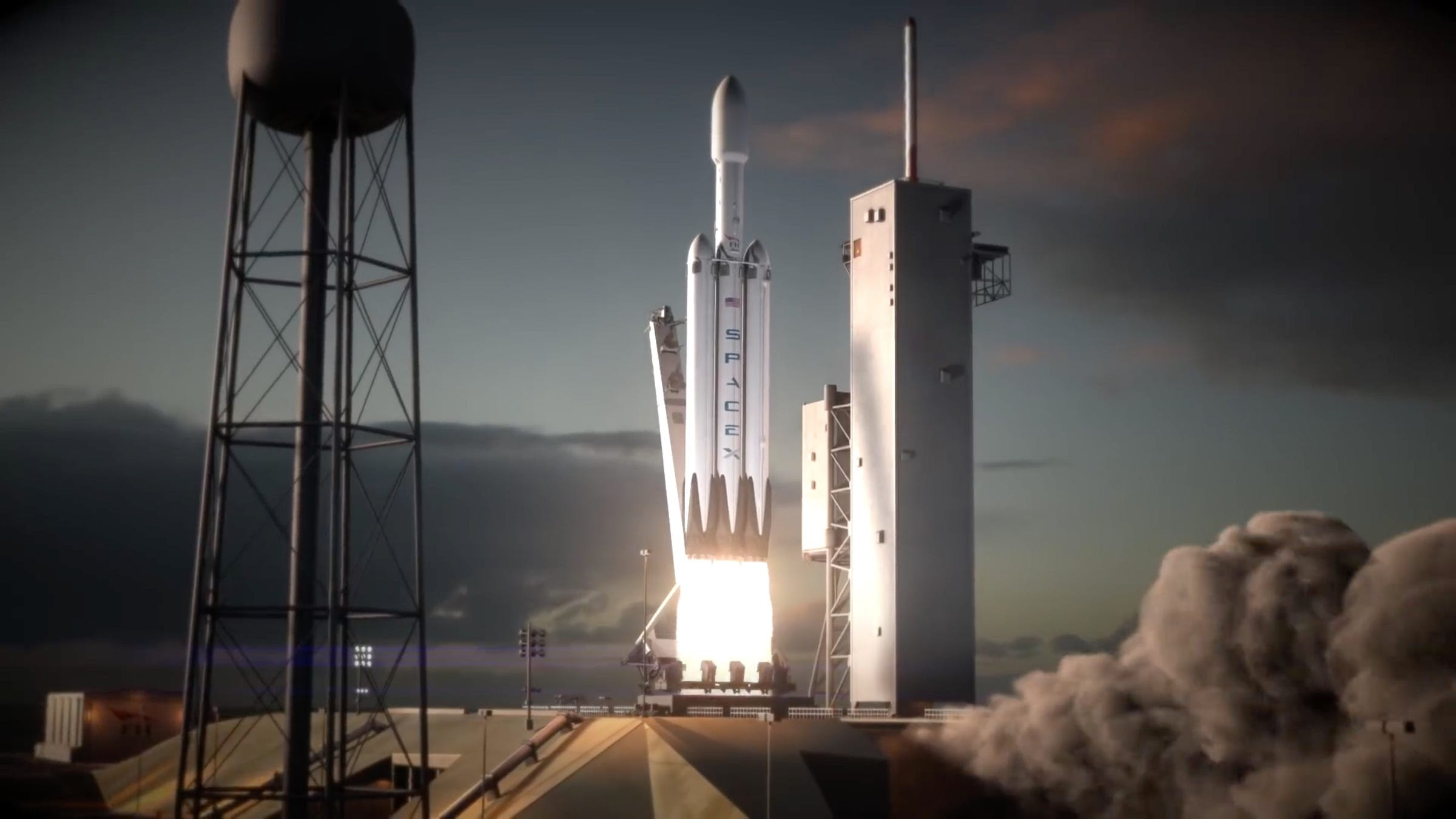 There's reason to be skeptical that Falcon Heavy will launch on time, however, since Musk has been known to miss deadlines and underestimate the difficulty of his endeavors.

For example, Falcon Heavy was originally supposed to launch for the first time in March. But an explosion on a launchpad in September, followed by a monthslong investigation and a temporary stand-down on launches, pushed the giant rocket's inaugural launch back to the third quarter of 2017.

But if SpaceX can pull off the launch, calling it a big advancement for spaceflight would be an understatement. 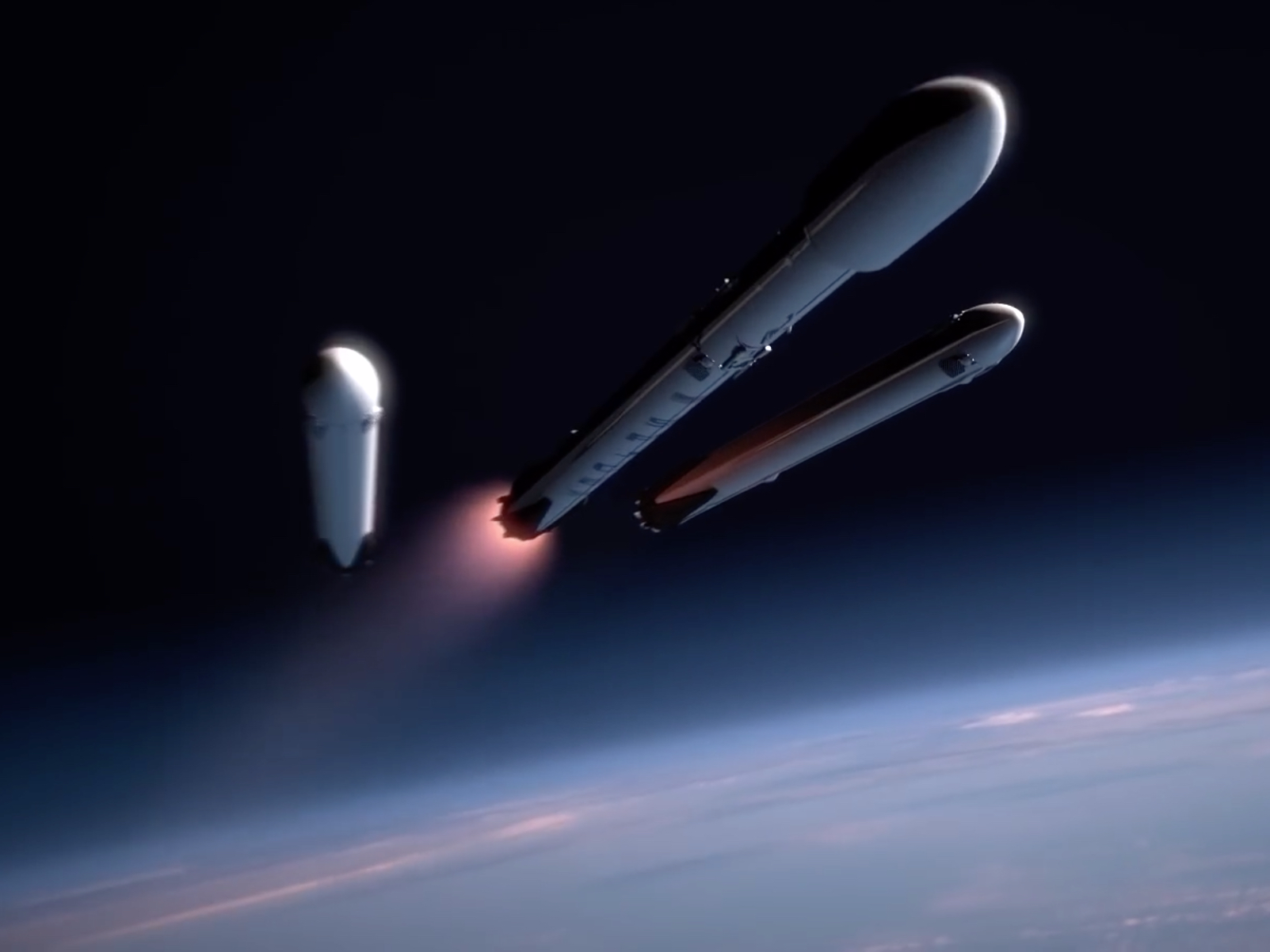 To blast off its Falcon Heavy rocket, SpaceX will strap two previously launched Falcon 9 boosters to the side of a new central rocket core.

After launch, the two side rockets would peel off and attempt to land themselves at Cape Canaveral, Florida, so they could be refurbished and reused for yet another launch.

The central core would continue flying for a little while and then detach from an upper-stage rocket, which would blast a payload into orbit. The core would then fall back toward Earth, land on a drone ship in the Atlantic Ocean, and also be recovered for reuse.

Nearly all rocket parts in history have fallen back to Earth as garbage. Musk hopes to break that expensive tradition by repeatedly launching, landing, and reusing his rocket parts. His hope is to reduce the enormous cost of launching things into space hundredfold and, later on, more than thousandfold.

Musk is the first to admit his plans are highly ambitious.

"We will probably fly something really silly on Falcon Heavy because it is quite a high-risk mission," Musk said in March after the successful launch of the unprecedented SES-10 mission, which was the first to reuse a Falcon 9 booster.

The tech mogul hasn't said what that silly payload might be, but his company did once launch a big wheel of cheese into orbit.