Vice President Mike Pence to NASA: 'It's about to get exciting' 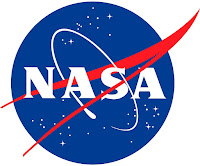 "Stay. It's about to get exciting."

That was Vice President Mike Pence's advice to a NASA veteran he met in Huntsville Monday afternoon. As chair of the nation's reanimated National Space Council, Pence will have a big role in generating that excitement.

Pence came to the Payload Operations Information Center at the Marshall Space Flight Center in Huntsville to see how it helps astronauts run science experiments in space. Pence also spoke via NASA communications link with station commander Randy Bresnik and flight engineers Mark Vande Hei and Joe Acaba. "This may be the most long-distance call I've ever made," Pence joked.

"I can assure you that under President Donald Trump, America is determined to lead once again," Pence told the astronauts, "not just in Low-Earth Orbit, but once again leading the world in space exploration."

Pence said the National Space Council will hold its first meeting in "a few weeks." Its job is to coordinate all of the parts and players in the military and civilian sections of America's space program.

Pence asked the astronauts how their daily efforts advance American space leadership. He was told about the lessons learned living months at a time in space and the kinds of science being done there. Lung tissue experiments are heading down from space in a supply capsule soon that could hold clues to curing cancer. "Cancer-seeking missiles," the astronauts called them.

After leaving the payload control center, Pence went to another Marshall building to see an engine section of the Space Launch System under structural testing. The test stand is 50 feet tall and the engine section itself 30 feet tall. It is where the rocket's engines and solid boosters will be attached, and engineers are using hydraulic cylinders to apply millions of pounds of force to the section to make sure it can survive launch pressures.

While in the test center, Pence met local leaders and posed for pictures with NASA team members. Pence even took one group selfie himself using SLS engineer Heather Haney's cellphone. Then he left NASA for meetings at some of the Army and Department of Defense centers that share Redstone Arsenal with NASA. The arsenal is home to several of the Army's biggest missile defense centers, and those sessions were closed.

The vice president then flew to Birmingham for a rally with Republican U.S. Sen. Luther Strange, who is facing former Alabama Chief Justice Roy Moore in a runoff Tuesday for the GOP senate nomination. The winner faces Democrat Doug Jones in December.